The Ghost of Mae Nak 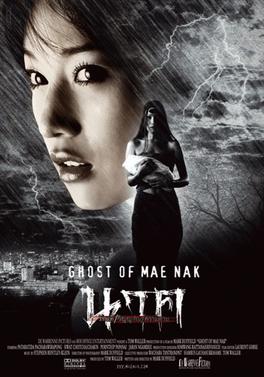 Every country has its ghost stories, myths and mysteries, Thailand is no different. A threat to most Thai children that if they don’t behave then Mae Nak (Mother Nak) will come and visit them, will almost certainly quieten the young offender and have their big brown eyes constantly checking for the feared ghost.

The story about Mae Nak is one of the most well known ghost tales in Thailand and a useful weapon in a mother’s armoury to dampen down the noisest child.

Their home was built on thick wooden stilts and Nai Mak quietly climbed the steps, he didn’t want to disturb his wife and child. He stood at the top step and lovingly watched his wife rearranging a basket of fruit, his young child slept peacefully near her.

Nang Nak unaware she was being watched, picked a lemon from the basket and sighed as it rolled from her hand and dropped to the floor, rolling until it disappeared between one of the many gaps in the wooden flooring.

The lemon settled with a quiet thud on the rough earth below the house. Nang Nak streched her arm the three metres or so down through the wooden flooring and retrieved the lemon from the ground below.

Nai Mak was shocked, his senses numbed, what everybody had been telling him was true. He slowly and without sound made his way back down the stairs.

The Ghost of Mae Nak 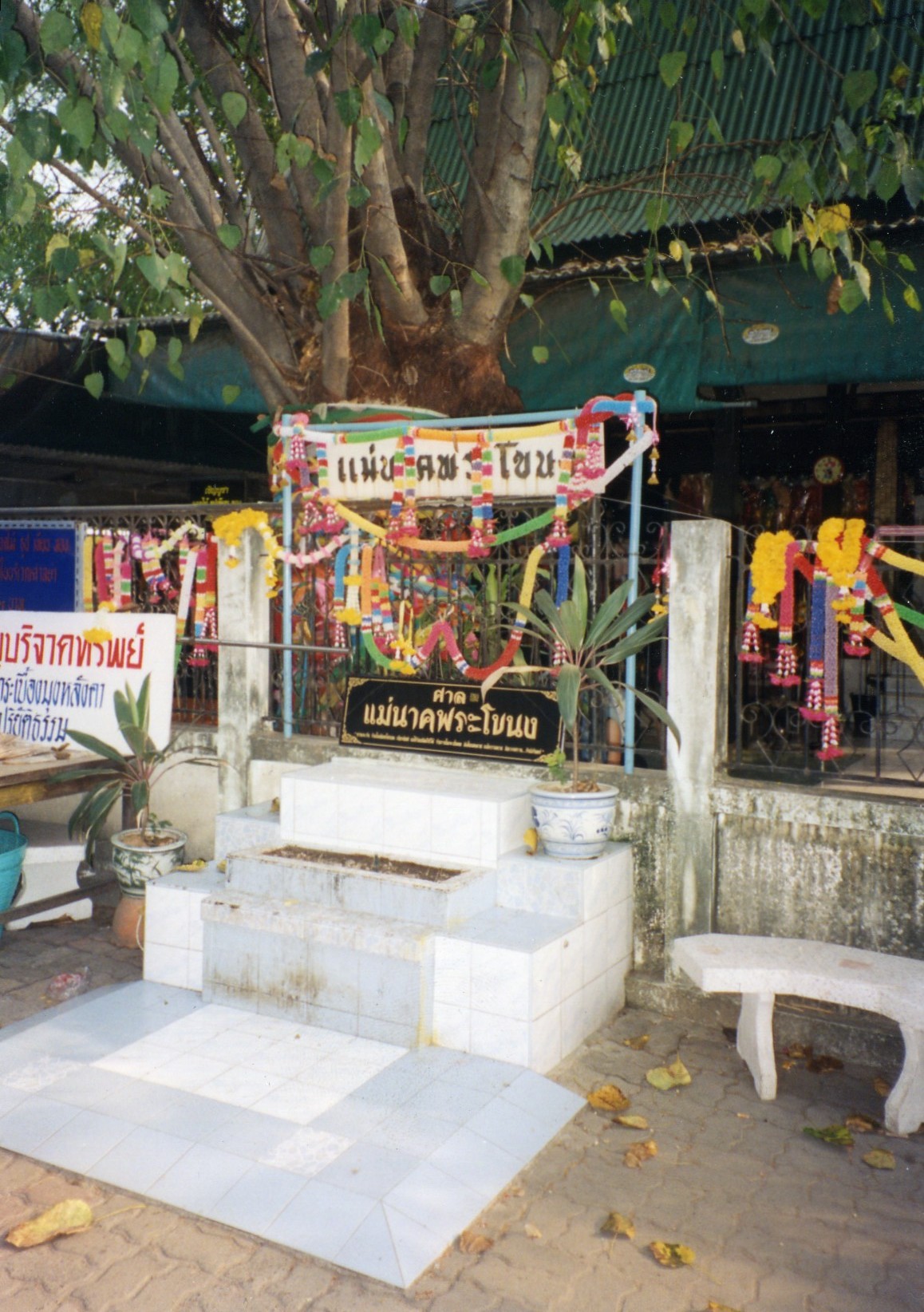 Nai Mak and his wife Nang Nak lived in Phra Khanong district, Bangkok. It was the 19th century, popular tales mark it as around 1870. Conscripted into the army Nai Mak went off to war, leaving behind his beloved and pregnant wife. During the fighting that followed, Nai Mak was badly injured and sent back to Central Bangkok to recieve treatment and recuperate.

Back in Phra Khanong, Nak and her unborn child had both died during childbirth. Mak returned to his home expecting a loving welcome from his wife and new born child. The welcome was more than he had ever dreamt of and their love more strong than ever, a caring family living together in harmony.

A series of gruesome murders within the community failed to alert Nai Mak that his wife and baby were spirits masquerading in human body form. Anyone who told Nang Nai of the mother and child’s tragic death during childbirth met an untimely end themselves, not once did he consider that a spirit might be brutally killing his fellow village folk.

On discovery of the heartbreaking truth when Nai Mak saw the spirit form of his wife stretch down and retrieve the fruit, he went back up the stairs and greeted his wife, bravely holding back his tears and fears. He spent one last evening with the two loves of his life.

In the middle of the night Nai Mak crept back down the stairs and fled into the darkness of the village. Soon after Nang Nai awoke and realising her husband had gone took chase after the man she loved and couldn’t let go.

A desperate Nai Mak now aware that the ghostly form of his wife was hell bent on taking him back, raced to Wat Mahabut and the refuge that its temple offered. An enraged Nang Nak returned to the village angry and saddened at losing the only love of her life.

Nang Nak’s spirit terrorized the village and after exorcism and voodoo shaman failed to rid them of the ghost, a novice monk arrived from Thonburi. The Buddhist monk coaxed Nang Nak’s spirit into a ceramic pot and after sealing it shut, cast the pot into a nearby river and in doing put an end to the tragic tale. The ghost story of Mae Nak is very popular in Thailand due to its love story and tragic deaths. Mae Nak has been sighted many times since.

Related Posts
The Ghosts of Kamchanod