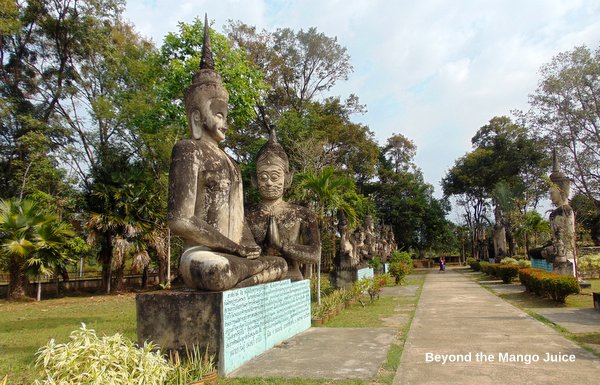 Sala Keo Kou in Nong Khai is the perfect place to remind yourself that life and its quieter moments can still offer breathtaking experiences and heart-thumping moments. Set on the outskirts of Nong Khai city, the sculpture park is a cultural attraction that deserves more publicity than it currently gets. I see this post as a chance to blow its trumpet and blast its horn. 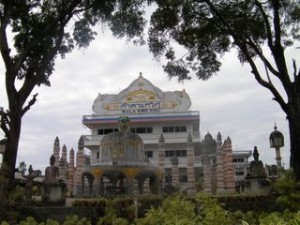 The concrete sculptures are the work of Luang Pu Bunleua Sulilat and his band of followers. Sala Keo Kou was created and erected by 100+ men and women who lived on the grounds and gave their labour for free.

Bunleua Sulilat (1932-1996) was a Thai born spiritual cult leader and concrete sculpture artist. When he was younger, stories allege that while out mountain walking, he fell into an open cave where a kind hermit named Keoku lived. The hermit taught Bunleua Sulilat about Buddhism and Buddhist mythology.

After many years of scholarship from Keoku, Bunleua ventured into Laos. In 1958 Bunleua started constructing the Buddha Park, near Vientiane. Twenty years later, on the other side of the Mekong River, Bunleua commenced work on the sculpture park three kilometres east of Nong Khai. The statues feature both Buddhist and Hindu mythological figures and illustrate many scenes from the life of the Lord Buddha. The Sala Keo Kou Pavilion pictured above houses the mummified body of Luang Pu Bunleua Sulilat. He died in 1996 after a lengthy illness.

The Buddhist Wheel of Life 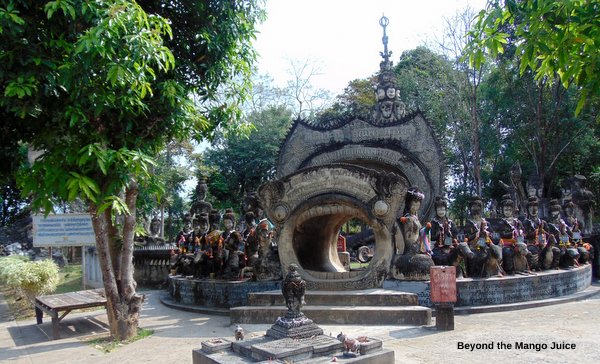 The sculpture park always attracts many Thai visitors and markedly more so on public holidays. On the occasions I have visited this beautiful site, there has been a small number of foreign onlookers taking in the sheer beauty and craftsmanship that the giant sculptures hold.

One of the main features is The Buddhist Wheel of Life. A concrete anthology of sculptures that follow the Buddhist path from birth through the life cycle – childhood, marriage, old age, death and eventual rebirth into a better life as a reward for merit made in their previous one. 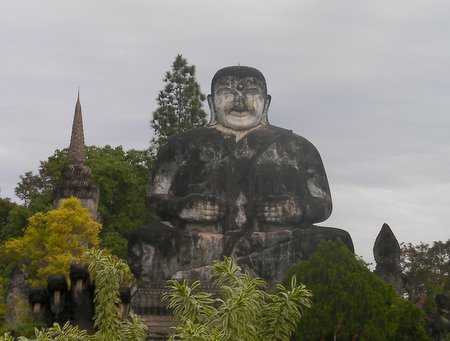 For the green-fingered and gilled tourist, you can feed fish in a well-stocked pond, and there is a garden centre with a variety of cactus for sale.

The sculpture park is an excellent way to spend free time and is a ten-minute drive from Nong Khai city centre. Just make sure your camera battery is fully charged and ready to capture the fantastic statues of Luang Pu Bunleua Sulilat’s Sala Keo Kou.