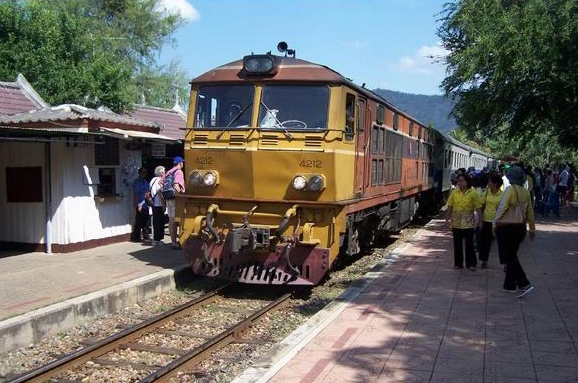 They first met on the roof of a train heading from Bangkok to Pattaya, both men had been a few baht short of the fare. Two men from very different backgrounds and with differing opinions on life, but both with one common cause. They had a hunger burning inside of them to become Soi (street) Dog Millionaires.

Wai Hai Man wondered what he was doing clinging to the roof of a train slowly winding its way to Pattaya. Born in the North East of England he had moved to Bangkok and down on his luck had become a shanty town soi dog, albeit the leader of the pack. Fed up with leading a pack of no hopers he was now heading to Pattaya to make his fortune.

Tee Hak Sing was also from the North East but in his case Thailand. The former North Eastern villager was also a former leader of his village pack, but had been deposed under a cloud of allegations concerning vote rigging and the purchase of some cheap rice fields. He was heading to Pattaya, on a broken shoestring, determined to make fame and fortune his, as a singer in the cabarets of Pattaya.

Side by side they both clung grimly to the roof, the strong headwind sucked the last 20 baht from Tee Hak Sing’s pocket.

A good education would have taught you to have put 20 one baht coins in your pocket and not a note. Looks like you’ll have to sing for our supper.

Me pockets have got holes in them and singing for our supper, we’ve got no bloody musical instruments.

A quick jaunt to the beach, grab a couple of coconut shells and off to a posh hotel. I’ll knock out a beat, you sing a song. We’ll be eating king prawns tonight.

There’s no bloody coconuts in Lady In Red. Chris De Burgh wasn’t sat on a bloody beach when he wrote it.

What a ghastly colour, Yellow Submarine would be better. Afterall we will be by the sea. Yellow River is another one.

I only sing  songs with red in the title, it’s my style. Red Red Wine is one of my favourites.

What about Blue by Simply Red.

Quiet. The station’s coming up.

They both clambered down from the train roof and avoiding the platform master headed off on the long walk to Pattaya beach and a search for some musical coconuts.

An afternoon spent scavenging amongst the food debris of sun seeking tourists for the perfect acoustical coconuts on Pattaya beach, resulted in the “unlikely lads” heading off in search of a posh hotel to sing for their supper. Two soi dogs, a pair of coconuts and one dream, strolling along together.

A fruitless couple of hours were wasted belting out Simply Red and Chris De Burgh numbers outside a posh hotel on Beach Road. Their return is seven baht and with a drunken tourist rendition of “Ingerland, Ingerland”  still ringing in their ears, disheartened they call it a day.

Late evening, fed but still famished, Wai Hai Man and Tee Hak Sing settle down for a nights sleep under the moon and stars glistening high above Pattaya beach.

I wish you hadn’t taken a bite out of the shell, Lady In Red won’t ever sound the same again.

What the bloody hell has that got to do with a half eaten musical instrument.

That Ingerland Ingerland song sounded a bit catchy, reckon we could make a few baht with that one, we could sing a duo.

Everytime you call me Wai Hai Man it reminds me of my childhood in England. Goodnight Tee Hak Sing.