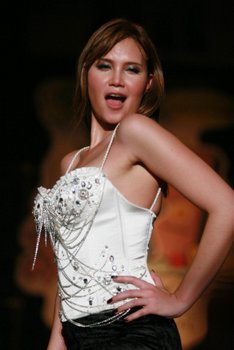 If you had to name five famous Thai people connected to the following categories: politics, sport, music and film, I am sure like myself, many of you would struggle to name three.

For those people for whom Thailand is a faraway land frequented by travellers in search of sun, sea and sex, they would probably struggle to name one.

Abhisit Vejjajiva, Thongchai Jaidee, Tata Young, Siriyakorn Pukkavesh and of course the man who would be most people’s first answer, Thaksin Shinawatra. All, with the exception of Tata Young, are names that hardly roll straight down the middle of one’s tongue.

Actress, model and TV presenter Siriyakorn Pukkavesh is better known by her nickname Oom, and I can assure you it has no connection to her role in the 2003 Thai movie The Adventures of Iron Pussy.

Thai nicknames are the white knight in shining armour for most visitors to Thailand. They often offer the bemused tourist a slight chance of remembering someone’s name should they meet up a second time.

Khun Siriyakorn’s parents may have put the oom-ph into their talented daughter, But, why do some parents name their children Moo (pig)? A mother’s cry “Pig, your dinners ready”,  may need some explaining. So I set off with my surfboard in tow, to with Google to find out why.

Thai family names did not appear until the early 20th century. In the years before, Thai’s addressed each other by using the formal first name and more intimately by their nickname. The nicknames get chosen at birth. Parents hope the chosen name will bring their offspring good luck. And as always in Thailand, a monk is usually sought for advice.

Thai Nicknames -Don’t Pin the Blame on the Pig 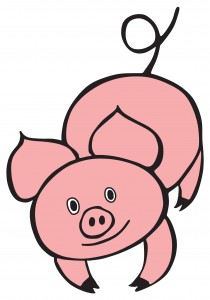 Apologies to beautiful Tata Young for placing her photo on the same page as a pig, but, like her, the hog does look very sweet. Moo is a  nickname that can mean pork as well as pig and is one of the names favoured by parents. So how do we arrive at Moo?

A Thai’s nickname such as Moo may get chosen because of their family involvement in pig farming; their parents love of eating pork, being born in the Chinese Year of the Pig, or at birth having similar characteristics to a hog. The latter being doubtful in the case of Moo. A straightforward explanation.

Animals, fruit, numbers, food, colours and size are some of the categories used by parents when choosing a nickname for their newly born baby.  Kai (chicken), Daeng (red), Neung (one), Boo (crab),  Som (orange) and Lek (small) are a few examples.

Multi-talented Siriyakorn Pukkavesh’s nickname Oom (อุ้ม), translates as to carry or to cradle. Who could argue with her parents choice as she now carries celebrity status?

Who is the Famous Maew (Cat)?

In Thailand, nicknames can arise at any time during a person’s life. School mates, work colleagues and friends often attach a nickname to their associates. However, someone’s nickname at birth will always hold court within their family circle. Maew (cat) is a widely used and traditional nickname in Thailand and one the Thai media tagged onto one of their most famous countrymen. 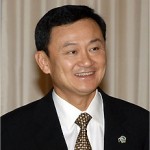 “Despite cohabitation in colonies, cats do not have a social survival strategy or a pack mentality. This mainly means that an individual cat takes care of all basic needs on its own (e.g., finding food, and defending itself), and thus cats are always lone hunters; they do not hunt in groups as dogs or lions do“.Source Wikipedia.

Is Maew, better known as Khun Shinawatra, planning on one day returning to prowl the hot tin roofs of Bangkok, or has the self-exiled cat lost his oom-ph. How about you, do you know someone who’s living up to their nickname.