A Reason To Dye For 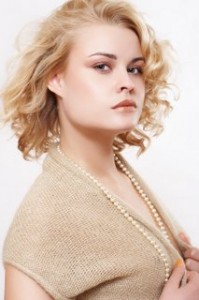 As the world recession bites even deeper, job losses are mounting as the credit crunch takes its inevitable toll. People everywhere in the world are combating the fear of losing everything they have worked so hard for in the past with the use of desperate measures and cunning means.

I was alerted to a recent article in the British tabloid newspaper the Daily Express which “highlighted” one method British women are turning to in an attempt to ward off the threat of losing their jobs and joining the growing army of British job-seekers.

Blonde haired women are returning to their “roots” and dyeing their hair brown in an effort to be taken more seriously at their workplace and stave off the threat of redundancy. Dumb blonde and blonde moment could be words of the past in the British workplace as the brunette and dark haired girl get the admiring looks for their academic skills and not their high heels. So have we heard the last of such gems as the one below.

What do you call an intelligent blonde?    A Golden Retriever.

The Daily Express article went on to say that independent researchers found that 62 per cent of workers believed that brunettes had a much more professional look around the workplace compared to their blonde counterparts. So how do the black haired females of Thailand rate in the professional stakes. 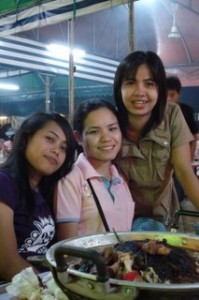 A report in The Nation last month stated from another independent source that worldwide only 24 per cent of women held senior management positions in companies compared to 38 per cent in Thailand. This above average figure ranked Thailand in 3rd position globally behind the top ranked women of the Philippines and Russia.

The report from consultants and auditors company Grant Thornton offers reasons as to why the Thai ladies rank so high. Strong commitment and determination are leading factors alongside attention to detail and being good listeners, but no mention at all of their dark coloured hair. Outside of the executive offices and free lunches how does the gentler sex shape up in modern day Thailand.

The late 20th century saw Thailand become one of the worlds top tourist hot-spots and with it came an evergreen forest of dollars and bucks. Tourists and expats have shifted land ownership in Thailand into the hands of many Thai ladies, proving that blondes have more fun but black’s the one when it comes to bricks and mortar. A case of Clever Trevor and Smart Alec handing over the keys of the Soi to Noi.

When it comes to the ladies of this world are your thoughts female or finance, does the hair that they wear mean blonde for fame and dark for brain. The Thai girl, from the smart class or a dumb lass?