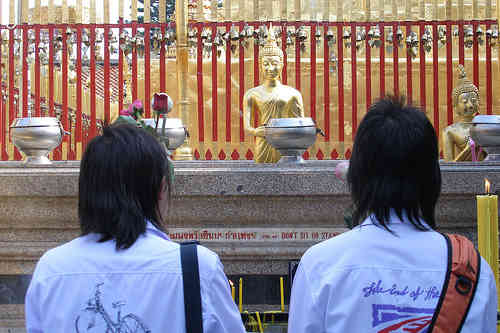 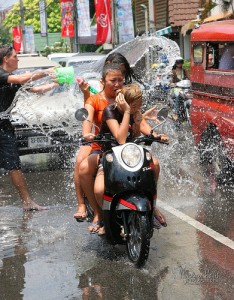 Thailand’s Songkran Festival has finished and the troubled country now attempts to return to some form of normality. The Land of Smiles seems to have lost it’s way in a period of political fighting that finally boiled over during Thailand’s New Year festivities.

It’s now time for the people of Thailand to stand and work together as one, like they have done many times in the past. In times of war, tragedy and even sport a nation more often than not forms a strong and long lasting bond.

Thailand’s many religious festivals are enjoyed by young and old together, celebrating their Buddhist religion and beliefs. City neighbourhoods and villages still celebrated this years Songkran no doubt pushing to one side allegiances and the political turmoil taking place elsewhere. Communities standing and pulling together for one common cause.

The Thailand – Burma Death Railway was built during World War II by forced Asian labour and Allied prisoners of war under the strict regime of the Japanese army. Over 80,000 Asian labourers and 16,000 POW’s died during their enforced labour on a railway that was to provide a supply line to the Imperial Japanese army in Burma.

One can barely start to imagine the terrible living and working conditions the rail workers had to endure. Disease was rife, malnutrition and malaria being two of the main contributors to the high death rate, overwork and inhumane treatment being others. The union and bond between the railway workers must have been beyond belief, they worked together until they fell.

Manus Boonjumnong won the Olympic Light Welterweight Boxing gold medal at the 2004 Summer games in Athens, Greece. After receiving millions of baht for his magnificent Olympic victory, Manus went the way that so many of his more well known boxing peers have gone.

Partying and gambling soon left the talented boxer broke. After a lot of soul searching and rigorous training Manus returned to the ring in 2006, winning gold at the Asian Games in Doha. With theThai nation firmly behind the reformed boxer, Manus went to the Beijing 2008 Olympics to try and win another gold medal for the forgiving Thai people.

Manus Boonjumnong impressively boxed his way into the final before losing to Manuel Felix Diaz of the Dominican Republic. A great comeback from a determined man who became the first Thai to win two Olympic medals as well as unite a nation on his finals night. 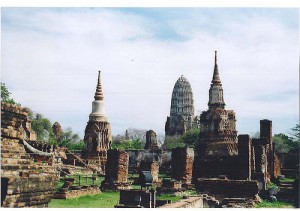 In the eighteenth century Burmese forces attacked Ayutthaya and encircled the capital city. With Ayutthaya under siege General Taksin the ruler of Kamphaeng Phet took his army to help strengthen the Royal forces in their battle against the invading Burmese army.

After valiantly defending the city for many days he soon realized that they were outnumbered, low on supplies and the war would soon be lost. General Taksin led his troops out of the city and broke through the ring of attacking forces at Wat Phichai.

After being continually chased by the conquering Burmese troops, Taksin rallied the Thai people together and set up camp in Rayong. A month later General Taksin and his army retook Ayutthaya.

His soldiers finally defeated the Burmese in Chanthaburi Province in June 1767. In December 1768 General Taksin was crowned King of Siam in the new capital Thonburi. One nation standing together against all odds.

Last but by no means least…….The tsunami that brought death and havoc to Thailand’s shores on December 26 2004 will never be forgotten. Around 5400 people perished on that traumatic day, I was staying in Thailand myself though faraway from the tragic scenes. The tsunami took away the precious lives of Thai and foreign tourists alike and with it the heart and soul of a country was ripped apart. 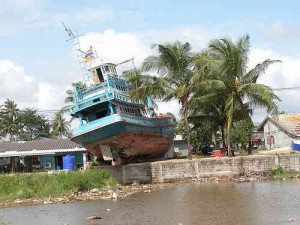 The brutal sea on that day savaged  the Thai economy and damaged the natural environment but it was the lives lost that could never be replaced. Thailand and the rest of the world united and stood together to help as much as they could, never for one moment forgetting the horrific loss of lives and the families living with extreme mental pain after the loss of their loved ones. They all worked together, as one.

Maybe it’s time for the Thai people, every boy, girl, woman and man to show their true colours and unite.

Photograph Two together by Argenberg