How Safe is it to Visit Thailand

How Safe is it to Visit Thailand 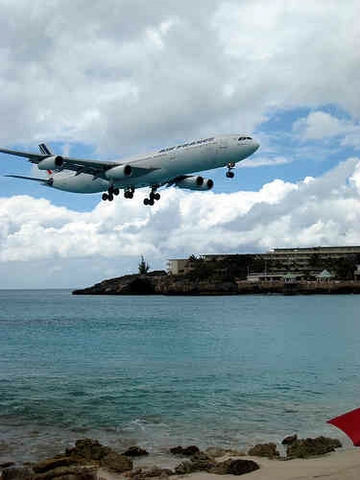 The recent tragedy resulting in the death of all 228 passengers on board the Air France Airbus A330 which plunged into the Atlantic en route from Rio De Janeiro to Paris, brought the number of airline passenger fatalities for the first six months of this year to 499, the highest first six month figure since 2002 (see UK Independant for full story). Unless things improve, this decade will be the first such period since the Second World War to have seen no improvement in aviation safety recorded.

Don’t worry, you will make it to Bangkok, aviation statistics prove beyond doubt that you will not be going down in the drink. Your return flight may prove to be more of a problem if recent events at Suvarnabhumi International Airport are anything to go by.

Recent publicity has highlighted an alleged scam that is in operation in the duty free shopping area at the airport. Tourists have been arrested for shoplifting and taken to local police cells where they are persuaded to pay an intermediary volunteer interpreter large sums of cash in return for bail. A British couple recently paid over £8000 in bribes and bail fees to secure their release, and it has since been judged they have no case to answer, but as yet, no money has been returned to them.

Those two stories got me round to thinking how safe is it to visit Thailand, and a quick Google search using those keywords led me to the country’s own tourist information site.

The official website Tourism in Thailand stated that using tap water to brush your teeth is considered to be safe although people with sensitive stomachs may occasionally experience some problems…. I was looking more for getting hit with a baseball bat and having your wallet stolen. I needed to research a bit deeper, and my own personal memory bank was a good place to start.

The biggest danger to you if you’re visiting Thailand is probably yourself. Drunken, loutish and abusive behaviour will almost certainly bring you trouble, but stick a pin in a world map and with those attributes you’ll find trouble anywhere just as easy. Naivety, and a basic superior air of arrogance, and ‘know it all’ attitude, are also the perfect tools for a ‘raining bedlam’ type holiday in the Land of Smiles.

The yellow shirt airport siege and more recent red shirt unrest in Bangkok and Pattaya have probably convinced many people that Thailand is not a safe country to visit, but I believe they couldn’t be more wrong. But where do we start in trying to convince those who think otherwise. 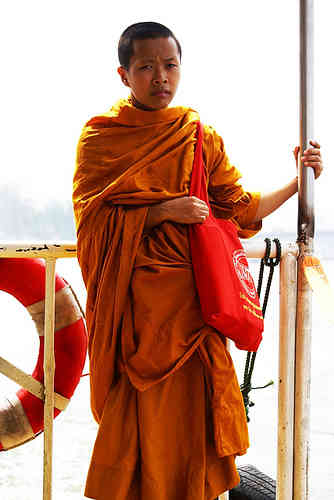 Buddhism is many things, but on a personal goal it’s all about developing your own self qualities to become a kinder and wiser person who is void of desire and aware of the suffering desire can bring. Hardly the make up of a European football hoodlum or Western egotistical sex tourist. Buddhism is Thailand.

In my ten years of travelling to Thailand I have suffered many of the great Western illnesses whilst in the country. Arrogance, stupidity, frustration and greed have all beset me, but not once has a Thai’s cure been anger or surface hate, mainly bewilderment at the state I was in. I am fortunate that violence is mainly immune to my system and in a parody of a lover or a fighter, I’m more the virgin who has had sand kicked in his face on the beaches of England not Phuket. Buddhism is against violence, not just towards others but also to oneself. Violence is not going to happen to you in Thailand unless you tick the box.

In any recession hit country, and the world is now embroiled in exactly that, crime will increase. When times are hard and people can’t earn enough money, some will acquire it by whatever means. Basic instincts and streetwise sense should tell you to avoid walking in unlit areas and darkened alleys, so unpack a little common sense when you arrive at your hotel.

The homicide rate in Thailand may be higher than many of its western counterparts but it’s lower than regions like Africa, South America, Eastern Europe and parts of the Middle East. The general rule of thumb that steadies the gun, is that Thais murder Thais, not foreigners.

Non violent street crimes are a different matter and although Thailand has a lower crime rate than most western countries, gold jewellery, handbags, mobile phones, passports and cameras are targets for snatchers prowling the streets of busy tourist areas. Keep everything hidden when possible and always stay alert. Crime against tourists in Thailand does occur on a daily basis, but with millions of sun seekers visiting the country every year the chances of it happening to you are very slim, probably a lot less than in your own country.

You may be wondering why I have included the above photograph of a Thai monk in a post that relates to crime. The photograph to me represents what Thailand is all about, a laid back race, which, for most of its people, is a simple daily life revolving around living off the land or the pickings a city can offer a hard worker. Thailand is a safe place to visit, but like anywhere in the world things can turn bad, but simple common sense can prevent you from bringing any ill luck upon yourself.