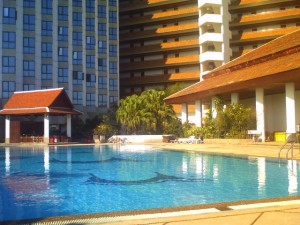 Udon Thani City gives out the impression of a busy, bustling city high on traffic and low on entertainment, but if you press the right buttons then the latter could give the former a saamlaw ride for its money.

A couple of years back the Napalais Hotel had arguably the best nightclub in Udon as part of its hotel complex, nowadays it’s closed and the hotel’s entertainment is a lone piano player who has a nightly spot in the hotel’s bar area serenading empty chairs, a routine karaoke bar and occasional restaurant singer.

In the entertainment race the Napalais Hotel wouldn’t get near enough to choke on the leading saamlaw’s exhaust fumes or hear it’s high pitched screeching brakes. Udon is a city where its top hotels, nightlife and falang cuddle together as one. So why would a modern middle aged woman, swap an international career at a busy Taiwan airport for work in a sleepy hotel away from the main drag.

Ying had worked at the Napalais Hotel for a little over one month when I met her although you would have been excused for assuming it was longer because of her assured, confident manner. Ying is in simple words a bar girl but not one of the ilk that works the bars of Bangkok and Pattaya. Ying’s duties are bar girl and stock controller, the latter similar to her previous employment in Taiwan.

In my previous post in this series Thailand At Work – Pattaya Bar Girl language communication was a problem throughout my interview, at the Napalais it resurfaced once more making some of the finer details about Ying’s life rather vague. 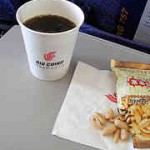 Taiwan Taoyuan International Airport is the home base for China Airlines and Ying was one of the airlines employees for three years previous to her returning to Thailand. She was employed through a Thai work agency as a food and beverages stock controller for either the guest lounges or aircraft supply, which I am unsure of. Ying enjoyed her work and life in Taiwan but due to increasing agency commission severely restricting her ability to save money she returned home to her parents and two children.

Ying is 35 years old and like so many Thai ladies has the familiar tale of a failed marriage behind her. Her parents live in Nongkhai on the border with Laos and Ying travels the 50 km stretch of straight road to visit them and her young boy and girl on her four days of free time each month.

Home for the remainder of her time is at the rear of the hotel complex where living quarters and food are provided for those employees that require them. The cost to Ying will be about 1000 baht deducted from her 6500 baht ($180 US) monthly salary. Tips will still fail to push her earnings near to the 7000 mark. Not bad money for Udon Thani, but never a get rich scheme waiting to happen. The Napalais Hotel is rich in daytime conferences and low on tourist bookings, a cocktail of tipping woe. 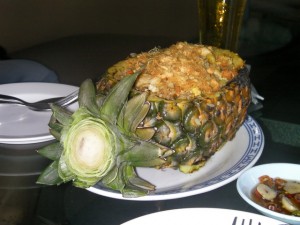 Ying’s hotel duties include serving meals and drinks as well as maintaining that the bar is fully stocked. The hotel bar staff work nine hour shifts from 7 a.m – 4 p.m  &  4 p.m – 1 a.m.  I found Ying to be a charming, courteous lady who went about her work with a smile and a professional manner.

Her hopes for the future are to gain promotion within the hotel but from my five years experience of visiting the Napalais she may soon realize that her dreams are slimmer than her monthly pay packet. Very little change happens at the Napalais. Promotion is an emotion rarely heard.

What story could finish without mention of every Thai girls dream ticket, a falang. Ying wants to meet a kind hearted westerner who can take care of her as well as her two children. Her dream man would be English, German or Dutch. Ying I think your samlaaw is slowly going nowhere on that one…. good luck.