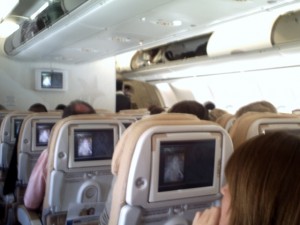 Flying direct from London to Bangkok involves nearly 12 hours of boredom made only slightly easier by watching movies, reading the duty free list and trying to sleep. Some unlucky souls departing from countries further afield have even longer stretches of mind numbing inactivity.
Then there’s this announcement…’ We remind you that this is a non-smoking flight, Etihad Airlines is proud to offer its passengers a smoke-free environment. Smoking is prohibited on the entire aircraft, including the lavatories. Tampering with, disabling or destroying the lavatory smoke detectors are prohibited by both civil and aviation law. ‘ ….and that finishes me big time.

If you’re not the type of person who enjoys movies, getting blind drunk or talking the hind legs off a donkey then Beyond The Mango Juice offers some obvious, and a few creative ways to pass your time in the big silver flying can on route to the Land of Smiles.

An easy choice but the difficult aspect is selecting what to read, as you’re heading to Thailand then irrespective of your experience of travelling there take the opportunity to enhance your knowledge a bit more. Private Dancer by Stephen Leather, Even Thai Girls Cry by J.F. Gump and Monsoon Country by Pira Sudham, are just three of the current bestselling popular Thai novels. Thai books cover a range of categories including fiction, history, humour and even gay Thailand. Check out a more comprehensive list atDCO Thai – Books and More.

Everybody loves a newspaper. Britain’s Daily Telegraph, America’s New York Times or the Australian Herald Sun are top of many people’s daily read in their home countries. In the week run up to your flight buy your usual newspaper each day but don’t read it. Put it into your flight bag.  That’ll give you seven days reading of your favourite newspaper and hopefully the hours will ‘fly’ by..

Completing a crossword puzzle can take ages but when it involves another language then your time will surely pass by as quickly as the aeroplane you’re sat in. Webster’s Thai to English Crossword Puzzles are a unique way of learning written Thai and their English meaning, Women Learning Thai has all the information on an innovative idea that might leave you scratching your head and wishing the flight had been just a little longer. 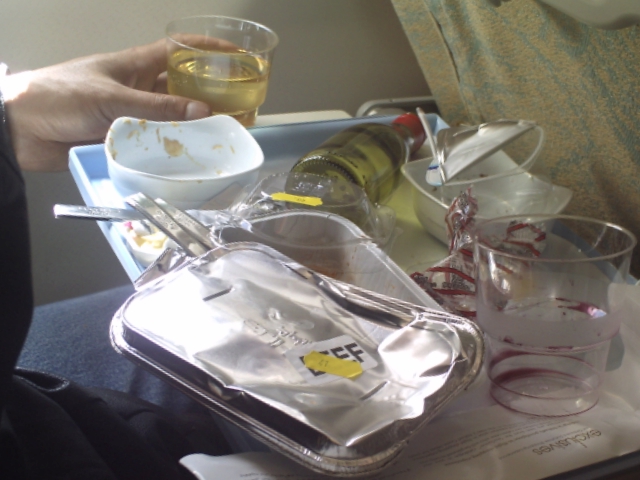 Blog posts, short stories, poems or just your thoughts in diary form are an excellent way to pass time and a method I use myself. You have all the time in the world, so make the most of it and enjoy your office space and free drinks served by some of the pretty girls in uniform.

If it’s your first vacation in Thailand and you haven’t learned a little of the language then take the long haul flight as a chance to do so. Even those conversant in basic or advanced Thai can use their free flight time to improve their language skills. Women Learning Thai has a vast range of free language resources as well as help in selecting a language course to suit you. Books, audio and computer courses are a great way to lose a few hours flight time and make you better prepared for the holiday ahead of you.

With most ipods having over 100 GB of storage there should be enough room to stock some Thai music. Listening to luk thung (country), pop or rock music will hopefully relax you and put you in the mood to sleep. It may be wise in regards to your fellow passengers to give karaoke a miss.

If you have already made your holiday itinerary then jot down an alternative one. Holiday plans can change due to bad weather, missed connections or just a plain simple change of mind. Use the flight time to lay down some guidelines as a back up to any unforeseen eventualities that may occur during your stay in Thailand. You may even find that your original itinerary has room for some of the good ideas from your new programme.

If you are taking a laptop with you then you’ll probably have a few games in mind to amuse yourself during the long haul. Airport Tycoon 3 and one of the many flight simulator games on the market should get you in the mood for landing and speed up its arrival. Playing solo card, and magnetic board games, are other options to keep your mind active and boredom at bay.

Take a sketch pad, crayons and pencils and sketch away those long flight hours. Alternatively buy yourself an origami book and create models of animals and sea life in three-dimensional paper fold. Bring out the artisan in you and Bangkok will arrive that bit quicker. 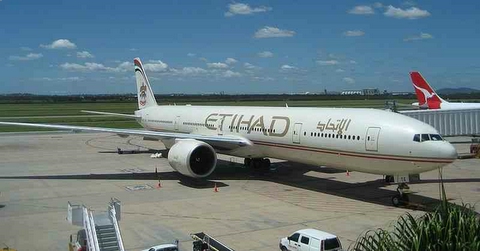 On 27 April 2007 two Australian businessmen gained international notoriety after behaving badly aboard an Etihad flight to Abu Dhabi. The two mining executives were accused of being drunk, stripping naked and offering flight attendants money for sex. The pair were detained in an Abu Dhabi prison for six weeks, telling news reporters they were treated inhumanely and were forced to live off ‘fermented camel meat’.

The men were eventually convicted of sexual harassment, given suspended jail sentences and deported from the United Arab Emirates. They were also fined 1,000 Dirhams for drinking alcohol aboard an Etihad flight without a liquor permit. The two Australians later vowed to sue Etihad Airways. The men were later dropped from the board of directors of the mining company they represented….source Wikipedia