A pensioner in Dundee, Scotland, is suing Tesco supermarket after a pineapple fell on her head at the Scottish store. The lawyer of Mary Raimo, 76, said that she could receive thousands of pounds in compensation. The basis of this unusual claim is that Tesco stacked the pineapples carelessly and the unfortunate lady who at the time suffered a concussion is now experiencing headaches and neck pains. There was no mention of the current condition of the pineapple. 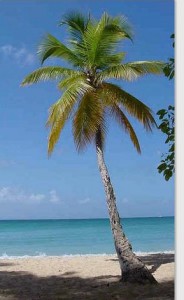 There’s not much chance of being hit by a falling pineapple in Thailand, but coconuts are an entirely different matter. Falling fruit in Thailand is not just a danger to your own personal well being but also makes the parking of your car or pick up one of paramount importance when visiting restaurants, markets or family and friends. Coconuts, however, are a much more severe threat they are a killer.

The Coconut Palm can grow up to 30 metres in height, and its feather shape leaves can fan out to a length of 6 metres. Calculations estimated that an average-sized coconut falling from such a height would be travelling at around 80 kilometres per hour when it hits the ground. Hence the need to pick them before they are overripe. The reason why the coconut falls from the tree is once it is ripe the stalk that holds it in place becomes very dry. A rush of wind can lead to a surprise for anyone unfortunate to be under the coconut tree (Cocos nucifera).

The actual origin of the coconut is disputed between Asia and South America although fossils discovered in New Zealand point back 15 million years and are of a coconut type plant. A healthy tree will produce about 50 nuts a year. Still, during its early years, the plant needs plenty of water, and a method used in Goa involves part burying salt under the soil to give nutrition and aid the development of healthy coconut trees. The coconut is a favourite of most people on the beaches of Thailand for its tasty, succulent meat and sweet-tasting water. The coconut has many other uses.

Everybody knows about foods and beauty products that make use of the coconut’s resources, but many other things are made from the husk (coir), shell and leaves.  The outer fibre (husk) is used as organic manure while charcoal, water spoons, forks, bowls and even bikini tops get produced from the shell. Hats, bags, brooms and thatched coverings are just a few of the items manufactured from the coconut leaf.

Malibu Coconut Rum is probably the most well known alcoholic drink that is produced from this most resourceful nut. Still, there is also the lesser-known Coconut Feni which is made from the sap of the coconut tree. Coconut Feni is a traditional product of Goa, and the distilled drink is of a very high alcoholic strength which is in contrast to a lesser-known Thai way of drinking the coconut juice. Ma Praw Paow is easier to make than it is to pronounce and is quite simply a coconut that’s roasted on an open fire and the liquid is then drunk while still warm. The coconuts used for Ma Praw Paow and the ones favoured by beach enthusiasts are the smaller younger green coconuts as the juice inside is much sweeter than the older brown fibred ones. So what about the ‘killer coconut.’ 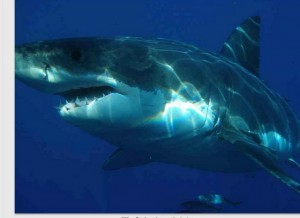 There is a saying in the shark community which says you have more chance of being killed by a coconut than a shark but whether that is true seems somewhat debatable. It was back in 1984 when Dr Merlin Tuttle, founder of Bat Conservation International stated about America ‘Statistically; you have a better chance in this country of dying from being hit on the head with a coconut than from a bat biting you.’

The phrase was further utilised in 2002 by George Burgess a Florida museum worker and director of the International Shark Attack File housed at UF’s Florida Museum of Natural History who spoke the words that the shark fraternity would later pick up on. Mr Burgess is also on record as stating that falling coconuts accounted for 150 deaths a year worldwide. The figure is more than 30 times higher than fatalities caused by shark attacks. The coconut versus shark death tally debate has a large amount of content on the internet, and the consensus of the ‘experts’ is that the 150 figure is way over the top. A low single-digit number is almost certainly nearer the truth.

The chance of you being attacked by a shark in Thailand’s waters is practically zero but to make your swim even safer avoid any coconut trees on route to the sea. Good luck.