The Road is Wrong With Many a Lisp and Burn

Thailand is hardly painted on the world’s great canvas in a complimentary way, not a dull black and white, more a mish mash of vivid colours. Some would say the original has been stolen, and a replica of Mother Thailand is now in place. After all, isn’t Thailand the top dog in counterfeit goods.

A visit to the BBC News website highlighted news about new tough laws in certain European countries in a bid to crackdown on counterfeit goods. In France and Italy, the authorities are now targeting those who buy counterfeit goods, with France imposing a maximum fine of 300,000 euro or three years imprisonment. You’d need one big fake handbag to hold that kind of money.

Thailand doesn’t get a mention in the report, but China is cited as the main offender for the 178 million fake items seized by custom officials in 2008. The United Kingdom is not taking the same tough stance against the buyers of such goods, and instead have launched a campaign to educate people about the root source and safety hazards attached to copied goods. 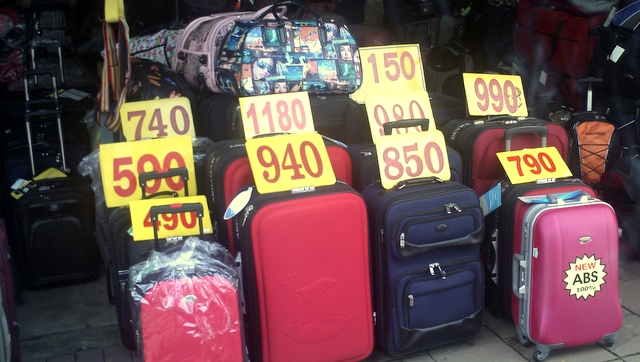 Fake watches, designer handbags and football shirts, of which many are better quality than their expensive peers, are sneaked through European customs on an hourly basis each day. For the most part, the cheap copy is for personal use or a present for family or friends, but many have their suitcases crammed full of goods for sale to help fund trips abroad. Why not buy a fake Polo suitcase to put it all in? Many do.

So is the ‘fake run’ a one way journey from Asia to the western world?…. those who believe that, probably pass Santa Claus on their way. Isaac Newton’s theory of what goes up must come down is nearer the truth.

The ‘fake run’ is on two-lane highway with goods on one side, and human traffic laden with a distinct lack of morals polluting the other. Maybe its about time the Tourism Authority of Thailand educated the bar girls of Pattaya and Bangkok about the fake tourists heading their way. Day, after day, after day.

The common theory goes that all the bad people in places like Pattaya and the drinking dens of Bangkok are bar girls. Those happy, respectful, vibrant young schoolgirls from the likes of rural Isaan, somehow turn eighteen and regenerate into lying, cheating hookers, whose morals are left to suffocate in the stifling hot air of their parents homes.

Mr Newton’s apple hit me bang on the head years ago and I don’t subscribe to that theory at all.

Most of the bar girls in Thailand are mothers of young children, single parents who have left their partners because of his infidelity or general non compliance to a reasonable relationship. Young mouths need to be fed, take a look at any chirping birds nest.

Most of these girls have not had a good education, and the lack of decently paid employment make their choice of a life pleasing drunk tourists, a difficult, but necessary one.

Believe me, if you took away single parent child benefit payments in the UK, before long there would be a hooker in every bar and on every street corner. The United Kingdom’s pyramid education system peaks to life’s most important lesson. Money means survival. 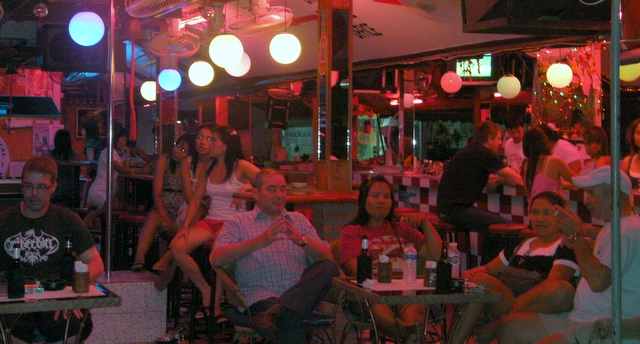 Most of the male tourists that hit the streets of Pattaya and Bangkok are packing a wedge of hard-earned cash, and carrying a damn good heart. It’s the others that to me are the imposter’s posing as rich men on white horses, riding to the rescue of the rural wench.

In 2002 I went to Thailand for an extended stay, in those days Pattaya was my killing fields, but hand on my heart, I ‘massacred’ with total respect for the bar girls. There was never any blood on my white horse. 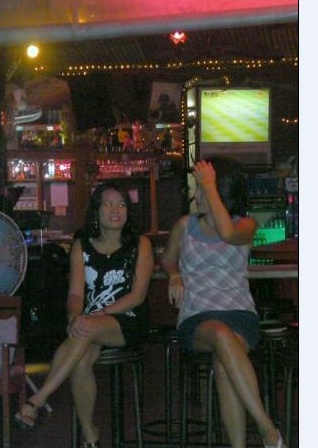 In 2002, I was in Thailand to relax and view England’s latest attempt to wrestle the football World Cup from more deserving hands. The 17th FIFA World Cup was staged in South Korea and Japan, but Pattaya was flush with European football fans feasting on their beloved sport and the extra time offered by the girls in the beer and go go bars.

One afternoon I was sat in the Bodega Bar on Second Road and two middle-aged Englishman came in sporting England shirts and both had a bar girl on their arms.

It wasn’t too long before the men were on their mobiles and it was clear they were talking to their wives back home in the UK. The patter was obviously preplanned, and they went about telling their better halves of the great time and wonderful weather they were enjoying in Japan, but complained about the country being so expensive.

I found the farce rather amusing. The type of amusement you’d get watching a school playground bully pick on a quiet, bespectacled, skinny bookworm, and then take one hell of a beating from the kid. I hoped their wives ‘heat’ was more intense than Pattaya’s afternoon sun and the two of them were sharing their ‘fruit’ with someone cute.

Well ladies the choice is yours, what would you rather have on your arm. Would it be a fake Cartier De Pasha watch that needs a bang every so often to get it going, or one of those guys whose gonna bang the minute your backs turned. Just one story of many.

Who’s to say that a better education in the rural schools would stop the bitterness, and I dislike the word, hatred, that many bar girls have towards certain tourists. It’s a bitter, hard to forget taste, brought on by broken promises, open lies, and the realization that your hope of a better future is walking past your bar with his arm around another bar girl.

France, Italy, England and whoever. Your policies may help stem the flow of cash into the hands of the criminals who plough their profits into drugs and prostitution, but the road you’re treading is a two-way stretch. You may be correct in addressing the ‘fake’ economy, but how about educating some of the bums you allow on aeroplane seats about Thai bar girls and the true life they lead. Your road is wrong with many a lisp and burn.[dublin-core-metadata]