I have been looking forward to September for a few months as it brings my next trip to the Land of Smiles and another chance to savour a couple more weeks basking in the beauty of Thailand. August was a month that brought no major news stories from the country but plenty of quality ones from the Thai blogosphere that seems to be growing in numbers with each passing month. Lets get straight into the best of August’s Thai blog posts. 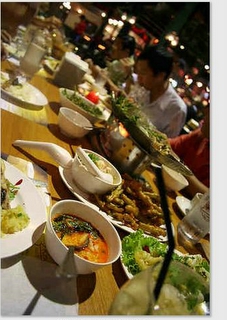 Keyword search hits play a large role in the success of any blog and the words snot, cock, cough and clinic will almost certainly land you on one of the Thai blog scenes best compositions from the past month. My Thai Friend and Tinglish Moments in Thailand is a very very funny account of some of Mike Rose’s bad English days in a country where the ex pats lack of Thai language skills are sometimes more than matched by the latter’s attempts to converse in the English vocabulary. I beg your pardon but was that gibberish or jargon, make up your own mind by clicking onto one of the very best blogs around.

Brushing up on my own Thai language skills have nowadays been made a lot easier with my regular visits to Women Learning Thai…and some men too. Keen photographer Catherine once again pushes to one side her camera to help us lingual wannabees with a post by guest writer and Thai language expert Rikker Dockum. Thai 101 Learner Series: Everything to all Men gives a valuable yet simply put lesson in building sentences. Catherine’s blog has a host of language lessons onboard and numerous links to learning resources. If you are serious about improving your Thai communication skills then check out this linguistic treasure trove.

If you’ve ever wondered what Dinner on the Chao Phraya, Bangkok might be like then look no further as The Thai Pirate takes to the water to give the inside view.  Ben takes a booze cruise on the river with the added company of his brother and their partners to enjoy some delightful Thai cuisine, bright lights, great sights and a ship crews ration of lager.

Love is always in the air for Malcolm and Ciejay in Wang Pho, Kanchanaburi but it was also a case of just that in the canine world of their village some while ago. Months back their neighbours dog Pooie got amorously entangled with one of the Soi Boys and last week Pooie became the proud mother of three pups. Retired In Thailand and Loving It delivers the goods with ” Look at Me I’m a Mommie “ and my guess is that Malcolm and Ciejay are going to have three new friends to spoil for a long time yet. Call me a softie but I just love a good dog story. 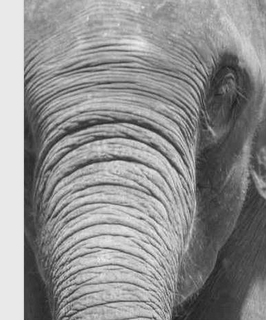 The elephant is the most loved of all animals in Thailand and Thailand, Land of Smiles last month highlighted a project that has been founded to take these beautiful mammals from the streets of Bangkok back to their natural habitat. If a picture paints a thousand words then the photo of a baby elephant in obvious stress that accompanies Talen’s post Chang Yim – Smiling Elephant Project will leave any doubter of the project’s worthiness hanging their heads in shame. Start your support of this deserving project with a left mouse click and a look at exactly how they are going about removing the elephants from the streets of Bangkok.

Dogs, elephants, whatever next. Monkeys are the centre of attention at Johnny Foreigner and lots of them. The locals in Lopburi highlights the problems the town faces from its increasing monkey population. As cute as they maybe for the camera clicking tourists the local authorities have now taken up a new strategy in an attempt to control the monkeys rising profile.

Michelle from Brit in Bangkok teams up with one of her students and between them they enjoy a hearty lunch at a truly mouth watering price. To their surprise $4.50 goes an unexpectedly long way in Thailand’s capital city as Yum Saap – Inexpensive Thai Food at Its Best proves that the Big Mango can be great value for money if you know your way around.

MeMock had a very busy month in August with friends visiting him in Ubon Ratchatani and Nicks Birthday is my pick from a glut of posts on offer that document MeMock’s busy schedule over the 31 days that the Thai’s call Singhakom. Young Nick’s face is a picture as he cuts his birthday cake the size of which is only bettered by the young boy’s smile. Join in the party at Life in rural Thailand.

My World Blogroll starts with A Malaysian Abroad and Facial Expressions: East & West interpret them differently. You can’t judge a book by its cover but what about facial expressions. Lynne looks at the difference between Western Caucasian and East Asian people’s different ways of facially showing and hiding their emotons.

Adullamite has Nothing to Say and once more sets out a post full of dry wit over an array of different topics. Just like Ronan Keating famously sang ‘ You say it best when you say nothing at all,’ Adullamite follows suit in his very special way. If you need a smile then check out one of the funniest writers around at Adullamite. 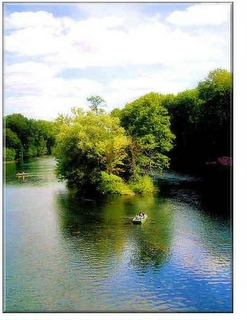 Bodhi Bum is wondering how to escape the 48 degrees celcius heat that regularly swamps the UAE and with the country having entered the holy month of Ramadan he finds his regular routine unsettled. Ramadan Kareem !!! looks at how a westerner must adapt to change during the Islamic month of fasting.

Bulgarian Slivatree – An Expatriates Eye in Bulgaria sees author Martin fight a raging countryside fire that threatens to scorch and burn down all before it. With the help of fellow neighbours and the fire brigade called but 37 kilometres away Martin leads the way in tackling the wind swept bush fire. Can he stop the fire before it burns down his country home, will the fire brigade arrive in time. Fire Hazards Not Just On The Television News has all the answers.

France has been invaded by giant Asian hornets that arrived in a shipment of Chinese pots. Frances rushes her dog to the vet when poor Truman is bitten by an unseen insect and Frances suspects the hornet to be the cause. Bee-eating Asian hornet invasion in south-west France – allergy sufferers beware! , France and The Unknown has the full story and a photograph of Truman’s horrific looking sting.

How does one man rid himself of an old heavy boiler. Most would just leave it there. The Vendee Blog and the immensely funny Jon confront the problem in The Second Book Of Plumber. If you read the first book then you won’t need convincing that Jon’s witty scripts are always worth a read and with Jon’s wife wanting the boiler moved sooner rather than later he consults the Lord and the Book of Bloke. A cracking August post from a man with a charming and cynical touch to his writing.

My August guest blog spot takes us back to Thailand and a lady who descibes herself as a writer, restaurateur, and jungle momma, blogging about life on a remote Thai island. I stumbled upon My Jungle Life by chance and The Village’s Newest Prostituteis a brilliant story about a teenage girl who returns to her village to take up residence at the local karaoke bar and work the oldest profession in the world. The post goes on to explain the role of prostitution in Thai society and I found it to be a fascinating read. I strongly recommend this post.

That’s it from my Thailand and World August blog review and I hope you’ll be back for more next month. Enjoy.