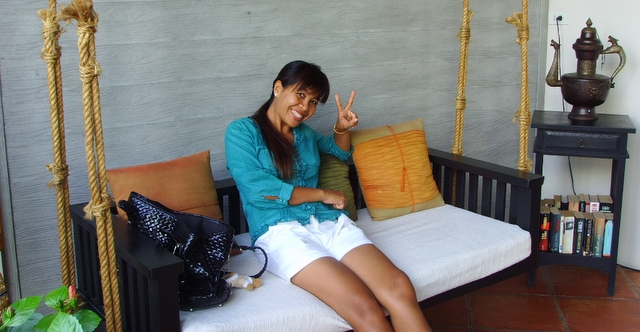 If you have spent any time in Thailand, then the pose in the picture above will be one you have seen plenty of times before. For many months, I had a slight obsession with trying to solve what exactly the Thai two-finger salute meant. Then one day, when reading web blogs, I came across a comment that seemed to offer a logical explanation to the mystery.

In the United Kingdom, we show the back of our hand when performing a much more aggressive version of the two-finger salute. The Thai rendition is reversed, with the open palm showing. Still, my research shows their origin and intention were very much one and the same, but not so nowadays.

Hand signs mean different things depending on where you travel in the world. Displaying your open outstretched hand towards someone in Greece with the palm facing towards them, and all five digits splayed out, is considered a huge insult. In medieval Greek times, officialdom paraded criminals through the streets on a donkey. The convict sat facing the animals rear with their hands tied behind their back and face smothered in cinder. Joe Public slapped the ash on the convict’s face with an open palmed splayed hand. This gestured insult is known as the moutza.

Performing the two-fingered V sign or salute can be interpreted differently by which part of the hand is facing the recipient. Incorrect use can lead to an embarrassing situation. The V sign shown with an open palm and used throughout the world is a sign of peace or victory. In 1992, George Bush Snr, on tour in Australia, gave a prearranged V peace sign to protesting farmers. You’ve guessed it, Mr Bush signalled with his hand the wrong way round. Whoops.

Siam – Does the Salute Date Back to Then?

When Burmese forces invaded Siam (Thailand) in 1767, the Burmese army captured the Siam capital of Ayutthaya. In the same year, General Taksin, who later became King rallied the country’s forces together.  General Taksin defeated the invaders at the Battle of Pho Sam Ton Camp. Now we get to the two-finger salute. 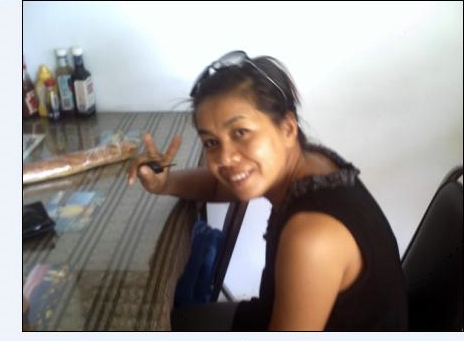 Whenever Burmese forces captured Siamese soldiers, they cut off their index and middle fingers to stop them from being able to draw their bows: the cruel act disabled Siam’s archers and any future ones. During battles between the two warring countries, Siamese soldiers would often raise their index and middle fingers to the Burmese soldiers. The gesture said they still could draw their bows and therefore could kill them. I think that these days the Thai two-finger salute is used as a photographic posing tease as if to say ‘ I dare you, snap me like this.’

The apparent origin of the British two-finger ‘salute’ dates back even further to the 15th century and the Battle of Agincourt. The French army was confident of victory over the English. They made it known that any prisoners taken would have their longbow fingers removed. The English triumphed in 1415. On winning, English soldiers raised their two bow fingers in ridicule at the French. Nowadays, the British two-finger ‘salute’ is an insulting way of telling someone to go away.

Staying on the theme of the history behind the origin of the English army’s use of the ‘salute’ I found an interesting entry on a Canadian forum. The person posting claimed the English longbows at the time of the Battle of Agincourt, the wood used to make the longbow, came from the Yew Tree. The drawing of the longbow was known as ‘plucking the yew’ or ‘pluck yew’. And at the end of their victorious battle, the English soldiers each raised two fingers and taunted the defeated French with those very words. Years later, the first two letters were replaced with F to make ‘Pluck Yew’ more natural to say.

So do you agree with the theory on the Thai two-finger salute that I have researched?  Or do you think ‘pluck yew’ and have an explanation of your own. To help you make your mind up and remind you just how often those raised fingers have appeared in your photographs here’s a few more pictures below. 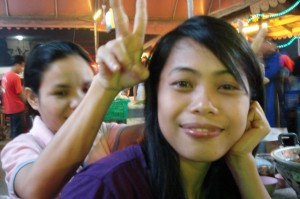