Santa Claws Is Coming To Town 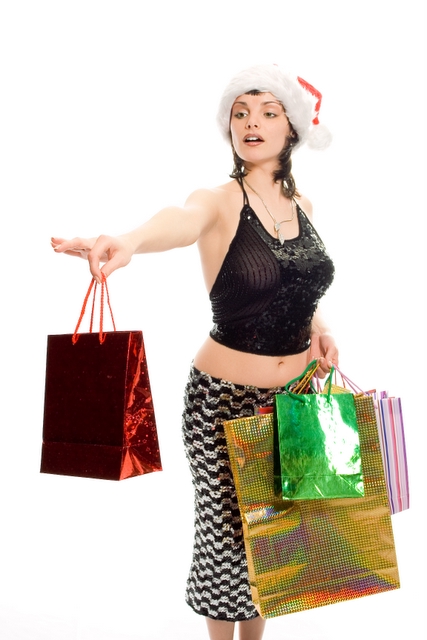 The online Bangkok Post recently ran an article about a Bangkok taxi driver who found 200,000 baht (£3,700) in the back of his cab and after recruiting help from a radio station returned the money to its owner. A great story and one that shows Thai people in good light compared to so many of the slighting and spiteful tales that abound. To read the whole article click here.

With Christmas fast approaching I thought I would don my Santa hat and with the help of my delightful helper pictured on the right give a little bit back in the way of presents to some of the more deserving people and communities in Thailand, and a sharp reminder to some that Christmas like life is about give and not take. Beyond The Mango Juice puts its hand into its pocket and gives you Santa Claws Is Coming To Town.

Bryan Robson served his country on 95 occasions and as captain for 65 of those games. He scored 26 goals for England. Thailand could do with a few of those goals now. When it came to football Bryan really was an English legend and still remains one of my greatest footballing heroes of all time. What do you give a legend for Christmas.

Thailand play neat attractive football and their skill levels are getting higher but they do lack physical presence, especially in the forward department. They need a striker with poise and self assurance. My present for Bryan Robson is a ladyboy.

Playing the alternative striker would bring massive advantages to the Thai national football team. Opposing defenders wouldn’t want to get too close and a ladyboy charging at you would scare the daylights out of the most experienced goalkeepers. Playing the right formation to suit the ladyboy’s needs would be very important. One behind with a big one in the hole would get the best out of Thailand’s new centre forward although hand to ball cautions would be a major disadvantage. Don’t mention it Bryan it’s a pleasure.

Tata Young has an American father and a Thai mother, she also has the looks and skin colour that Thai girls adore. My Christmas present for the gorgeous Thai singer is a ticket for a one month holiday in El Azizia, Libya.

El Azizia is the hottest place in the world with temperatures sometimes reaching 150 °F. After 30 days in those kind of temperatures Tata would return to the Land of Smiles nice and brown to prove once and for all to all those Isaan girls that being beautiful doesn’t mean being white.

My present to Tata is bad news for all the skin whitening cream companies who continue to flood the beauty market through TV commercials and glossy magazines, but a well tanned Tata Young would prove that ebony or ivory, it’s the size of your heart that counts.

I’d like to give all Thai bloggers a trouble free Thailand in 2010 but one that’s not without a few juicy stories. Thaksin Shinawatra returns to Thailand. Tiger Woods and Bryan Robson are spotted together in Boys Town, Pattaya. Hotels are overbooked in Bangkok. Tata Young marries a retired English blogger in Prachuap Khiri Khan Province. Those stories should give you something to write about.

The two week terrorists are soon to hit Thailand as they make their annual pilgrimage to Pattaya. Loaded with big bucks they are living proof to all Thai bar girls that every foreigner has a money tree in his back yard.

I’d like to present them with the gift of a little advice.

When you leave your hotel room by all means leave your heart locked inside but please fill your pockets with respect. That ‘tart’ you abused the night before is just a working girl trying to make the best of her life. Respect costs nothing but bar girls are worth a lot more.

Thailand has the Democrat Party, Peua Thai Party, UDD and PAD, there might even be an ABC party for all I know but the whole political mess is too much for me.

In my childhood days red and yellow meant rhubarb and custard sweets. In Thailand nowadays the colours represent the warring factions that have divided the country and hindered both economic and social progress. I’ve hit on a present to give to them all.

If it is a politically correct thing to do within your legislative rules, I’d like to handout to all of you a football strip. I’d like you to establish a new Thai football team from your 11 best public servants and call it Politics United, the team colours are to suit.

It’s time for you all to pull together as one and everyone knows sport is a team game. Perhaps you could reverse the colours for away matches and I don’t want to hear of any plans to lay siege to the stadium if your man isn’t made captain, we’ve had enough of those things in the past. Try to avoid red and yellow cards as well.

Motala is a 44 year old female elephant who lost one of her legs over six years ago after stepping on a landmine near Thailand’s border with Myanmar. Motala has an artificial leg and is cared for at an Asian elephant hospital centre in Lampang Province, northern Thailand.

I can’t think of anyone more deserving than Motala to give a present to and I wish her the very best this Christmas. I’d like to offer Motala a giant Christmas stocking that’s filled with sugar cane, fruit, bamboo and peanuts. Look on the bright side Motala, you’ll be able to crack any Christmas nut with your prosthetic leg.

If you have any presents you’d like to give to those mentioned above or anyone else for that matter, please gift wrap them and drop them in the comment box below.

Try to enjoy your Christmas shopping and I hope like me you’re looking forward to the festive season.