The above image is from TripAdvisor’s Airplane Seat-Mate From Hell survey and whilst I am unaware of the ongoing status of the survey, looking at the photographs I have sat next to a few of them myself. I think I can confidently say I personally don’t fit into any of the categories.

Being on a long flight isn’t much fun from take off to landing and the person(s) occupying the seat next or either side of you can make your flight for the better or worse. Aside from shortly before take off hearing a Steve Martin-esque voice announce ” this is your Captain speaking, ” sitting next to someone with a running nose or a wagging tongue can make your flight a torturous ordeal.

I’ve been lucky on my numerous flights to have never been seated next to the Oblivious Parent, probably my own personal choice of seat-mate from hell. I always try to get positioned right at the back of the plane, it’s easy for toilet access and the drinks and food galley is a few steps away. It is on a very rare occasion I’ve seen children sat at the rear, although I have heard their screams many a time.

I’m the type of person who can easily develop an in-flight dry throat and cough (air condition has this affect on me). I get quite uncomfortable about the probable disruption I’m causing to other passengers and remedy the problem by getting a drink of water from the air stewardess. The oblivious parent seems to ignore all cure or solution to their fellow passengers agitation caused by their noisy child. This one would get my vote…..then again. 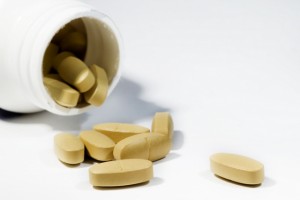 The Bio-Hazard…sniff, sniff, sniff. It’s one of those noises that really irritates me. If you’re due to board a flight and the days leading up to it see you come down with a cold or possible influenza, you take medication to relieve the symptoms. Not the bio-hazard passenger. Sat next to the bio-hazard traveler and Elton John or whoever just doesn’t sound quite so good over your headphones.

And it seems to me you lived your life

Never knowing who to cling to

The Chatter-Box is another who really gets my goat. I honestly don’t want to know about their messy divorce and how they have now found love in Thailand with a ladyboy half their age. The ins and outs of getting caught in your next door neighbours greenhouse late at night with their teenage boy and a greased cucumber is no concern of mine but…

” Yes I can obviously understand my wife being a little annoyed, but divorce was a little harsh.” he drones.

You’ve just got to hope when the food comes round he hasn’t ordered a special salad.

Your best bet with the chatter-box is to put on the headphones and feign sleep. If that fails then get blind drunk and blatantly ignore him.

The Nervous Wreck is in all of us but it depends to what degree. Air turbulence does scare me a bit, mainly because I might spill my Jack Daniels and Coke and the wait for another one depends on the pilot’s prowess in gaining safer altitude. They say some people can hear a pin drop, the nervous wreck can hear a pin drop and roll to a stop…..Plop.

” Jesus shit man, one of the engines has just blown.” he screams and grabs your hand, somehow drawing blood with his chewed nails.

” Calm down sir, the gentleman in front has just popped open a tube of Pringles.”

” You bastard, piss off and annoy someone else.”

The problem with the nervous wreck is your suggestion of an alcoholic drink to qualm their fears is met with the resounding answer that it would only make them sick.

I’ve touched on just four of the ten choices in Trip Advisor’s poll, the other six being Seat Swapper, Entertainment Director, Carrie Carry-All, Space Intruder, Self Entitled and Smelly Snacker. Which of the ten would be your least favourite seat mate.

If any of you do have a minute to spare then please click on the link at the top of the post and register your vote in Trip Advisor’s survey. If enough of you vote then Trip Advisor might forgive me for borrowing their survey image. Thanks.