Many tourists visiting Thailand this year will have put in endless hours of work and sacrificed much gluttony to fund their next trip to the Land of Smiles. By the time their holiday arrives they will feel in need of a well earned rest and will travel to Thailand satisfied their hard labour and forfeited pleasures have been all worthwhile.

Alcohol free nights sat at home watching drab TV reality shows will have replaced natty designer clothes and nightclubs. Everywhere in the world the typical red blooded male Thai tourist is now plotting to beat the recession blues and hoard their cash for another jaunt to enjoy Thailand’s beaches and hour glass peaches. Stockpiling hard earned money is their key to unlocking Thailand’s door once more and the current strength of the Thai baht is dictating to that, but maybe they don’t realize just how lucky they are. 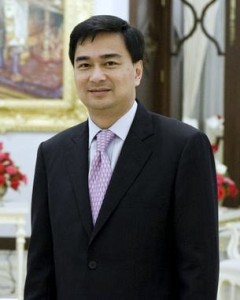 Bangkok is currently besieged by a massive red wave of United Front for Democracy against Dictatorship (UDD) supporters who are protesting against Thailand’s current Prime Minister Abhisit Vejjajiva and his Democrat Party led coalition government. The 100,000 or so UDD red shirts have vowed to keep up their peaceful protests until Abhisit Vejjajiva bows to their demand to dissolve parliament. The current crisis has led to over 20 countries choosing to advise their citizens not to travel to Thailand during the present political crisis.

The working class of New York and London may litter their apartments and high rise flats with the latest game consoles, touch phones and flat screen TV’s on salaries that scream national average, but for the majority of UDD demonstrators those kind of accessories are just a dream. An Xbox to a red shirt villager is a cash for votes ballot box which may offer a 200 baht sly backhand.

A recent post on Thai blog Sevenwinds: Life on the Bookends of the World reminded me once again of the plight of the common rural worker in the North East of Thailand, the region known as Isaan. Sevenwinds story is about a team of flower cutters who were paid 170 baht (just over 5 US dollars) a day to harvest flowers on a farm way up country from Bangkok. The 170 baht (£3.40) daily wage paid to the flower farm workers is a typical rate for the Isaan region. Most village hands would consider the cash as a reasonable offer due to the present lack of work available now the rice harvest is all but over. 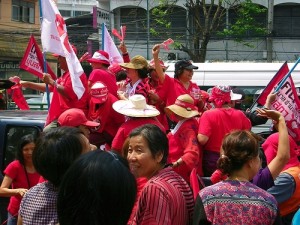 Thailand’s cost of living may be lower than that of the USA and Europe but 170 baht doesn’t purchase a lot in the Land of Smiles. The red shirts may be having a red red whine in Bangkok but when you look at just what a day’s wages buys, you may understand why their make up consists of so many rural people. 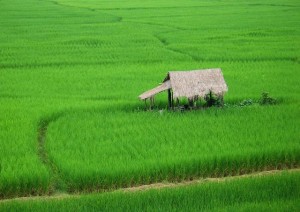 The UDD red shirts demonstrations in Bangkok are aimed at toppling the present Thai government and for the lions share of the protesters, their hope is the outcome will bring them greater reward in the future.

Thailand produces around 30 million tons of rice every year and so the weight of argument would appear to be on the red shirts side. Their protests have thus far been peaceful and the hope is they won’t have to resort to throwing their hard earned eggs in anger.

Ex pats living in Thailand are reported to have living expenses of around 30,000 – 50,000 baht per month, though that figure does include utility bills, schooling and the cost of running a motor. Could they survive one day on 170 baht.

I would like some of my fellow Thai bloggers to pick up the ‘One70 Baht Challenge’ and give it a go for one day. It just might make an interesting blog post for one or two of you. Here’s the rules and what your 170 baht must cover.

Good luck and please let me know how you get on.