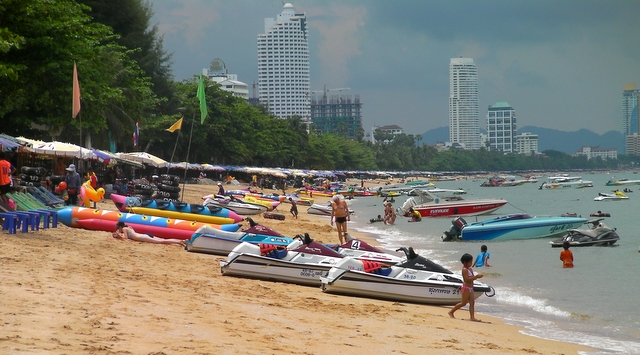 When God handed out brains I was definitely at the back of the queue. I was probably bartering with some of his helpers over a good deal on some ” In the beginning God created Me ” t-shirts.  In the 50 years since, I’ve managed to get by with the Teflon brain I was handed. Plenty gets put in it, but nothing sticks. 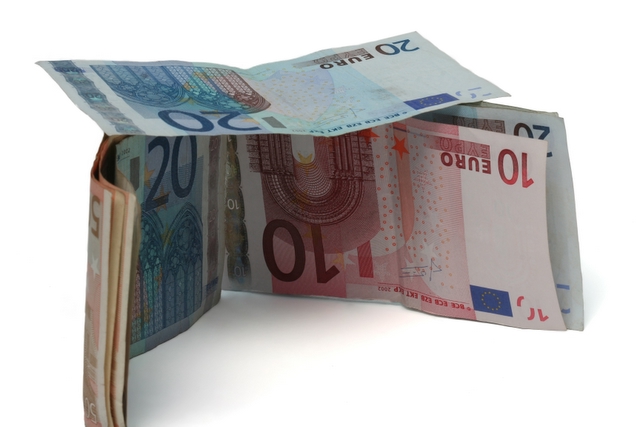 One of the things which has confused me lately is the strength of the Thai baht. How can a country with so much political turmoil have a currency which is at present so strong against the US dollar, UK pound and Euro.

This past week’s rioting in Bangkok and sad deaths of those who have been caught up in the shocking scenes coming out of Thailand’s capital has hardly weakened the baht at all. I can’t understand it. I’m obviously missing something. However, this week I think I may have found a decent answer to my query.

I wish someone out there would pit the Bangkok Post up against The Nation. Thailand’s two English-language daily newspapers are to me very similar with my own slight preference being for the Post due in my opinion to its better sport (my passion) coverage. How about one of my fellow bloggers laying out each of their merits in a winner takes all head to head. I think that would make a very interesting read. I haven’t got the all round reading depth to do it myself. Over to one of you.

So why is the Thai baht so strong. A read of The Nation newspaper’s Thai Visa forum slot earlier this week shed some light on the answer for me after reading one of the forum’s topics concerning the strong Thai baht. Here’s an extract from one of the forum members responses. Click on the above link to read the full content.

In Layman’s Terms, Why is the Baht Still so Strong?

The Thai economy is in pretty good shape and as has been pointed out earlier it has a surplus in its current and trade accounts and it also has substantial foreign currency reserves.

At a time when the major economies and currencies of western countries are under stress, Thailand is an attractive investment option and as such it attracts substantial inflows of foreign capital, capital that might otherwise have been invested in US, UK or European equities and the like.

Those positive factors create two effects; the first is that as private and institutional overseas investors sell foreign currency and buy Baht, it causes the Baht to strengthen because it is seen to be in demand – the second effect is that action also causes the Thai stock indices to rise.

Going back just a couple of years the Thai Baht- UK Sterling exchange rate was steady at around the 70 baht mark to the pound, checking today’s rate on my sidebar widget shows my pound worth only 49.72 baht, a depreciation of nearly 30%. That’s a huge hit for anyone to take and with other major currencies suffering similar falls many people are now starting to wonder if Thailand is a cheap holiday destination any more. To trial Thailand’s holiday value I thought I’d take a look at the price of a few of the things which form the necessities of most peoples holiday in Thailand. 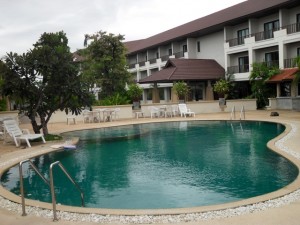 A taxi from Suvarnabhumi Airport to the resort of Pattaya is a well worn route and one which has now been made a little cheaper by the flushing out of illegal ‘mafia” type taxi operators at the international airport.

A ride to Pattaya’s coastal resort from one of the authorized taxi stands will cost you about 1,500 baht and that works out at about £30 or 46 US dollars. For a one and three quarter hour journey from an international airport that’s a fee which shouldn’t have too many complaining.

Hotels in Thailand are available from the highest standard to the bare basics and even at today’s poor exchange rates finding somewhere to suit your budget shouldn’t be a problem. The holiday brochure islands and the capital Bangkok will be more pricey but booking a room in Thailand’s mainland resorts and cities in the 600 – 1,500 baht price range will give you a room of average to decent standards.

The accommodation in the photo on the right is the President Hotel in Udon Thani and a room there is just 900 baht per night. That’s £18 or $27 and includes breakfast. Hotel rates in Thailand are generally quoted per room and not per person making them amazing value. 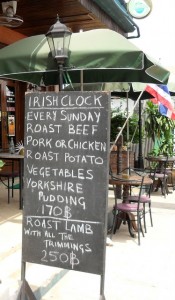 Eating out in Thailand can be as expensive as you wish but long term travellers and those on cheap budget flights generally settle for standard restaurants which offer good value and decent food. Thailand has those in abundance and more.

The English Sunday roast on the left weighs in at only £3.40 or $5 which is an excellent price and with a couple of glasses of cold Thai beer your bill would still fall short of the £6 ($10) mark. The cost of an evening meal for two in a city restaurant is harder to gauge because of the vast differences in cuisine and location, but 1,200 baht (£24 or $36 ) should be more than enough for a decent slice of a Thai or European menu and enough drinks to leave both of you a little merry. Piling on the pounds in Thailand is a low cost option.

Here’s a few other rough costs to some of the things that just might persuade you to part with your cash in Thailand. Prices obviously vary depending on location.

Thailand’s high flying currency has dramatically increased the expense of a holiday in the Land of Smiles but with its excellent low cost hotels and glut of decent restaurants, a little economizing  and common sense makes it still well affordable. A little depreciation of the Thai baht would be a major help too.