Kicking a Can Loudly 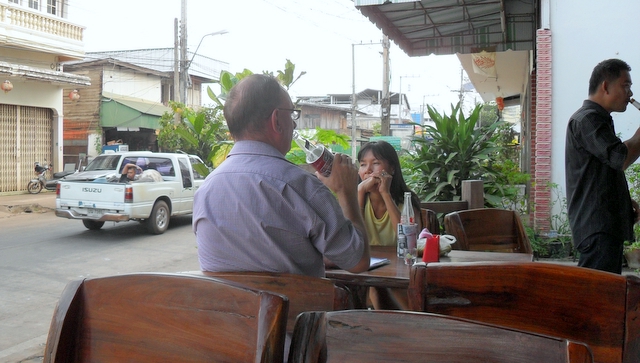 Kick the can and kicking a can loudly may sound similar but there’s a huge difference to their meanings. Their explanations both contain an element of youthfulness but only one also has those age old words : wrinkles, fat and cash.

Kick the Can is an outdoor kids game played in an area with some open space and plenty of good hiding spots around it. Trees, bushes, buildings etc. One child places one foot on a tin can and with their eyes shut tight they slowly count to 100 to give the others a chance to hide. After reaching their count they have to then find the other kids whilst protecting the can. It’s a kind of tag game and anyone tagged is sent to jail. The object of the game is to get past the searcher and kick the can without being tagged. Simple.

Kicking a can loudly takes a little more explanation. 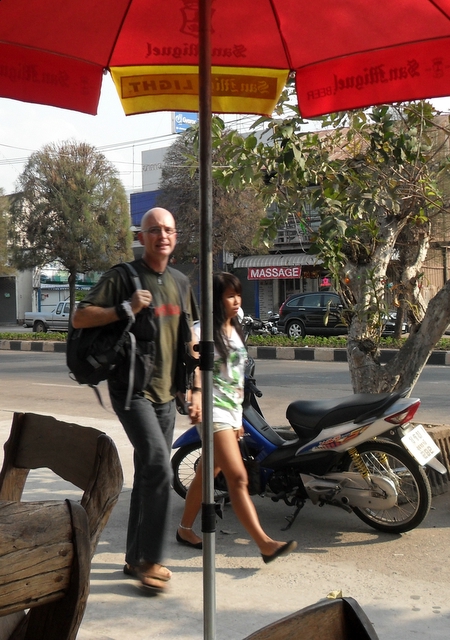 The one and only time I have come across the Thai expression ‘to kick a can loudly’ was on Catherine Wentworth’s Thai language site Women Learning Thai…and some men too, the post was Thai Sex Talk for St Valentine’s Day. Here’s how Catherine explains it.

To kick a can loudly: Kicking tin cans in Thailand is all about the sexual virility of old(er) men. I equate can kicking with youth, so I have questions. Hopefully Kaewmala will clear up the mystery.

Kaewmala is the author of Thai Sex Talk which is a book that looks at Thai expressions and sayings used in personal relationships. To kick a can loudly is one of those analysed within the book. Kaemala did in fact answer Catherine’s query. Here’s what Kaemala responded with.

Regarding the tin can-kicking เตะปี๊บดัง expression, it is used with elderly men in Thai because younger men’s virility is taken for granted, but not so for older men. A Thai may say: “Wow, your grandpa’s got a new kik! And she’s only 22! He certainly can still เตะปี๊บดัง (kick a tin can loudly), eh? [wink, wink].”

I best get some new shoes because I’ve been kicking a can loudly for a long time now. The expression is also one that can easily be placed under one foot of the majority of Thailand’s male tourists and ex pats. So are we all just dirty old men.

Not really, in most cases quite the opposite.

The majority of the western world perceives the typical Thai tourist and ex pat as a failure in his own backyard when it comes to personal relationships, right or wrong, it’s a stock ‘behind the back’ remark. I know its been said about me because I’ve heard it said of others, although I’m mainly talking about male snipers. The West’s average self opinionated narcissistic male. Most couldn’t spell Pattaya backwards but to listen to them talk is for many an audience with the man. The irony of it is if they could get their heads out of their own asses and travel to Thailand themselves, they’d most probably enjoy it. Parts of Pattaya was made for them. 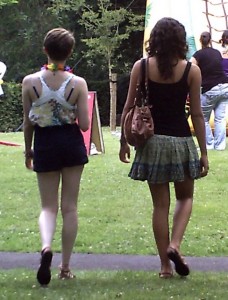 Nowadays the West has an acceptance that a hooked nose and pointed chin can be put right with cosmetic surgery, it’s almost become fashionable to do so. Admittedly more so with the ladies. The Western male acceptance levels has grown to rewarding the bedding of women on internet dates with a ‘Jack the Lad’ badge. On the other hand marrying your virtual nanny is viewed as sad. To me it’s all a pitiable game played on computers by self-loving smug mugs. A little bit like Pattaya but without the suntan.

Date a lady similar to the one on the left and you’re one of the boys, marry the lass on the right and you’re liable to be filed under failure.

For most men the major fallouts of growing older are hair loss,wrinkles and a spreading waistband. Better cash flow is one of the positive things we hopefully acquire as we age. Wisdom, compassion and mai phen rai (whatever will be) are others. The latter ones are the basis of a well practised formula for success when it comes to relationships with younger partners.

Travellers to Thailand seek many things. A damn good holiday is one. Thailand’s culture another. Sun, sea and sex is undoubtedly the number one draw for most single men and of those a large percentage are in their advancing years of life. Sex with a woman half your age is the stuff dreams are made of but I believe in most Thai/Western ‘age gap’ relationships that becomes a secondary thing.

The thrill of being with any Thai lady irrespective of her age is heightened by the massive difference in both your cultures and the challenges that a different country lay before you. A younger lady is perhaps another of those challenges. 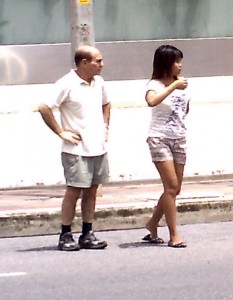 A younger Thai partner is generally a package complete with bundles of energy, vitality and exuberance whose qualities have possibly been lacking in the Western man’s own life for a number of years. That’s a great way to lift a few of those wrinkles assuming she’s a good egg with a disliking to being poached. A younger Thai partner puts a spring into the step of most men.

Without wishing to sound superior (which I’m not) to my Thai partner Wilai, then one of the challenges before me is to shape and mould her into an even better person and also give her the kind of lifestyle she had only previously dreamed of. In many ways I believe the falang views his lady in a similar way to how he tries to map out a daughter’s life ahead of them. Protect, encourage, advise and enjoy the blooming of a young woman into a confident but respectful person.

In the West most young women shape their own lives, equality laws and easy credit terms have allowed them quite rightly to do that. Thailand’s world is still one mainly dominated by the male, it is also a country where respecting your elders is the principal rule of life.

Forget dirty old men, I think the answer lies in the above. I guess many of us Thailand boys are a little singular and a touch narrow minded on how we view life, with a massive dislike of being bound by the chains of female domination. Thailand and a younger woman allows us to be ourselves.

In the UK an elderly man with a young wife is someone who is looked upon as wealthy. I reckon the ex pat in Thailand and to some degree the tourist should be viewed as someone who is developing a healthier state of mind and well being aided by a wonderful culture. A mindset that would get the hell kicked out of it by the West’s king of the jungle rules.