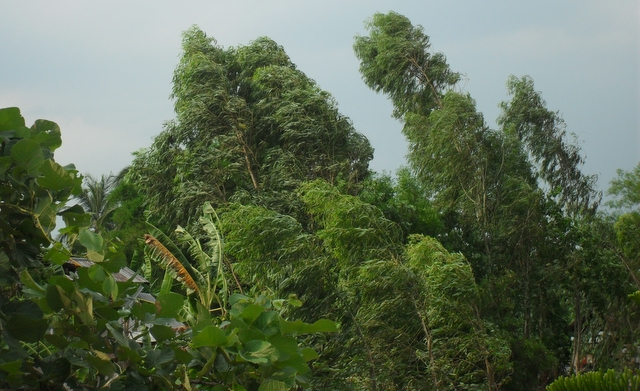 There is a saying ‘ Who sows wind harvests storm ‘ and right now Thailand’s rice farmers could do with the wind blowing real hard and a heavy storm sweeping its way across the country’s rural areas. This year Thailand’s rainy season is late and many farmers having already planted their rice crops are now in grave danger of losing them as a severe drought takes its grip on the country.

Prolonged rainfall has its dangers and Thailand suffers flooding in many regions each year. Mudslides have also taken too many lives over the years, and they are more liable to happen when a region has suffered a period of drought followed by constant heavy downpours.

Heavy rainwater floods down mountains and hillsides soaking the dry loosened earth and eventually a huge mudslide occurs, uprooting trees and vegetation as it cascades down steep slopes onto villages below. Its damage and destruction is not hard to imagine. Northern Thailand is especially vulnerable to flash floods which trigger mudslides.

In Udon Thani Province at this time of year you often see high winds bending treetops to acute angles and you can almost smell the rain coming. A distant crack of thunder is near confirmation of a pending cloudburst. There’s no guarantee, but that rumble of thunder is a signal to head for shelter. When it rains hard in Thailand its an awesome sight but not one you want to be caught out in. Over the course of these last few months Udon Thani has had rain but its intervals have been filled with long hot dry spells. The rain will come soon but the strong gusts that accompany it can often cause a lot of damage too. 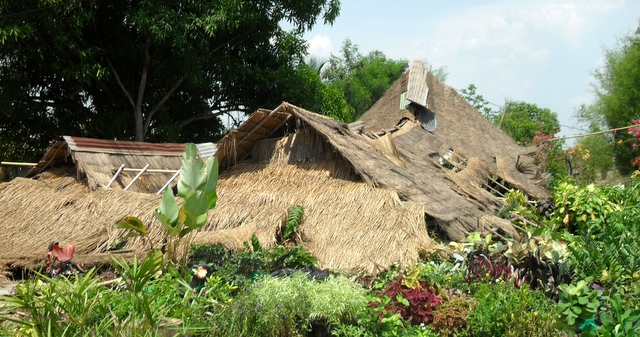 I took the above photograph on the outskirts of Ban Dung, a small town about 70 kilometres from Udon Thani city. The scene was shot towards the end of May and shows the kind of devastation wind can wreak. The flattened construction was a wood built, thatched garden centre which had collapsed after taking a bad beating from hostile weather conditions. With typical Thai characteristics, the owners carried on business as usual selling what had not been damaged.

I thought I’d share these pictures with you to show the kind of pillage and plunder the rain will eventually bring. Soon many cities, towns and small villages will witness this kind of scene. 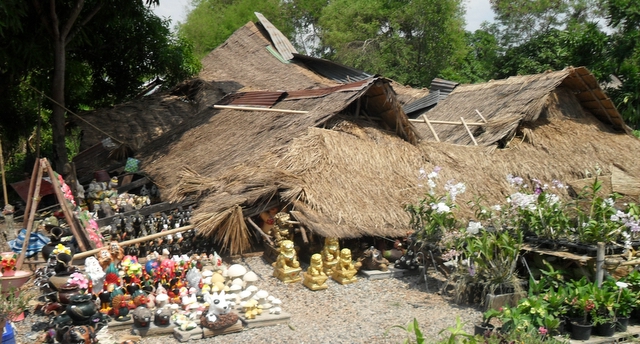 Thailand desperately needs rainfall but it can do without the flash floods it can provoke and the devastating winds which seems to precede then chaperon the storms. Who sows wind harvests storm.