A Thailand Culture and Reality Check – A Tourist’s View

A culture shock is a condition of disorientation affecting someone who is suddenly exposed to an unfamiliar culture or way of life or different set of attitudes and rules. A reality check is an occasion when one is reminded of the nature of things in the real world. You could argue both are the same.

For a foreigner, Thailand can become an emotional and psychological mind game where the object is to overcome each and every obstacle put before you and hit the finishing tape a far better and enlightened person than the one who started out. Many fall and fail but for those who succeed overcoming a culture and reality check is possibly the biggest hurdle of all. If you stumble and fall there’s every chance you’ll exit Thailand forever.

All photos in this post come with kind permission of tourism thailand and are in my opinion unblemished mirrors of parts of Thai life and culture which I still hold in the highest esteem.

Paul Garrigan’s post Dealing with Thai Culture Shock is about Paul’s former booze addiction which turned his Thailand dream of alcohol utopia into a prison, as negativity started to make him question everything from the famous Thai smile to their simple mai phen rai (whatever will be) attitude. It took Paul the best part of a year to understand he was going through the Thai culture shock syndrome and eventually he pulled through. Please do click on the above link to Paul’s excellent post.

Mike Rose took over Paul’s baton and wrote an equally excellent post Thailand Reality Check. Mike notes how his attitude to Thailand changed after the Brit expat’s honeymoon period with the country was over. Mike like Paul, questioned Thailand’s ways and culture before he too overcame his own personal reality check hurdle. Paul and Mike soon realised the Land of Milk and Honey does sometimes deliver sour cream and bee stings. 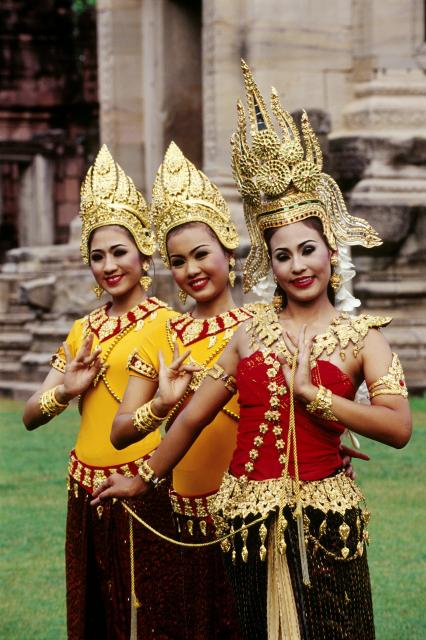 What about Thailand’s tourists, do they experience a culture shock or reality check.

If you travel to Thailand once a year on an annual two week pilgrimage then you may never feel any different about the country from one holiday to the next. If the ‘shock’ does eventually hit you then by the time it does you’ll probably be long past caring anyhow. For those who frequent Thailand more often, then your views and realization about the country should change gradually over a period of time. I know mine did, and it’s evolution is still churning. Only my eventual settling in Thailand will see the true formation of a beauty or beast.

I’ve now been travelling to Thailand for over 11 years and have taken in about 40 trips to the country. I’ve seen my own own thoughts change from day one to the present times and luckily for myself any major changes to my mental attitude have been progressively slow.

My first three to four years in Thailand were mainly spent in Pattaya amongst fellow tourists who like me couldn’t believe the fantasy world they’d arrived in. There was a bevy of beautiful girls serving cheap drinks and offering sex on a plate for the price of a quiet night out back home.

Pattaya was full of smiling people and at the time seemed the most wonderful place in the world to be. Each holiday appeared too short and the next one couldn’t come fast enough. Eventually my thought pattern changed and it was Pattaya’s bar girls who gave me my first Thailand reality check.

To the innocent eye Pattaya’s bar girls are having the time of their life. The women are young, seemingly single, without a care in the world and enjoying the best years of their lives. Why else would they be smiling so much. Slowly but surely I became conscious of the truth behind the bar girls smiles. Nearly everyone one of them wanted to ditch Pattaya and go home to their villages in Southern Thailand, Isaan or wherever.

Nearly everyone of Pattaya’s bar girls had children and were working in Thailand’s sin city to help feed and educate their offspring, their kids were back home mainly being looked after by their parents or close family. Pattaya stunk and the realization should have come to me a lot earlier than it did.

When you skim below Pattaya’s surface a rather cold and bleak world lies there. The city is full of small, one room apartments, where three or sometimes four bar girls sleep, eat and get along together on very little money. On Pattaya’s streets at night Thais rob Thais and tourists are beaten and mugged for what they may have. The incidents are few but not too far between. My own Thailand reality check was that my very own Seventh Heaven was a city where the majority of its own nationals lived through seven days of shit. I moved on. 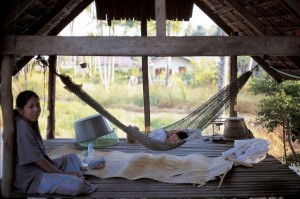 For the past seven years my Thai time has been mainly consumed by village life in Isaan.  Its culture and realism is so much different to life in a tourist resort even if it does have the occasional culture shock.

The intense heat of Thailand requires two or three daily ice cold water bucket showers when living in the simpler built village homes, and the welcome cooling rainfall often wipes out the power supply for the best part of the night.

Village life is slow moving with a heavy accent on family life and friends. Arriving in a Thai village you are immediately seen as a rich westerner and spoon fed a giant heap of respect. The culture shock is the family’s plans to spend your money with the strategy and draft openly discussed in front of you in a language you can’t understand. Perhaps they know in your culture it’s rude to talk with a mouthful of spoon fed respect.

Understanding Thai family values is a big hurdle to overcome and especially more so if you haven’t been brought up in a close knit family environment yourself. It takes a strong and willing mind to fathom out how a guest in your home can help himself to your beer, in your fridge, without asking first. Sure, he will offer you a glass, but he’ll probably take one of your cigarettes on his way back to his place on the floor. That’s the kind of situation where you squeeze and apply a wee touch of western values into your living room. 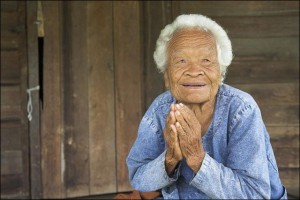 Thailand has many culture and reality checks which ingrain themselves in you without you even realizing it. Some are much more obvious.

Thailand’s road safety standards, its huge gap between the wealthy and poor, its peoples generosity and yet somewhat cruelty to animal life all open your eyes and mind. Thai newspapers blatantly showing gory photos on their front pages is another culture shock and so is the slow realization that the country really doesn’t want you there, at least not as an expat. Visa regulations are proof of that.

I honestly believe the biggest step anyone can make toward softening their own Thailand culture and reality check is to understand the Thai smile. Knowing what is behind it will fast forward anyone’s education. Below is my comment to Paul Garrigan’s brilliant post and you can also click on the link here for a previous article I wrote on understanding Thai Smiles.

“Paul I think one of the most important things people have to understand about Thailand is the Thai smile. So many if not all newcomers read the Thai smile as a sign of landing in utopia, a sign the people are so happy no matter what social status or problems they have. I’ve seen anger, hate and jealously delivered through a flashing white Thai smile and it’s reading what’s truly behind it which is a major breakthrough in getting successfully past the culture shock stage. Understanding that Thais have problems, worries and emotional issues like the rest of us but try not to burden others with them is to me one of the stages in realising you are in a special kind of country.”

I’d like to hear views from fellow tourists about their own Thailand culture and reality checks, as well as from expats about whether their own tourist days eased their eventual settlement into permanent Thai life.