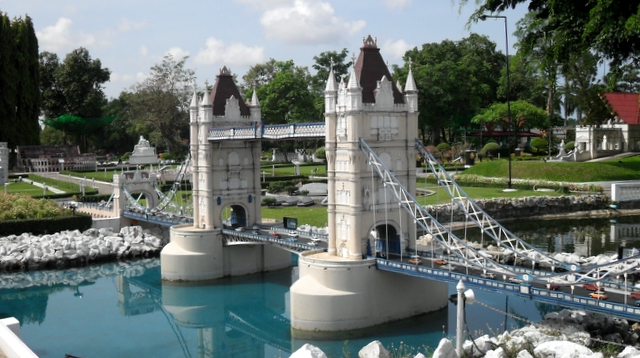 When I was a very small kid my favourite toys were plastic Cowboys and Indians with detachable heads, arms and legs. I must of had at least 25 cowboys and about the same amount of Red Indians and I’d have hours of fun playing out make believe battles between the two warring factions. Somehow I used to lose bits of them, and so I’d swap body parts from one to another and it became common to see a pale faced Red Indian warrior with a yellow neckerchief and cowboy hat being attacked by a one armed cowboy wielding a tomahawk. I guess I was a confused kid.

I reckon one of my sisters used to steal body parts from my favourite toys, sisters were like that in days gone by. The particular sister my suspicion fell upon had a dolls house. The dolls house looked magnificent and the front of it opened like a door to reveal every room and all the furniture inside each of them. The detail was marvelous and the beds, cupboards, tables and chairs all looked so real, but I always thought the wardrobes might hold my cowboys and Indians heads. One day I hunted that house high and low but they weren’t anywhere to be found.

Mini Siam brought back memories of of my childhood.

Once again I enlist the help of Sticky Wiki (wikipedia) with their summary of Pattaya’s Mini Siam.

Mini Siam is a miniature model village which celebrates the heritages of Thailand with replicas of the most famous monuments and historical sites including the Temple of the Emerald Buddha, Democracy Monument, Bridge over the River Kwai, and Prasat Hin Phimai. Models of the Tower Bridge of London, Eiffel Tower, the Statue of Liberty and Trevi Fountain are also displayed in the section called “mini world.” 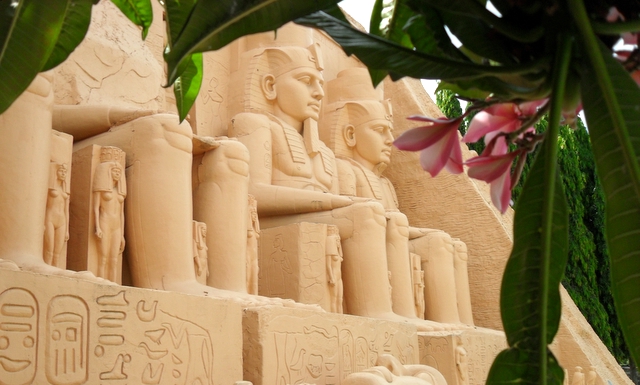 Okay lets use a bit of layman’s language. When it comes to ancient architecture I don’t know my ass from my elbow. If you stood me next to the Leaning Tower of Pisa I’d be convinced it was going to fall down, and throughout my teenage life I thought the Palace of Versailles was a famous French racehorse. I wasn’t banking on Pattaya’s Mini Siam being my kind of place. I guessed it was made of bolster wood, chipboard and glue, and Lilliput’s Gulliver wouldn’t be seen dead there too.

I can’t remember how much the entrance fee to Mini Siam was, it must have been cheap otherwise I would be able to recall it. Taking a stab, I think it was about 180 baht for me and 30 baht for Wonderful Wi. A two tier system which won’t bring tears to even the meanest of farang eyes. 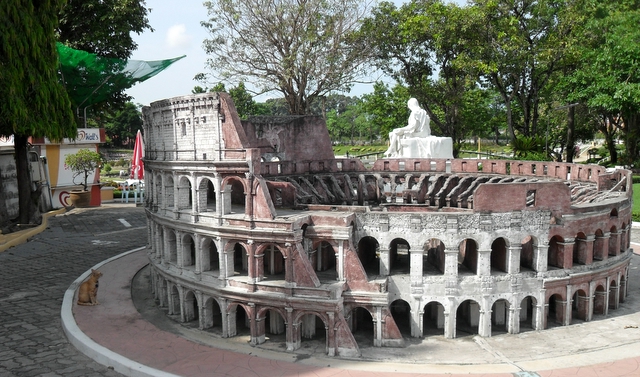 I mentioned earlier I’m no architectural expert, in fact I’m more Slum Smith than Indiana Jones and I thought the above photograph was the second phase of construction on England’s new Wembley Stadium. Wilai judged it to be the Roman Colloseum. That proved to me women know nothing about football. Thai village education has a lot to answer for.

We visited Mini Siam during the day, it was a very warm one as well. My research for this post revealed the miniature model village is open in the evening and come darkness all the models are illuminated. I think that would be quite an impressive sight and it is apparently evening time when most tour parties arrive. Throughout our morning perusing the model village custom was steady but never great.

Here’s a few more photos of the models on display at Pattaya’s Mini Siam. 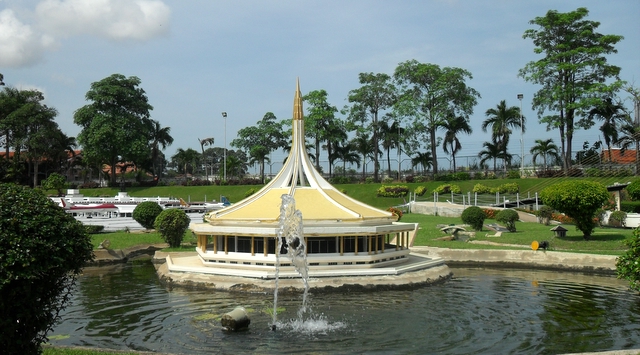 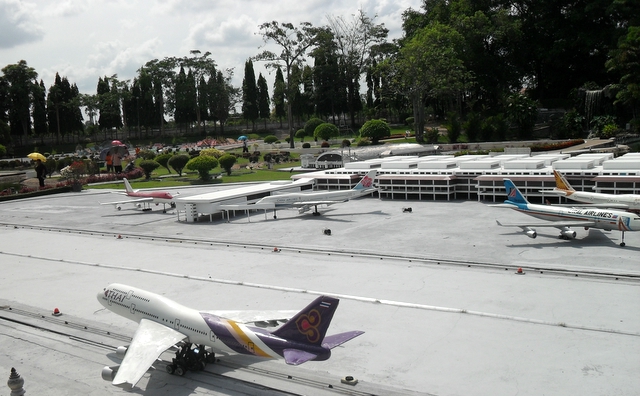 This one looked capital T for tacky. It’s Bangkok’s old Don Muang International Airport and the aeroplane at the front of the photo wobbled around the airport’s perimeter on a scale electric type runner. I expected at any moment to see 50 plastic cowboys and Indians, some of them headless, hijack the plane and demand to see the surgeon of landmine victim Motalla the elephant.

Mini Siam was a fun couple of hours for Wilai and myself but it left me with the impression having seen it once I wouldn’t go again, even though this was my second visit. Well I did say during my childhood I was a confused kid and Mini Siam obviously brought those years flooding back to me.

Pattaya’s Mini Siam is located on the north side of the city on Sukhumvit Road and is open from 9 am onwards. For any architecture experts amongst you it also has a go kart circuit on site and a McDonald’s fast food outlet in the car park.

The Roman Colloseum….you’re having a giraffe (laugh) Wilai.