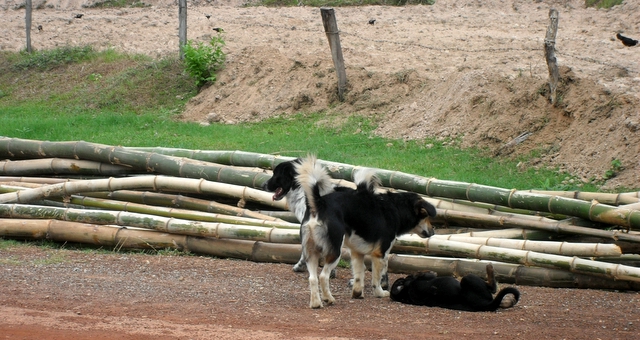 Soi dogs can be quite a nuisance. They are always fighting. I’ll excuse the two stood up in the top photo because they’re ours, Gaan and Cola to be precise. They enjoy a good rumble in the jungle so to speak, especially if the opposing team is smaller in size or lighter in numbers. Mind you when the odds are against them they do themselves put up quite a fight. See the photo below. 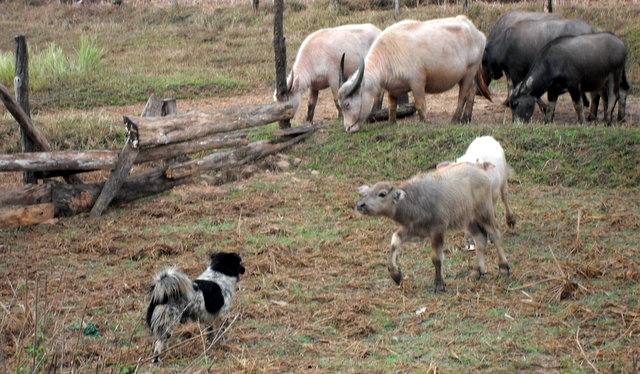 Trust me, in the end the calf backed off. Just as well because my camera was pointing at a fair bit of compensation if the soi handbags had flown. Gaan always stands his ground, no matter what dog, or how many there may be. I’ve even seen him stand hoof to paw with a buffalo. Cola’s a little too smart to do that. Of course they can always call in the cavalry. 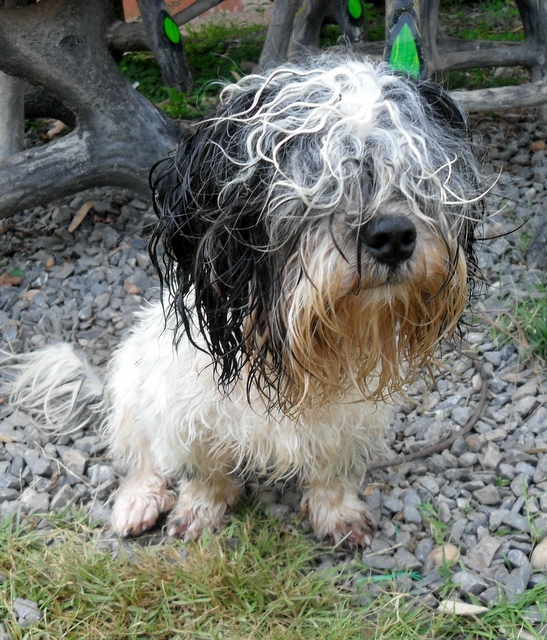 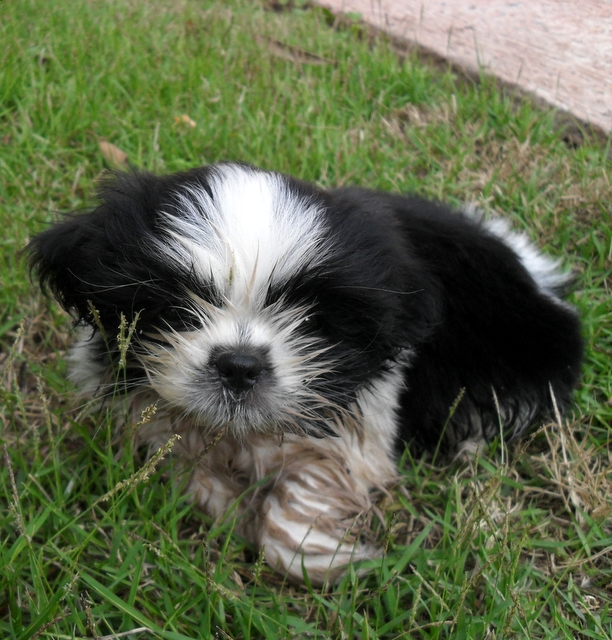 The problem the cavalry have is one can’t see exactly where he is going and for the other, not having the strength to get there can hinder any back-up rescue operation.

I have been assured Pepsi, pictured left, has two eyes but I’m certain he wouldn’t know the difference between a pig and a python. Hopefully he’ll only ever meet the pig. Pepsi is the star of one of my most popular humour themed posts It Started With a Kiss. Maki pictured right, is just a pup.

Now to the point of my post. Whenever I stay in Wilai’s village I’m always on the lookout for the bucket truck man. The bucket truck man visits villages and trades buckets and other tupperware for unwanted dogs. The dogs are then transported to Laos, eventually the dogs end up in Vietnamese restaurants. Life in rural Thailand has an excellent post and pictures on the bucket truck man. That post inspired one of my own, Ting Tong and Dong.

For the past couple of years I have been trying to get a photo of the bucket truck man passing by our village home but I always seem to mishap on the occasions. You can guarantee if I have my camera primed and ready he won’t pass by but if I haven’t then he’s sure to appear. The bucket truck man comes by once or twice a week. Below is the best picture I’ve managed so far, it was at quite a distance and the image has been cropped. It’s rather fuzzy as well. If you squint really hard you can just make out a couple of the dogs noses poking out from the cage bars. Cola is the dog watching the truck go by. He and Gaan normally chase after it. Foolish if you ask me. 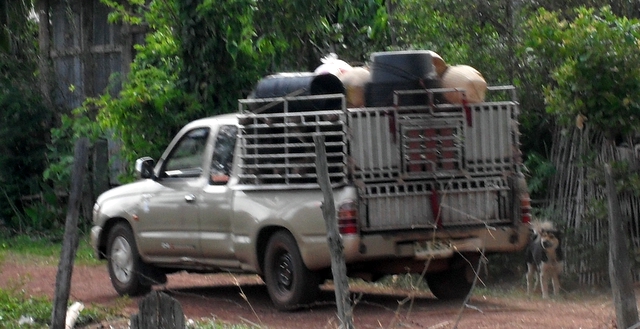 On my stay in Thailand next month I’m determined to get some good shots of the bucket truck man. In the meantime I’ve got a couple of questions for my readers who are resident in Thai villages or perhaps those who like me have spent a lot of time in one.

Cola and Gaan chase the bucket truck in the hope of yet another rumble in the jungle, but I’m sure if those poor dogs were let out they’d be so happy they would probably lick Cola and Gaan half to death. I just know Cola and Gaan are never going to join them. Our dogs aren’t ever heading for a Vietnamese dinner plate with a salad side dish.