The dangers of travelling on Thailand’s sometimes busy highways and quieter pot holed country roads are I think summed up in the photograph below. If you can’t see the significance in the picture then take a closer look at the vehicle on the right. Now you should see what I mean. You can click on the image to enlarge it. 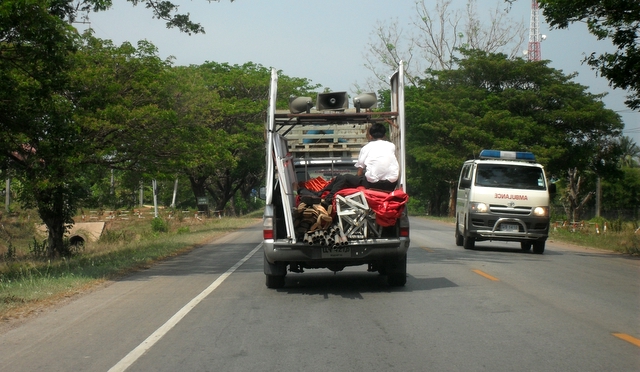 On the left is a truck racing along at a fair speed with all its stage or stand equipment and framework sat loosely in the back. There’s quite a lot of weight there, and the only thing holding it down is a man perched precariously on top of it at the very back of the truck. If the driver hits the brakes real hard then you can imagine the carnage that might follow.

On the right is an ambulance speeding towards my camera, and although it probably wasn’t going to the scene of a road accident, you have probably like myself realised the meaning behind the photograph. Many people like the man sat in the back of the truck end up lying down and possibly dead in a vehicle like the one on the right. Thailand’s roads are very dangerous to journey on. But then again they can also reveal some amazing and alarming sights. 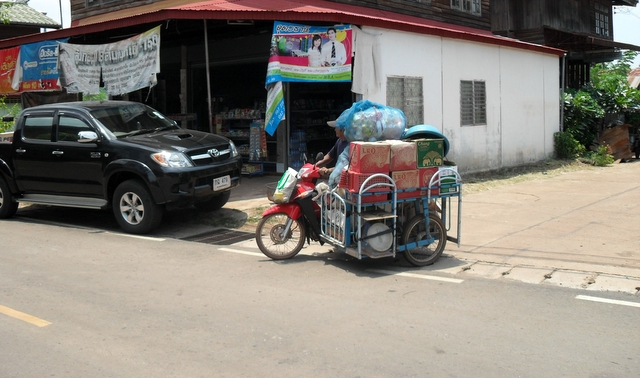 Look right…look left…sod it. There won’t be anything coming this time of day. The man on the motorbike has clearly packed his side car to the absolute limit and can’t see to his left. He obviously has the notion that any car or truck heading his way will automatically stop for him. He’s got enough boxes of beer stacked up to keep a funeral party going for a good while, let’s hope it’s not his own one. 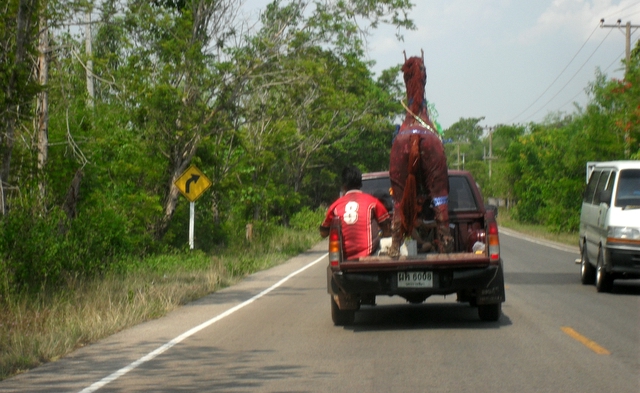 One man and his horse. The ned (horse) is actually a man made model and is used in one of Thailand’s many Buddhist festivals, maybe a few of them, because I’ve seen this same horse being transported around a couple of times near Wonderful Wi’s village.

The photo captures one of those amusing and amazing sights you often see when journeying around Thailand. Below is one I have used in a past post and is one of my favourite photos taken whilst travelling on Thailand’s roads. 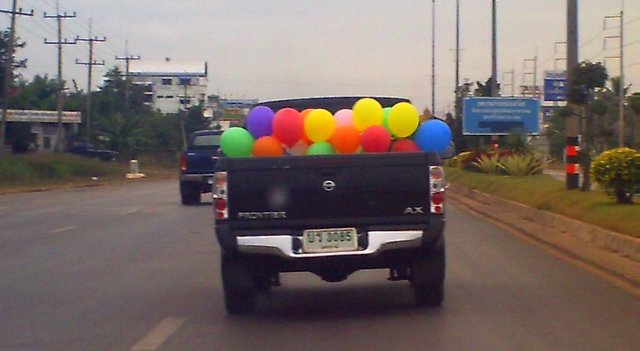 I think the photo sums the country up rather well. It’s one mad colourful place, and travelling on its roads is a journey of great expectation and a feeling of huge relief when finally arriving at your destination. Travelling in the Land of Smiles is never dull but you do need to keep your wits about you, and if like me you’re a passenger, your camera at hand.