Another year is nearly over as December is now upon us, however my focus over the past few days has been on November and reviewing some of the best posts during that month for my Thailand Blogs – November 2010 Review.

All photographs in this review are from Tourism Thailand which features an extensive gallery of over 1,000 images (royalty free) which are free to use in the positive promotion of Thailand. 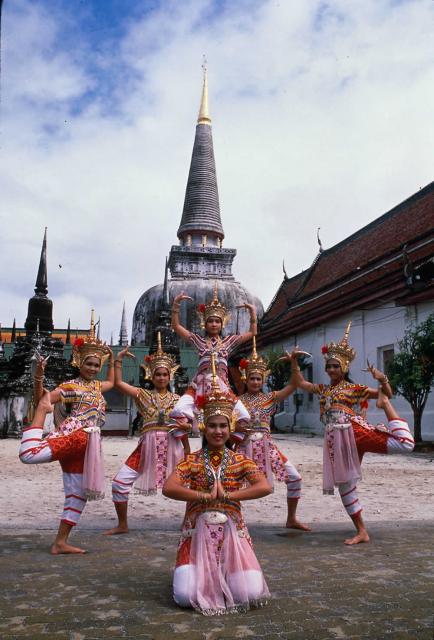 One of Thailand’s biggest festivals took place last month and Talen was in Pattaya to witness the celebrations of Loy Krathong 2010 – Amazing!. Thailand, Land of Smiles plays host to the Festival of Lights with a little of the history and rituals of Loy Krathong, plus a wealth of pictures of floating krathongs, paper lanterns and a bevy of beautiful Thai girls in their traditional national dress.

Lawrence and his Thai wife Pensri split their year equally between England and Thailand. Last month they returned to Isaan and their home in Phana, escaping the cold blanket of snow which is currently covering the UK. Thai Life in Phana’s post When is an expat not an expat? is my pick from Lawrence’s November musings as he tries to decide if his double life makes him an expat, immigrant or plain old farang.

Catherine and her Thai language site Women Learning Thai…and some men too decided to get saucy during November. Don’t be disappointed when I tell you Catherine’s story is about a dinner sauce and not the bedroom variety, because Worcestershire Sauce, fish sauce and Villa Market.. is a cracking read and a half. Catherine puts to the test five different brands of the famous tangy sauce and arrives at a clear and tasty winner. A great post and my favourite from the hundred or so I read throughout November.

Prolific blogger Mike Rose had to hit the post brakes on Thailand Blogs during the second half of last month. Mike is one of the finalists in the Thailand Medical Tourism Blog Contest, and at the latter end of last month he visited Bangkok to view medical facilities in the area as part of the activities associated with the competition.

Each of the 12 finalists have been allocated a medical tourism blog site to record their reviews on the locations they visit, with unique visitor site hits having a major input into deciding the winner. Mike has posted many interesting articles on his site which will hopefully help him win the first prize worth $13,000. To help Mike on his trail to victory please visit his Medical Tourism Blog and get his hit counter spinning even faster.

Here’s a snippet explaining what the competition is all about:

“The Medical Blog Contest, organized by the Tourism Authority of Thailand, is aimed at promoting medical tourism within the Kingdom. The competition is open to each individual blogger who has acceptable experience in writing tourism, medical or medical tourism related blogs.”

Good luck to Mike when the competition winner is announced early next year. 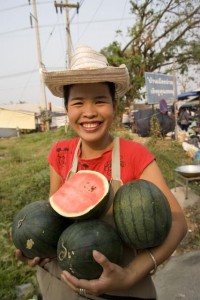 For the past couple of years Johnny Foreigner has been studying how to read Thai. Jon’s efforts have been all of his own doing with an approach which has been more about determination than academic planning. In Preparation before learning to read Thai,  Jon details his techniques to conquering the language with a big emphasis on self belief and motivation. A must read for those of you who are struggling to understand what all those Thai squiggles mean. I fall big time into that category.

Down in Kanchanaburi Malcolm and Ciejay have hired a man with a brush, a pot of paint and a bucketful of cement after deciding it was time for a House Make-over. The loving twosome have decided to give their home in Wang Pho a Disneyland type touch with the aid of a painter who’s more of an artist. Retired In Thailand and Loving It has the story and photos that just may have turned Kanchanaburi into Cartoonaburi.

A Visit to Khao Luang Caves, Had Chao Samran, and Amphawa Floating Market is my choice from Paul Garrigan.com for November. Paul, his wife and their son hit the road to Bangkok and beyond, to marvel at the Khao Luang Caves which are a former royal picnic site. Afterwards they head off to Had Chao Samran beach and enjoy lunch, before heading back towards Bangkok to visit Amphawa floating market. If you fancy a similar ride then leave enough room in your trunks for lunch and hitch a ride with Paul Garrigan.com.

For those readers who are considering indulging in their very first trip to Pattaya then Siam Rick has written the perfect post for you. Maybe Pattaya needs a second (and third) look is an excellent review of Thailand’s sin city sat smugly on the east coast of the Gulf of Thailand. Rick, host of Behind the Noodle Curtain, gives a honest and accurate assessment of Pattaya’s good, bad and ugly side. This one’s an excellent report by someone sampling Thailand’s ‘wild child’ Pattaya for only the second time.

Let’s set sail for Camille’s Samui Info blog for another look at the Festival of Lights. 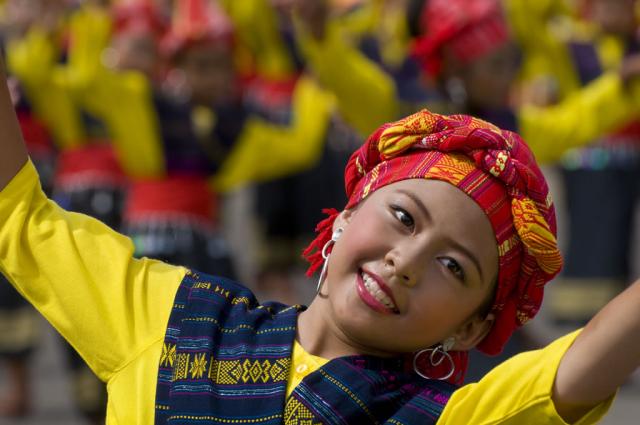 Loy Krathong is the Thai peoples way of paying respect to the spirits of the waters, and this year Camille finds himself away from his family and having to celebrate Loy Krathong in the coastal resort of Khao Lak. There was a big celebration party in the town and Camille floated his boat (krathong) for his family as well as finding time to snap some excellent photographs of the Festival of Lights celebrations. Grab your oars and steer your way to Loy Krathong 2010 in Kao Lak.

Thailand Musings has a question for you all to answer. What effect does age have on a relationship? Regular guest blogger Angella once again looks at relationships and in this post poses the question as to whether hitting your forties can put a strain of your relationship. Angella also reflects on the growing age gap between Bangkok’s women getting married compared to Thai rural girls, and explains the reasons why. If your confetti has wrinkled and faded, reading Angella’s regular guest posts might just get those tin cans clanging once again.

Thai Pirate Ben Shillington takes a break with his family at Ubon Ratchathani’s Tohsang Khongjiam Resort and experiences a fishy situation. Ben spots an odd looking shape on the Mekong River’s banks whilst sitting at the resort restaurant and decides to investigate. A grandfather and grandson hold the key to this mystery in Something spotted on the Mekong…

We stay in Ubon Ratchathani to bid goodbye to a man who has given a lot of joy to many people over the past few years through his blog Life in Rural Thailand. MeMock and his family have now flown back to Australia and have left their mix of Thai city and village life behind them. Goodbye Thailand is MeMock’s last post and narrates he and his family’s last few days in the Land of Smiles, as well as his thoughts on the past and future. The good news is that Andrew’s (MeMock) wife Seerung is expecting their third child. Perhaps it’s not such a sad post after all.

Finally I’d like to mention a new blog I launched last week. Great Life Quotes and Famous Sayings is exactly what it says and looks at some of the great quotes delivered by politicians, film stars, sports stars and comedians to name just a few categories, who have made statements which have rooted themselves in peoples minds forever.

My posts so far have covered Sir Winston Churchill, Muhammad Ali, Woody Allen, Bob Hope and that great comedy duo Dean Martin and Jerry Lewis. If quotes and sayings float your boat then please do take a look at my latest effort.

That’s it from my Thailand Blogs – November 2010 Review until next time. Enjoy.