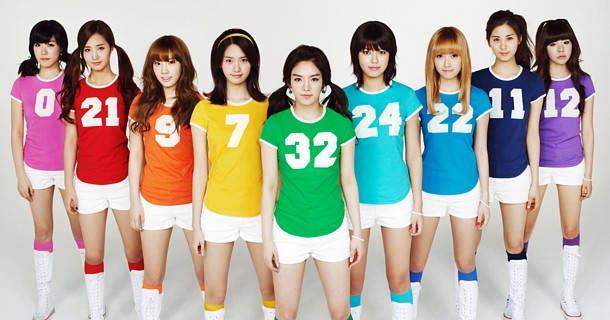 Take one long lingering last look at the photograph above fellas, because legs like these may not be around in Thailand in the near future. The girls on show aren’t actually Thais, they are a Korean all girl pop band, or K-Pop (Korean Pop) group. A report on MBC’s ‘News Today’ back in October, reported that Korean cult music girl bands may be behind the reasons for a dramatic rise in dengue fever cases in Thailand.

Thailand’s Ministry of Health and Welfare’s deputy director is reported to have quoted in an interview with MBC the following reason for the possible rise in the tropical disease in Thailand.

“The youth have been copying Korean styles and wearing shorter clothing, making them more susceptible to mosquito bites. We are suggesting that they wear longer clothing in place of shorts.”

I’m not totally sure how much truth is in that story, but I do know that earlier this year Thailand’s health ministry did warn young women not to wear fashionable black leggings because dark clothing attracts mosquitoes.

Dengue fever cases had more than doubled in Thailand this year compared to 2009, with over 85,000 reported cases including 100 deaths being recorded in the first nine months of 2010. 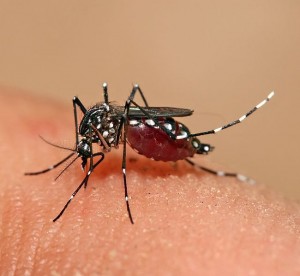 A type of mosquito called Aedes mosquitoes (photo by Muhammad Mahdi Karim) transmit the virus to humans through bites. Thailand’s rainy season, mainly from June to October, is the high risk period when stagnant water makes ideal breeding conditions for the Aedes mosquitoes. Global warming now carries the added threat of higher temperatures and lengthier rainy seasons stretching the problem to all year round. South-East Asia, India, South and Central America, the Caribbean and Africa are the most common areas of the world where the Aedes mosquito exists.

Keeping the Bites At Bay

At the first signs of dengue fever symptoms report to a doctor or medical facility. There are no anti viral treatments for dengue fever, paracetamol and oral rehydration therapy (salt solutions and fluids) are the most common treatments used. Aspirin and Ibuprofen should be avoided because some forms of the viral illness can develop into dengue haemorrhagic fever (bleeding under the skin) and the two drugs can cause internal bleeding too.

Whilst in Thailand during high risk months, and also during the cooler season when temperatures can still climb high, remember to use mosquito repellents, wear sensible clothing at night, and in the daytime if you cannot avoid areas of stagnant water and dense vegetation, make sure you’re protected with suitable clothing, anti mosquito sprays and cream because dengue fever in Thailand is becoming more and more rife. [dublin-core-metadata]