An Elephant and a Doghouse – Happy New Year

My New Year started a bit later than my usual daily routine. Work permitting, no matter which part of the world I’m in, I always wake up between five and six each morning and start my day.  The world or at least your mini part of it is less cluttered and so very serene when the early bird catches the worm.

I woke up just before seven and I think for the first time Wonderful Wi had beaten me out of bed. I headed for the bathroom and my first shave of the year gave me a glimpse of what 2011 might have install for me in the way of luck. My shaving gel huffed and puffed but nothing came out. Onto to the shower and my bottle of shower cream coughed, spluttered and died. I made do and then headed for the doghouse. In 2010 the doghouse had been the living room. 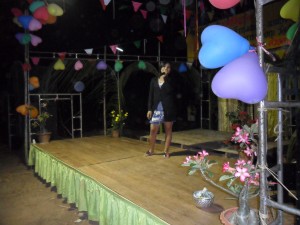 Now for the reason behind my late arrival into 2011 and what I presumed to be the doghouse. On New Years Eve the village had a street party and I knew Wilai wouldn’t want to attend, she’s not much of a party animal.

Anyway, with Wi’s blessing I decided to unleash the lion in me and make my presence visible at the village do. Already intoxicated by my afternoon refreshments I set off with the promise I’d return in one hour. I only missed the timeline by 20 minutes or so but…….

Those readers with Thai female partners will know that on occasions your wallet or pockets may be searched in a discreet manner as a way of checking on your alleged activities.

“Hus…band how many beer you dink (drink) party”

It was then I had to explain my observations about the party. There was live music with about 50 villagers in attendance but the ambiance was one of muted joviality, and I gauged the reason being a lack of Thai baht. I decided to give the party a shot in the arm heroin style.

I bought two boxes of beer, four large bottles of Hong Thong whiskey, soda water and enough cigarettes to give a beagle nightmares. A fool and his money are easily parted on the crest of an alcoholic wave. The party’s ambience picked up and a few revellers hit the dance floor and I daresay later the deck.

Wilai wasn’t too amused but fortunately she does discontent quietly and not loud. The dishevelled lion put his tail between his legs and sensing his ‘King of the Jungle’ status was clearly in the balance beat it to bed. The lion woke later than usual the next morning.

So there I was in the doghouse when Wi’s voice called from the garden.

“Hus…band I want you come see something garden”.

I could hear the dogs barking like crazy and fearing I was about to be shown a snake I gingerly stepped outside. A big bloody elephant was there before my eyes. 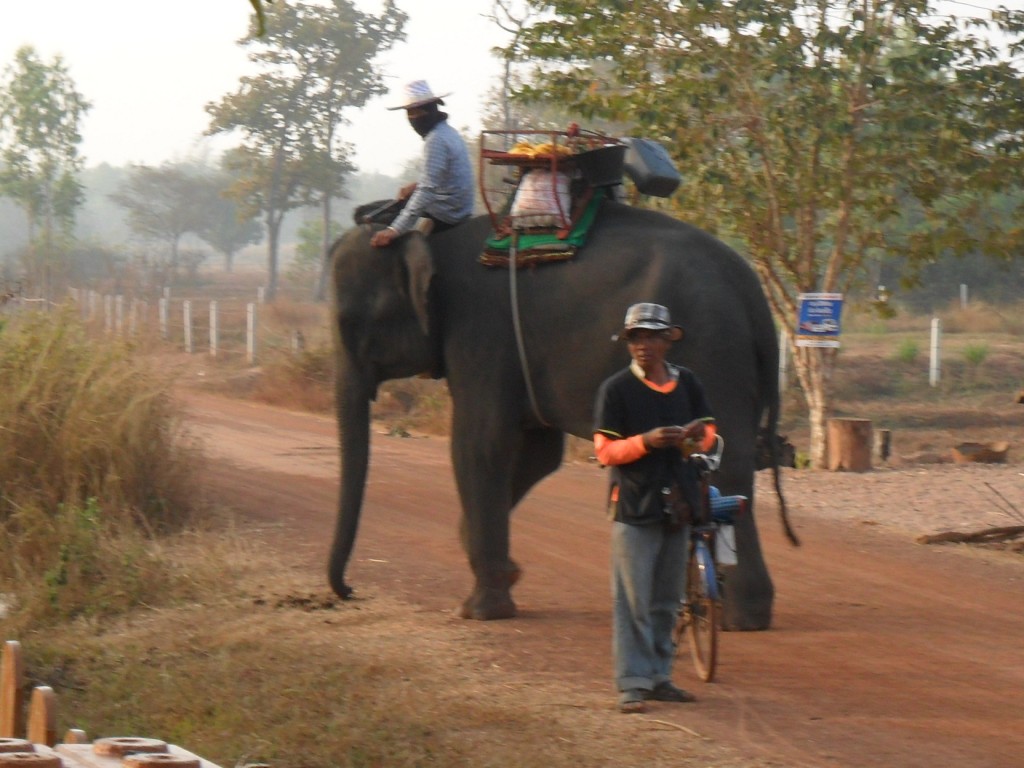 I disapprove of mahouts parading their charges in the cities of Thailand because the concrete jungle is no place for elephants to be. This however seemed slightly different. Rural life is a bit more chang friendly than the cities streets and high volume traffic. And what a wonderful start to the year. The living room renovation was clearly cancelled and an elephant was outside our home to welcome us to 2011. Thailand’s a land of smiles and wonderful surprises.

Happy New Year from myself and the Beyond The Mango Juice Team.