My last post Market Day and Naga Thai Lottery Fever had some photos of a shrine set up in honour of a car which allegedly had imprints on it from the Mekong River’s mythological Naga, a giant serpent with links to Lord Buddha.

Unfortunately whilst taking photos of the Naga’s imprints my camera battery went flat and what photos I had taken were not too clear in relation to the authenticity of the story. Yesterday I revisited the shrine with a fully charged battery and got some much better images, and as promised I am now updating about this rather strange incident. 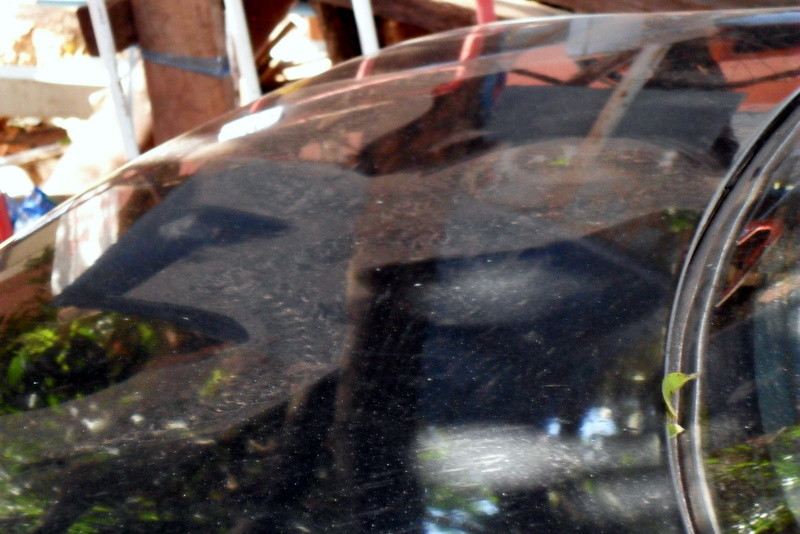 I think you can make out in this shot the shape of a serpents head and its nose touching the rear windscreen rubber trim. Click on the photo to enlarge. 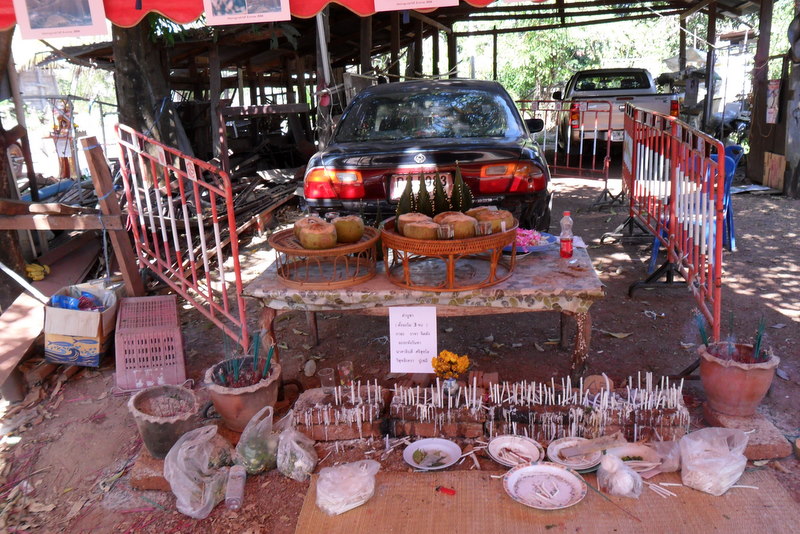 This second photo is of the shrine itself which I took during a quiet moment, the shrine had a steady stream of visitors during the hour I was present yesterday. For those of you who missed the car licence plate numbers which are on everyone’s lips in conjunction with the next Thai National Lottery draw, here they are once again.

Good luck on the lottery with those magical Naga numbers.