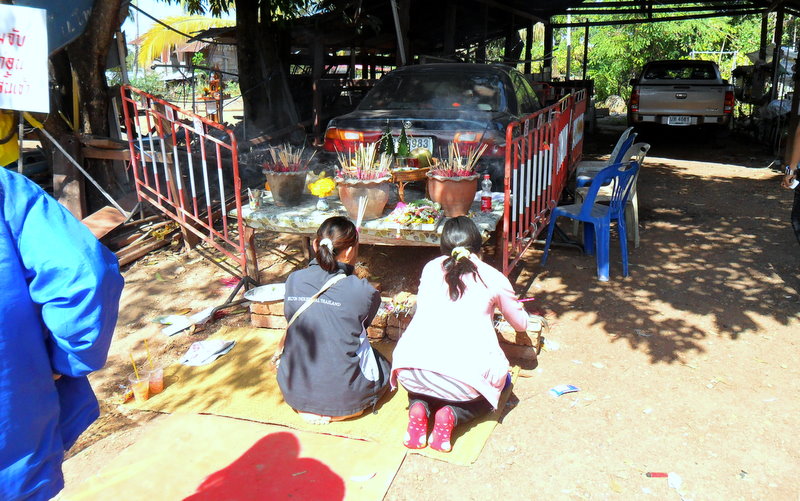 On my recent trip to Loei and Phu Rua I discovered Thailand has two towns with the same name, Sang Khom, at least that’s how they are phonetically spelt on the English reading road signs. Who knows, there may be more Sang Khom’s about.

The larger and more well-known town of Sang Khom is located on the Nong Khai to Loei road between Si Chiang Mai and Pak Chom. In comparison the smaller version is just three kilometres from our village home in Udon Thani province and to call it a one horse town would be dressing up the girl to say the least. If Sang Khom ever did have a horse then it bolted from its stable a long time ago past a door hanging from its hinges.

Yesterday it was market day in our Sang Khom and Wonderful Wi and myself took a trip to check out the town’s twice monthly talart.

I’ll come back to the top photograph in good time, first, let’s follow the three little piggies to the market. 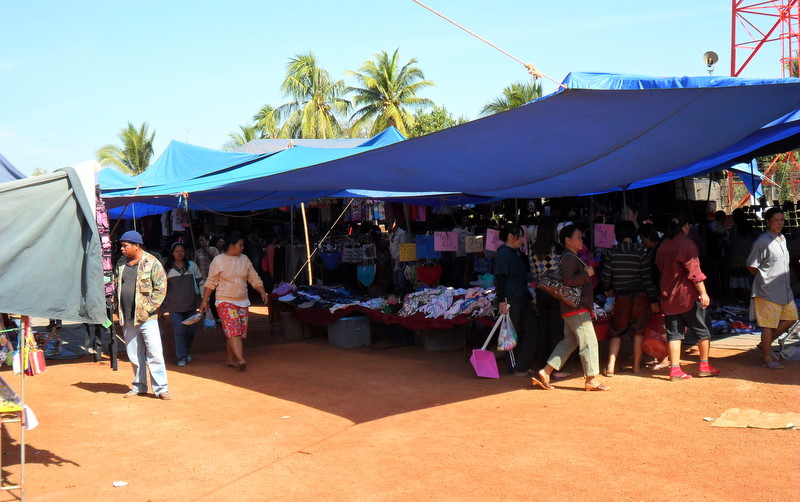 Black Beauty, Trigger and Barnum weren’t about, neither were the piglets, but in fairness to Sang Khom its big market is a large and colourful affair. 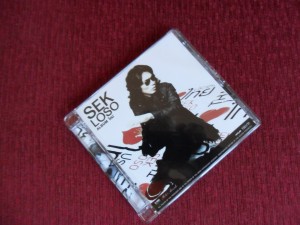 If you’re into last year’s trends and cheap trinkets then empty your car boot before arrival. For just a few baht you can acquire more ‘bling’ than a top rap star. Surely those wafer thin shirts should spout Rizla not Reebok.

I purchased a pair of training bottoms for a heavenly 60 baht and last night I serenaded them around our house as shorts that were either too long or trousers which showed off the tan on my ankles. There’s no fitting rooms at Sang Khom’s market and the guarantees are not worth the banana skins they’re written on, but isn’t that the attraction. Not getting ‘skinned’ is an art I’m yet to master.

Then again there are lots of good value items at the market.

I bought Sek Loso’s latest rock music CD for 130 baht and the fruit and vegetables on display got you searching for small change simply by the allure of their colours.

Samlors came and went crammed full of passengers and goods. The market is a top event in Sang Khom’s monthly calendar.

I found myself a quiet shop and set up my own bar counter on one of those large blue ice boxes. I mused an hour or so away.

Walking back to our car Wilai suddenly called me over to where she stood amongst a small group of people.

“Hus…band, I want you come looking something”.

Sang Khom is not too far from the city of Nong Khai and Phon Pisai town. Both are on the banks of the Mekong River which is home of a mythological Naga, a giant serpent believed to be in its waters…..now we’re back to the top photograph.

The car owner had woken that morning to find strange markings ingrained on the vehicle’s bodywork. Imprints from some kind of creature could be seen on the paintwork, and it was clearly visible something large had slithered over the car. The gathering crowd were in no doubt as to what had caused these strange twisting track marks. The mythological Naga, a fire breathing dragon. 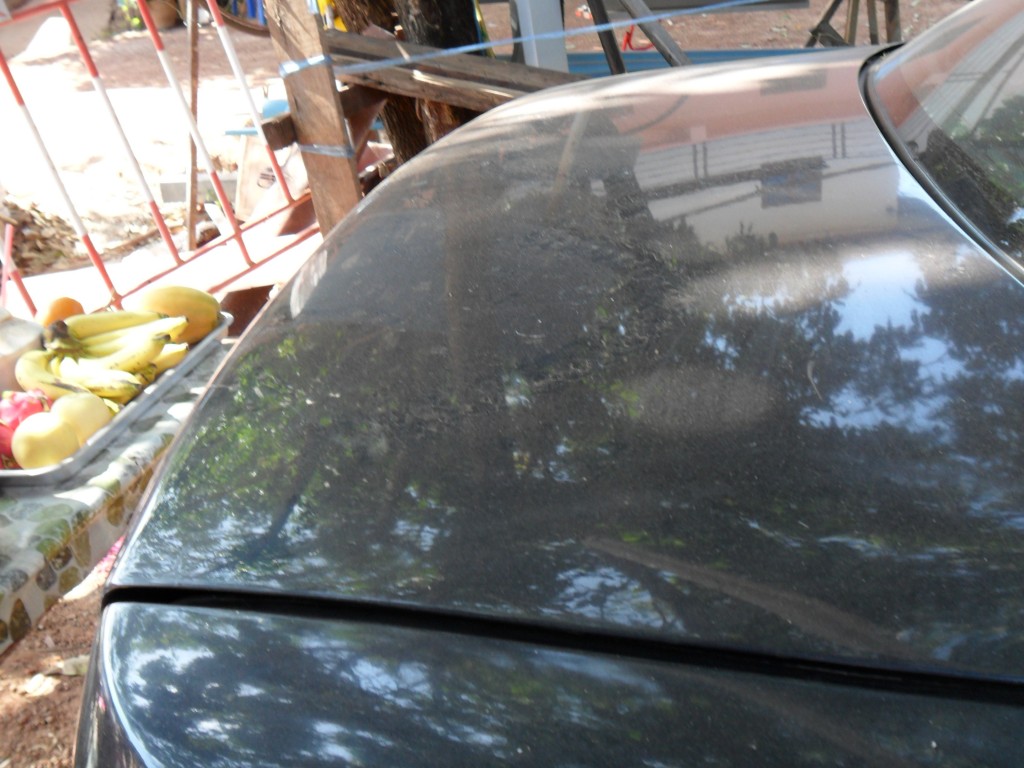 I quickly weighed up the evidence before me and instantly made a decision, purely based on self preservation and the instinct of survival.

“No have snake about, naga walk over car…..same big dragon”.

There were two chairs at the side of the car, their purpose was to view more naga imprints on the car roof, like a lithe mountaineer I made my climb. To be honest I was half pissed and just about made it. Do Thais deliberately manufacture those cheap plastic chairs with one leg shorter than the others or are all their floors uneven. 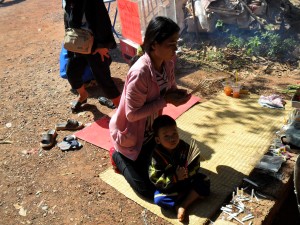 I took aim with my camera and then a single word broke the silence of Sang Khom’s Motor Show Shrine.

Balls may have been better but ‘bollocks’ is a fairly safe word to use in rural districts because nobody understands what you are talking about. My camera battery had given up the ghost or dragon to be more accurate.

My quest for the truth was over.

Various reasons apply for sane Thai citizens kneeling in front of a car and praying to a dragon. Good health, better job prospects or promotion are no doubt at the ends of some fingertips, but the Thai National lottery winning numbers are at the foremost of most people’s minds. The car licence plate and its magic numbers are now firmly imprinted in everyone’s head.

And those magic numbers are:

It was time to get back to our village. I was a worried man. A river flows along the front edge of our small hamlet and I had concerns over what mysterious creäture might lurk beneath its murky water. Our car was also a rental one and I needed to check the insurance. Would it cover damage from a mythological Naga.