In June last year I wrote a post titled Thai Humour Country Style which received a fair amount of hits and comment box response. The post featured a sleeping security ‘man’ who I was duped into taking photographs of. The incident turned out to be a classic example of Thai humour country style as I was fooled into taking photos of a straw man. 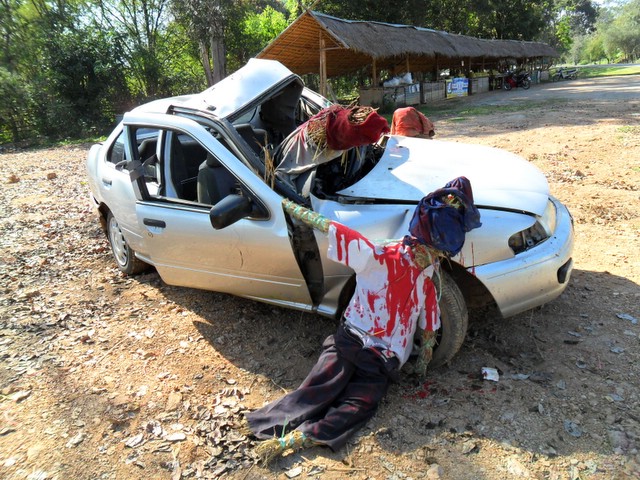 On my recent New Year trip to Loei and Phu Rua a gaggle or put a more appropriate way, a giggle of straw men appeared once again, but this time I wasn’t deceived by the spoof.

Thai humour like any other nation or culture comes in many guises and I believe slapstick comedy is probably the major source of laughter on Thai TV and big cinema screens.

Visual humour is another source of jocularity in Thailand and is very apparent in rural districts, you just have to keep your wits about you to see it in its sometimes bizarre form.

Wonderful Wi and I were travelling by car on the mountain roads from Loei to Phu Rua when the carnage in the photographs above and right caught my eye. On our return journey back to Loei I asked Wilai to stop at the scene of the car crash.

Thailand’s straw men weren’t going to fool me this time. 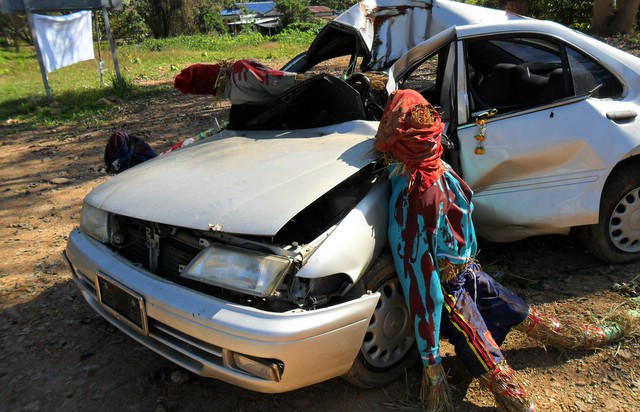 A classic case of Thai visual humour but maybe there was also a poignant message hidden there relating to Thailand’s annual New Year road death toll.

During Thailand’s recent seven-day New Year holiday period 358 people died in road accidents and 3,750 suffered injuries. Perhaps more classic car crash scenes like this one just might cut down those figures in years to come. 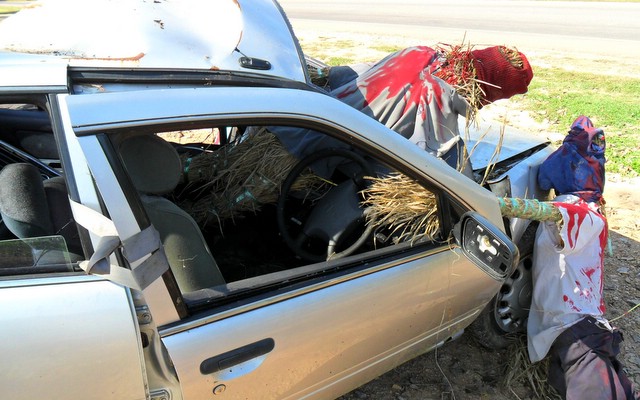 The car crash, classic humour or a message to eradicate a tumour which spreads itself like a dark shadow over Thailand’s roads each and every New Year. What’s your opinion, humour or tumour.