Baan Gerda and Living with the Tiger 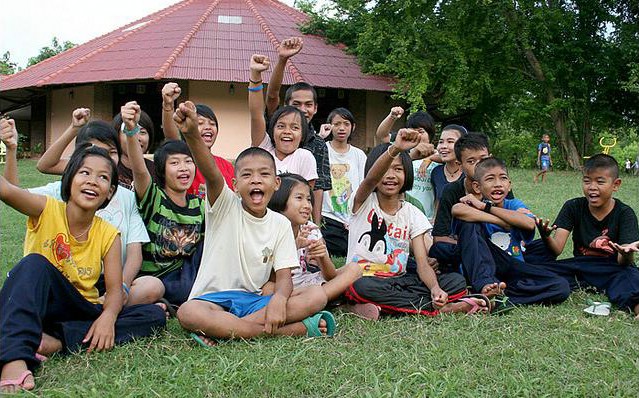 Can you imagine the trauma a young child goes through seeing their father or mother slowly waste away and die of AIDS. Quite often a child loses both parents and has to be cared for by relatives, the mental trauma and pain they suffer is unimaginable to most of us.

Many of these children are born with HIV and when their own symptoms develop they are cast aside by their relatives and abandoned by their own communities. A traumatized child alone in the world. Maybe traumatized isn’t a big enough word. But this is happening all over the world today, tomorrow and thereafter. There is however a glint of hope for some.

A small rural village in Thailand and a full length feature film documentary are highlighting a simple fact about HIV and AIDS. Those infected with the disease can lead a good life and one which is fully integrated into society.

Baan Gerda is that village and Living with the Tiger the film which documents the renewed hope and optimism being given to HIV infected orphans at Baan Gerda.

The orphans live in Baan Gerda, a hospice in Lopburi Province originally set up to care for AIDS victims during their last days. Nowadays Baan Gerda is full of energetic kids who hop, skip and jump like any other children. Many of them arrived at the hospice having been abandoned by their extended families and in poor health.

The small village is home for around 80 children who are cared for by foster parents, but the ultimate aim at Baan Gerda is to re-integrate their children back into the communities which rejected them and re-unite them with their relatives once again.

Living with a Tiger is playing a big role in helping make that happen and also in educating people about the mental burden these orphans carry around with them. It also is hoping to once and for all bury the myths and stigma wrongfully attached to HIV and AIDS.

Bruce Gaston, Mike Thomas and around 80 kids with a zest for life have set about changing Thailand’s, and hopefully the world’s, misconceptions about these two diseases.

Bruce Gaston is a composer, performer and music teacher. He first started teaching music to the children of Baan Gerda in early 2007, and then began to develop an idea for the children to perform in an opera. It has been inspired by the best-selling novel by Yann Martel, LIFE OF PI.

Mike Thomas worked as a volunteer after an opportunistic visit to Baan Gerda in 2006. He began to film the music lessons that Gaston had started, long before the idea of an opera or a documentary film had been discussed. Despite no formal training or experience, he went on to record the unfolding events and capture the stories of the children over the next 3 years.

Living With The Tiger Trailer
Uploaded by livingwiththetiger. 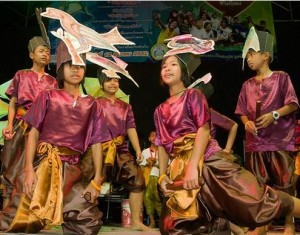 Living with the Tiger is a feature-length film viewed through the eyes of two boys, Oy and Bla who both lost their AIDS infected parents. Bruce Gaston starts giving the orphans at Baan Gerda music lessons and their enthusiasm and passion gives him the idea of writing an opera for the kids to perform.

As the opera progresses, kids from public Thai schools are invited to take part and the orphans re-integration back into local community life begins. The stigmas and myths start to get buried too. The opera and the orphans gel together so well it all eventually leads to a performance of their concert in Khon Kaen.

The film documents the highs and lows of Oy, Bla and their friends over a period of three years, and Living with the Tiger has a special free preview screening at Patravadi Theatre Bangkok on March 17th 2011. Click on the link for ticket details.

If you wish to visit Living with the Tiger’s website follow the link where you’ll find lots of background information about the film and the orphans of Baan Gerda. You can also buy a full length festival edition of the film via the website by making a donation of $28 (21 Euros / 500 Baht).

Talen, author of popular Thai blog Thailand Land of Smiles highlighted the story of Baan Gerda’s orphans and Living with the Tiger via his latest blog post. Talen is giving away three copies of the full length festival edition of the film and you can win one by visiting his site. He also challenged his fellow Thai bloggers to publicize and help to get the word out about Living with the Tiger and Baan Gerda. Beyond The Mango Juice is very happy to do just that.

Finally I’d like to leave you with an extract from Living with the Tiger’s website which describes a bit about the film’s two main characters, Oy and Bla.

It was only after a year of filming that the idea of making a feature length documentary began to take shape. Although the crew had been capturing the developments in the music lessons, it became clear that it was the lives of the children that was of most interest. The decision was made to focus on Bla and Oy as they had prominent roles in the opera.

After details of Oy’s troubled past emerged, the team managed to secure an interview with the uncle and aunt that had abandoned him at an AIDS hospice. They also asked if Oy would like to make the journey back to visit his relatives. It was several years since he was last in his hometown and the emotional reunion prompted the uncle and aunt to ask Oy if he would come back to live with them again. It was a difficult decision for him to make after what had happened to him before.

Bla had much clearer memories of his experiences when he was living at home. He knew that he had been rejected by his family yet he had this growing desire to return home, even if it was just to bring about some kind of closure on this period of his life.  When he mentioned that he wanted to take a trip back to see his land and visit his family he was happy for the film team to accompany him.