I’d like to start this month’s Thailand blogs review by directing readers attention to a post from Thailand, Land of Smiles. Living with the Tiger is an article written by the site’s author Talen which highlights the problems facing HIV and AIDS orphans in Thailand.

Living with the Tiger is a full length documentary about a group of orphans who live in Baan Gerda village, a HIV and AIDS hospice in Lopburi Province. The film narrates the story about the young orphans integration back into normal society by way of an opera and their hopes of once again living among the communities which rejected them because of their illness. If you can spare a few minutes then please do visit Talen’s site and read about the wonderful work being accomplished at Baan Gerda.

All photographs in this review are from Tourism Thailand which features an extensive gallery of over 1,000 images (royalty free) which are free to use in the positive promotion of Thailand. 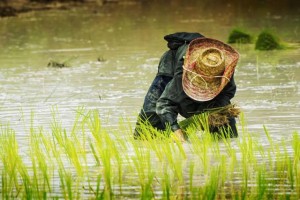 If you’re ever in Thailand and hear someone shout “Ngoo hao”…..run like crazy. Those two words refer to the deadliest of Thai snakes, the cobra. Hong nam is another two-word Thai phrase but it simply means bathroom. Put all four words together and we’ve got the story of my pick of the month from Retired in Thailand and Loving It.

Malcolm’s neighbour has a cobra in the bathroom……. and she’s sat on the toilet. Friends rush to help and dispose of the snake but afterwards Malcolm has the dubious task of checking the house over to see if there’s anymore cobra’s about. Slither over to Malcolm’s blog and check out his post Snake in the neighbor’s bathroom.

Oölogy is the branch of zoology that deals with the study and collection of eggs, especially wild birds eggs. ‘E’ is for Oology is a post from Cooee which looks at Thai delicacies made from those very things oölogists study. Khai yiao maa, (ไข่เยี่ยวม้า) literally ‘egg urine horse’ and khai khem (salted egg) are two dishes blog host Snap tackles in her post.

A BBC World Service broadcast is the source of Thailand Blog’s post Thai Sex Industry Problem or Profession. The BBC broadcast was live from the rooftop of a nightclub in Bangkok’s bar girl district Patpong, and questioned people involved in sex tourism about whether the industry was good or bad for Bangkok. Mike Rose analyses the radio programme and bullet points his interpretation of both Thais and foreigners moral perceptions about Thailand’s sex tourism industry.

Last month Thailand celebrated its Buddhist merit-making Makha Bucha Festival and Catherine, author of top Thai language blog Women Learning Thai…and some men too, took off due south to Krabi and Ao Nang beach. Catherine moors herself on the beach and casts her eyes out to sea at Ao Nang’s Long-tail Boats bobbing in the water against the evening sun. Catherine’s charming writing style sets the scene and is further enhanced with some lovely pictures of the motorized long-tail boats. 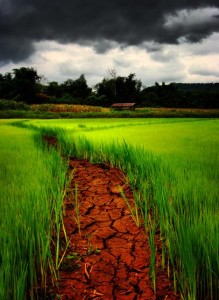 Take a big deep breath and put on your bicycle clips because Lawrence and Life in Phana are taking us on a bike ride. Last month Phana held a celebration to mark its 300 year old history and part of the festivities was a bike rally which involved playing games and finding clues. If you enjoy reading about life outside of tourist Thailand then Making History in Phana is perfect for you. Lawrence includes plenty of photographs with this one. Definitely one of my favourite posts from February.

Pull up your bar stool and get some free advice about dating Thai bar girls at Siam Rick’s blog Behind the Noodle Curtain.

Stay seated on your bar stool because paulgarrigan.com wants a word in your ear about running a bar in Thailand. Paul no longer drinks alcohol but in his early Thailand years he spent enough time and money in bars to recognize the qualities needed to run a successful bar in the Land of Smiles. Paul’s advice to the majority of us is Open a bar in Thailand? Are you Nuts?….. This one’s full of sound solid advice and is a must read for anyone thinking of acquiring a bar in the Kingdom.

If you’re heading to Koh Samui then head to Camille’s Samui Info blog first. Even more so if you’ve a taste for Japanese food. Camille reviews Ageha Sushi Bar in Lamai, a new restaurant on the holiday island which gets a thumbs up from Camille’s Japanese friend. The restaurant specializes in sushi and sashimi, and all the local fish on the menu are fresh. The Ageha Sushi Bar has traditional Japanese style tables as well as western ones. Sake is also served in big wooden cups. It’s a shosha (winner) as the Japanese might say. 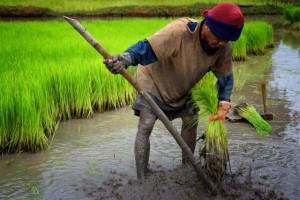 MeMock and Life in rural Thailand are back in the Land of Smiles after returning to Australia late last year. MeMock’s (Andrew) return is business related but he and his family have nested once again in their Ubon Ratchathani village home and happily for his many readers he has picked up the reins of his blog once again.

Thailand and Cambodia are currently in dispute over border rights to the Preah Vihear World Heritage site and Thai temple ปราสาทเขาพระวิหาร conflict escalates – now affecting Ubon Ratchathani recalls Andrew’s visit to the temple three and a half years ago. There are some really stunning pictures of the temple Thais call Prasat Khao Phra Viharn attached to this post.

Thailand Musings lovable husband and wife team of Steve and Golf are heading off to Thailand to set up home in Bangkok and What Am I Going to Miss (in the US) When I Move Back to Thailand? is a post from the Thai half of the team. Saying goodbye to the comforts of America will be hard for the couple and their young child, and Golf lists the things she’ll miss most when they leave America’s shores. Grab your snowshoes and join Golf for a burger in the good old US of A.

How much food can 145 baht buy you in Thailand is answered in full by The Thai Pirate’s post Thai Food and Prices – A Meal on the Road. Prices are rising in Thailand for most things but street food is still affordable to practically everyone, and Ben proves that point by grabbing a takeaway for two from a Bangkok market. Put on your napkin and board The Thai Pirate for a cheap feast in Thailand’s capital city.