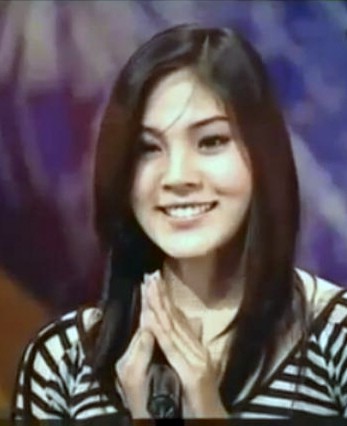 I thought I’d start this post with a photograph of a beautiful Thai lady. A Thai girl with long shiny black hair, big crystal clear brown eyes and a beautiful flashing smile. She’s also a lady with a wonderful singing voice.

Hmmm……..perhaps I’ve lied a bit there. She’s also got a very good male voice too.

Sorry gentlemen, Miss Bell Nuntita is a khatoey but she is proof Thailand’s got talent and further evidence that when you’re in the Land of Smile’s flesh-spots, checking the mantlepiece before poking the fire is wise advice but it might also be best to get some background on your ‘lady’ from a chimney sweep or two.

Miss Bell Nuntita, real name Nuntrita Khampriranon, appeared in a qualifying round of the Thailand’s Got Talent TV show in the hope of making it to the grand final in May. The show is a spin-off from Simon Cowell’s highly successful America’s Got Talent TV series in which ordinary people are given a chance to showcase their talent in front of a big audience and a panel of judges. 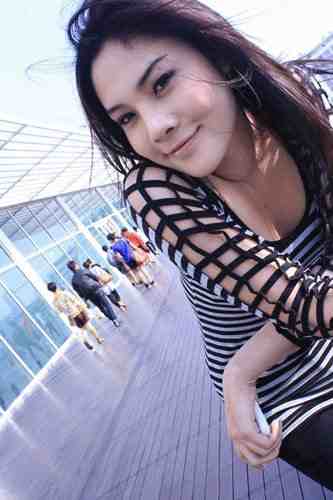 Making it to the grand final can lead to big showbiz opportunities but the overall winner can be assured big money contracts and instant fame will follow. Bell Nunita (photo left by Shaun Chan) wowed the audience and captured the hearts of the judges panel with her singing performance starting in a sweet female voice which later switched to a deep male bass.

After the show Bell Nunita had this to say:

“They’d always made fun of me, called me ‘fag’, ‘drag queen’, but what could I possibly do?…. And my dad never accepted me for what I am”

“The worst, he once beat me badly. He tried to beat me until I quit being gay. I want to tell my dad that I love him, and that I made finally it now.”

My research into Bell Nuntita led me to her Facebook page which revealed many photos of the ‘lass’ and lots of congratulatory comments on her TV performance. However my search went on.

I discovered that far from being an ordinary Thai citizen Bell Nuntita is supposedly a member of Thailand’s all khatoey pop group Venus Flytrap.

The transgender pop band consists of Hot Venus, Sweet Venus, Posh Venus, Naughty Venus and it’s claimed Bell Nuntita as Sassy Venus. The TV show is produced in association with Sony Music Thailand which also happens to be the record label the ladyboy band is assigned to. Perhaps someone can confirm whether my information is correct because there are so many wrong facts published on the internet and I’m not totally convinced by the story myself.

The all khatoey group are pictured below and so maybe you can pick out Sassy Venus from the five ladyboys on show and match her to the photos above. Click on the photo to enlarge. 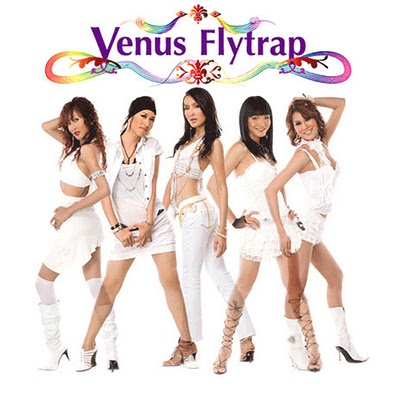 For those of you who haven’t seem Miss Bell Nuntita’s amazing performance on Thailand’s Got Talent, here’s a YouTube video of the country’s new transgender singing sensation in full voice(s).