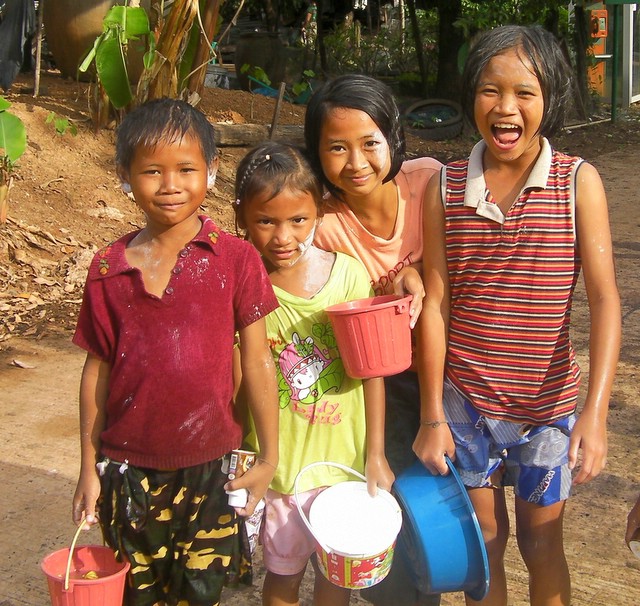 Thailand’s New Year Songkran Festival is celebrated each year from April 13-15 and today the three-day festival draws to a close in most parts of the country. Unfortunately for myself I will not be in Thailand until early next month and therefore I have once again missed the Land of Smiles amazing New Year water celebrations.

Songkran is the traditional Thai New Year and an occasion to pay respect to ones elders by way of a custom performed by gently pouring water onto the palms of the elders hands and over their shoulders. Whilst carrying out this ritual people offer good wishes and words of blessing for the coming New Year.

The water ritual is used to cleanse bad luck from the previous year and bring good luck to the new one. An elder will often apply a white paste mix of talcum powder and water from a silver bowl to the face and neck of a younger person to ward off evil spirits from the more youthful soul.

In modern-day Thailand the traditional customs and culture of Songkran are still upheld but huge water fights have now become part and parcel of the celebrations. April is historically the hottest time of the year in the Kingdom and in its cities, towns and villages, if you are travelling on foot, by motorbike or sat in the back of an open truck you are liable to receive a constant dousing of ice-cold water from strangers whether you want it or not. Only the aged and less able citizens escape the cold water shock. And then not always.

In earlier years I have enjoyed Songkran in Thailand’s wild child coastal resort Pattaya where the New Year festivities stretch to seven days of water fuelled fun and mayhem. Huge water fights take place on and around the streets of Pattaya with water pistols and huge water cannons used to soak anyone within range. I have also had the pleasure of experiencing the joys of Songkran in Wonderful Wi’s Isaan village too.

Searching through my ever-expanding archive of Thailand photographs I came across some pictures which were shot in Wilai’s village three years ago. I have used a couple of them in a post once before but for those readers who have not viewed them I’d like to share them with you, and show that Songkran in Thailand’s rural pastures may not have the advanced water weaponry the cities have, but the old plastic paint buckets and occasionally seen brightly coloured water gun still have the same effect. Lots of fun in the sun, especially for the kids. 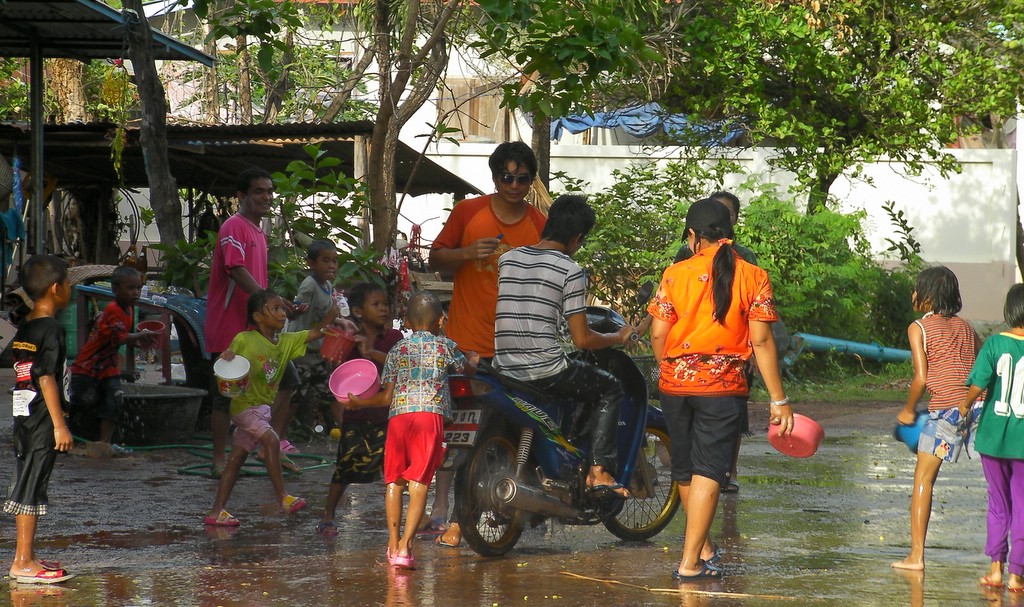 In a Thai village if you need to go somewhere then most people jump on a motorbike and during Songkran a moving target is a great challenge for kids and their water buckets and bowls. 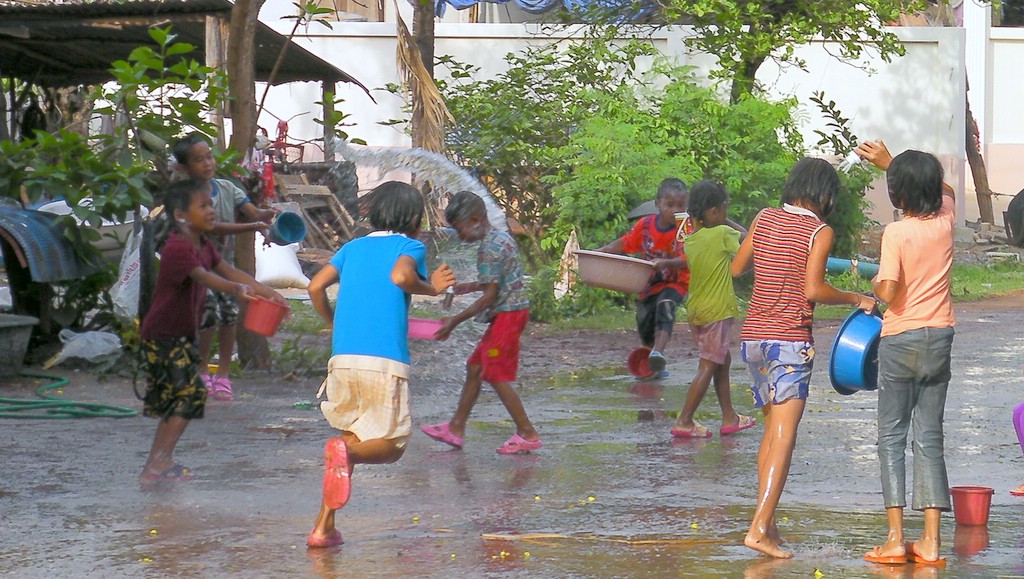 If there’s no adults about to ‘cleanse’, then village kids are just as happy showering each other with water. If you’re a farang in one of these country villages then you really are at the very top of every child’s hit list. 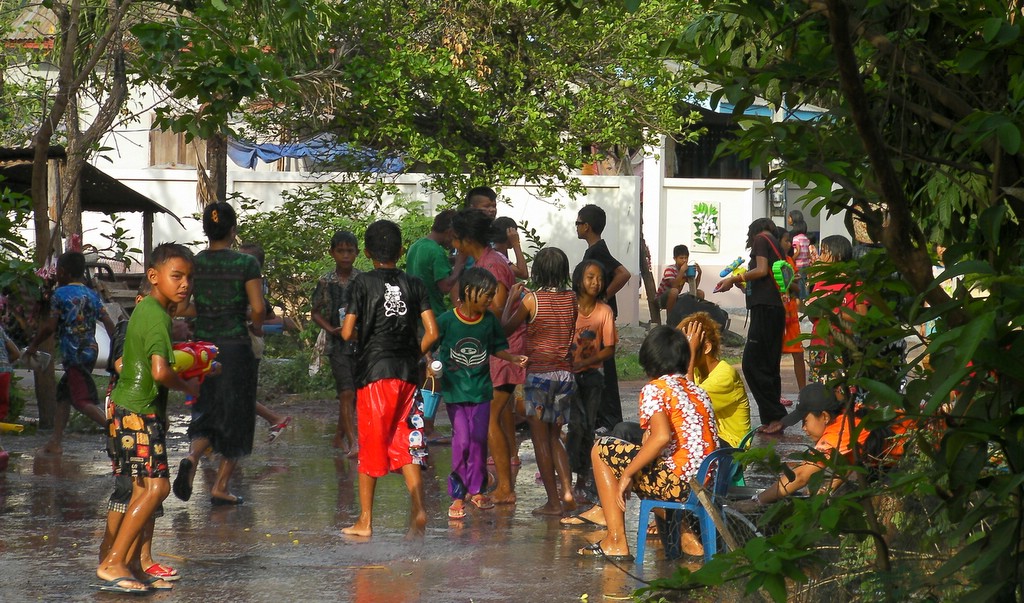 I think this photograph shows a lot about the great community spirit most Thai villages have. Thai festivals really do bring village people together and Songkran is so typical of that.