I hope this post doesn’t upset any of my American readers because they make up a large percentage of Beyond The Mango Juice’s hits. I pray to God and Barack Obama that you do not judge and condemn me for a crime, but instead praise me for educating the American nation about the real reason Neil Armstrong and Buzz Aldrin were so keen to exit earth and land on the Moon…..They couldn’t face another American breakfast. 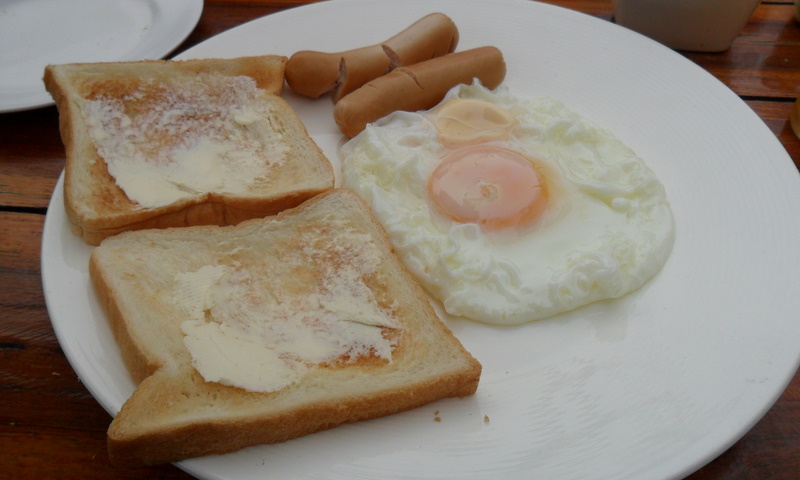 Many years ago I tried a Thai style American breakfast, I was desperate for food after a night’s partying in Pattaya and the hotel I was staying in had a very poor breakfast choice. The meal I ordered was like the one pictured above which is normally served with two slices of ham and a small serving of jam. I think the jam is to keep the flies away from the breakfast.

America, I want to ask you if your citizens really eat this for breakfast, because I believe it is a great insult to one of England’s greatest inventions and exports, a full English breakfast. If your boiled hot dogs, eggs, sweet bread, jam and anorexic ham are so wonderful why didn’t Neil Armstrong say:

“Houston, Tranquillity Base here. The Ham has landed.”

I reckon Neil and Buzz got together one morning and whilst sharing a liquified American breakfast decided to rewrite the script.

Here’s a picture of a truly nourishing breakfast, English style. 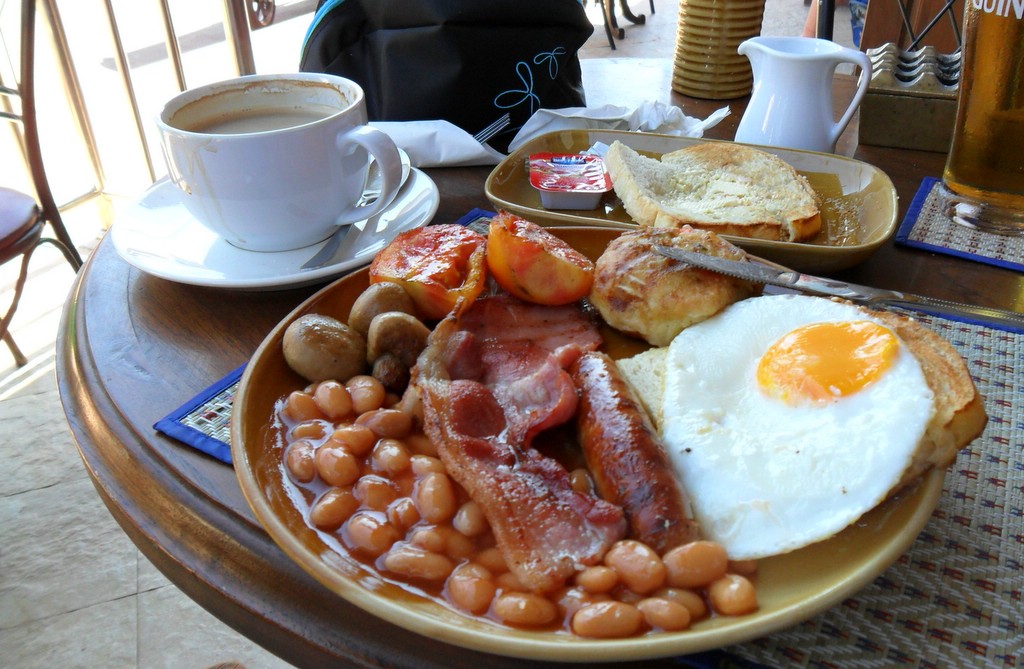 Game set and match and you now know where the term junk food came about. America.

Talen, author of the very popular blog Thailand, Land of Smiles, had this to say about a post I wrote a few months back which outlined the merits of a full English breakfast.

“….Never been much of a breakfast eater and while I have seen my fair share of English Brekkies I just can’t for the life of me figure out how you judge presentation…even the best English Breakfast looks like someone threw it at the plate from the other side of the kitchen….”

Talen, your comment sent a nation into outrage and wounded three lions. Make that two, as I think Tony Blair sold one to some up and coming African country. I know from inside information your views caused heated debate in Westminster’s Houses of Parliament, and a SAS breakfast time raid on your Pattaya apartment was only thwarted by the special ops hot dog guns jamming. Please don’t bother applying for a UK visa because your chances of success are thinner than your country’s ham.

Talen, if someone threw an American breakfast across my kitchen I’d grab a floor mop not a plate.

The Eighth Wonder of the World

The Taj Mahal and Great Wall of China are listed as two of the Seven Wonders of the World. I’m a lucky man because years ago in Pattaya I saw the eighth.

I was in a hotel restaurant and a farang and his Thai girlfriend sat down at the table next to me and ordered breakfast. Two American breakfasts. I watched in awe and wonderment as the Thai lady buttered both pieces of toast, spread jam on them, then placed eggs on top. Every mouthful she took I found myself mimicking her motions as I chewed her every chew. The Eighth Wonder of the World, eggs and jam on toast. Even an England football hooligan wouldn’t stoop that low. 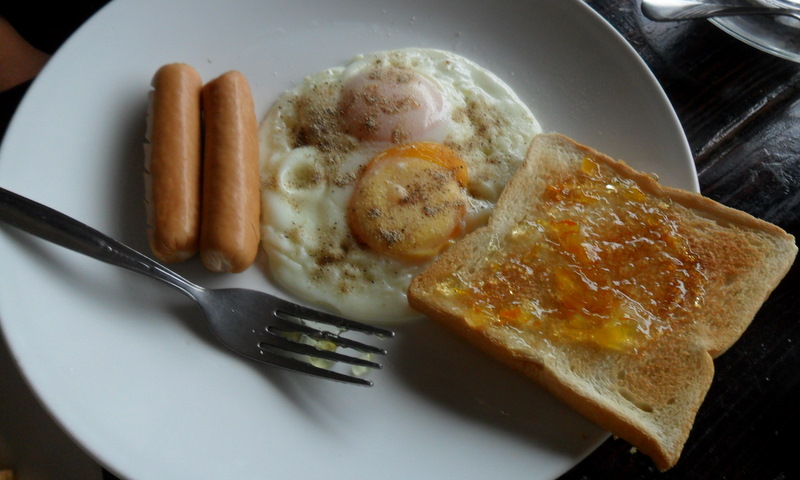 Three days ago in Chiang Mai I once again witnessed the world’s eighth wonder and this time it was delivered by Wonderful Wi. It was an act of betrayal from someone who is very close to me. I didn’t say a word but was deeply hurt when she did exactly the same the next morning when the hotel served the breakfast with ham as well. 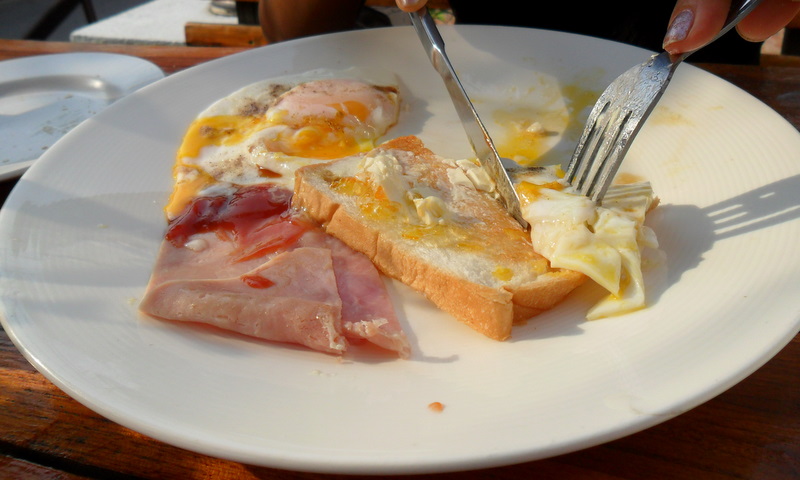 You can click on the photograph to enlarge it if you wish but I think you can clearly see jam on the toast. What more proof do you need that Barack Obama and his American citizens should be brought before a World Criminal Court and charged with cruelty to breakfast plates.

I’d like to finish this post by going back to Neil and Buzz because I have unearthed a transcript from the Apollo 11 Moon landing mission which has never been published before. America has kept this quiet for years but here is the script from the moment Neil Armstrong unexpectedly told Houston Control they were heading back to earth earlier than planned.

Would I lie to you, I promise it’s true.