Thailand Snakes – Can Anyone Put a Name To This One

Wonderful Wi and I arrived at our village home around midday yesterday and quickly set about unloading everything from our Honda rental car. The groceries were first, followed by one large suitcase, two travel bags and lastly two days worth of the kind of things you accumulate browsing shopping malls and night markets. 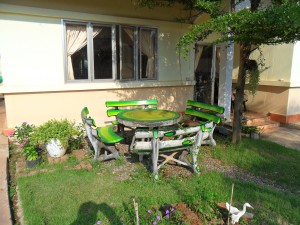 Twenty minutes later with everything put in its right place I wandered outside to sit at our garden table and smoke a cigarette. I lit the cigarette but didn’t make the seat because something caught my attention just as I was about to sit down. It made me take a step back and then curiosity took me an even greater step forward.

There was something lying in the middle of the table and at first I thought it was a rubber toy snake, but getting a little closer I became convinced it was in fact a real one. Albeit very small. 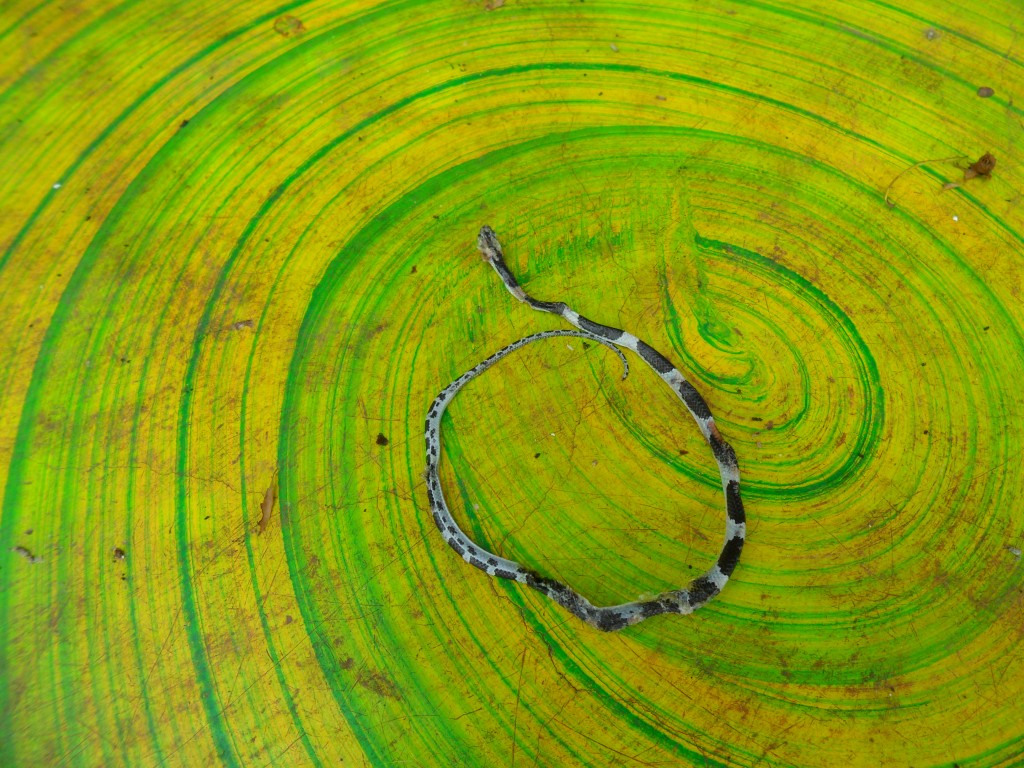 The ‘thing’ was only about 8-10 inches long and it was thinner than a standard size pencil. I picked up a long twig and with an outstretched arm gave it a gentle poke (imagine Indiana Jones in action). The ‘thing’ didn’t bat an eyelid.

My probing convinced me it was real but it appeared to be dead. I called Wilai’s teenage nephew over for a village boy’s expert opinion on the snake’s state of health.

To my surprise the youngster went about his task in exactly the same way as I had, he picked up a longish twig and prodded the ‘thing’. He then starting taking pictures with his mobile phone. That one action left me in no doubt that it was a dead snake and probably a very young one at that.

I still don’t know what type of snake it was and if there are any Thailand snake experts among my readers then I’d like to put the following questions to you.

Despite my great fear of any snake, poisonous or not, what I saw is just a part of everyday village life but hopefully, out of interest, someone can answer my questions.