May was a wonderful month for myself and Beyond The Mango Juice as I enjoyed the biggest part of it in Thailand and The Juice had well over 6,000 visitors for the first time. Maybe the new look to the blog has helped push reader figures past that magical milestone.

Was it just me or did you think the Thai blog scene was a little quiet during May, quantity seemed thin on the ground but thankfully quality was evident in copious amounts and my Thailand Blogs – May 2011 Review hopefully proves just that.

All photos included in this month’s review were taken during a four-day trip myself and Wonderful Wi enjoyed in Chiang Mai. 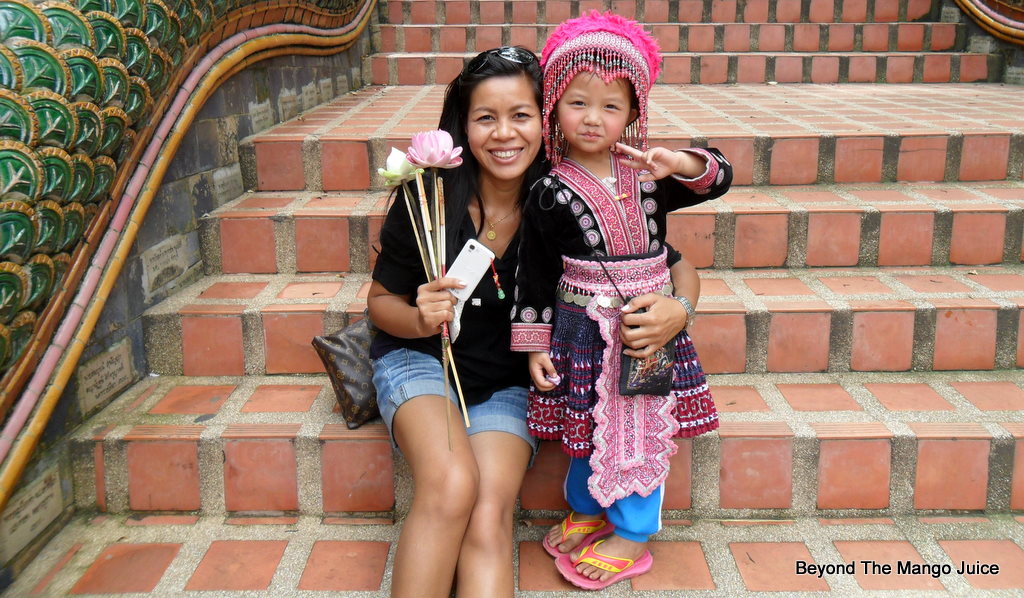 In March 2010 I wrote a post Red Red Whine in which I challenged Thai bloggers living in the Land of Smiles to try living on the Thai minimum wage of 170 baht ($6) for one day. To my knowledge nobody took up the challenge….until now.

Living Like a Thai is the first in a month-long series of posts from Talen and Thailand, Land of Smiles on trying to survive the month of June on 200 baht a day. Talen has added 30 baht to my original One70 Baht Challenge but it’s going to be a tough 30 days for the expat Pattaya resident. You can follow Talen’s progress daily on his top rated Thai blog and his post lays out the rules for what is going to be a very tough task to accomplish. If you’ve ever visited Thailand’s wild child city of Pattaya then you’ll know 6,000 baht can easily be ‘blown’ in one day, but Talen has to make it last one whole month. It’s going to be a fascinating series. 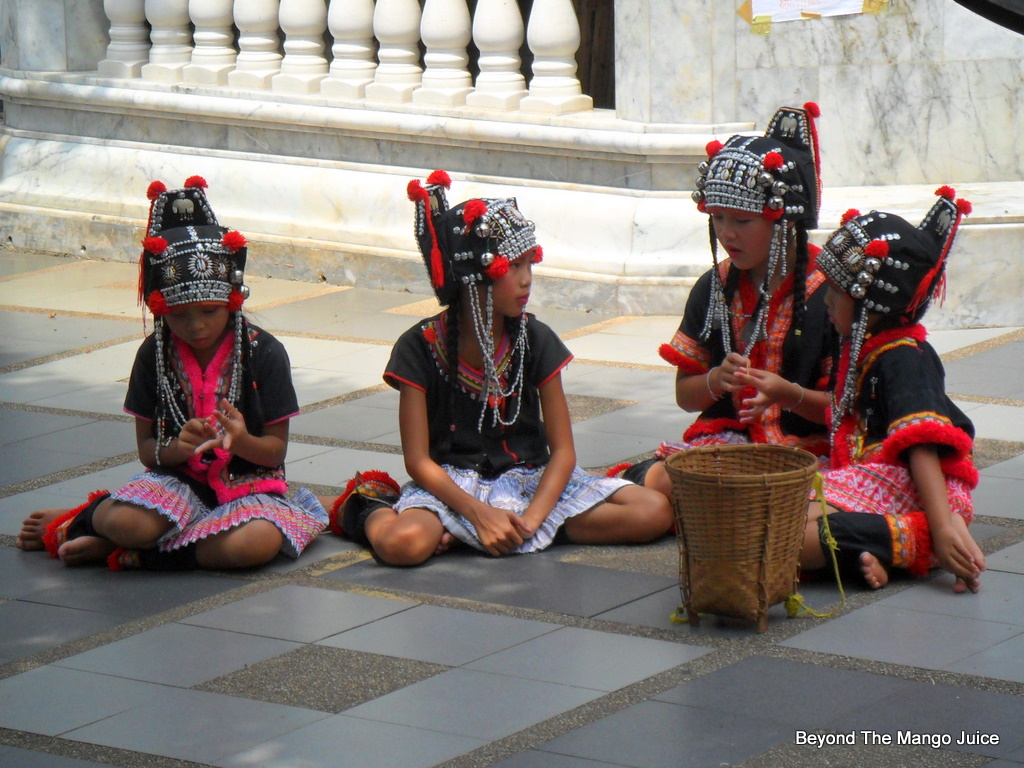 Phana celebrates the promotion of an abbot to the rank of Phra Kru and the local community hold a street parade in honour of the monk. A Thai rural celebration wouldn’t be the same without dancing-girls and a music band, and Thai Life in Phana displays both among its photographs in Parading the abbot. It’s carnival time in Phana and blog host Lawrence once again promotes life in rural Thailand in a positive way.

Breakfast in Bangkok: Why so bloody expensive? from Behind the Noodle Curtain fully warrants the inclusion of the swear word in its title judging by Siam Rick’s breakfast observations. Rick compares breakfast prices in Bangkok to those in Pattaya and the difference is amazing with the Big Mango costing over twice as much at most places. If you’re heading to Thailand for your first time then Rick’s post is a good one to read if you like to start your day with a western style breakfast. You might also want to clock, stock and avoid the one at the bottom of his post. 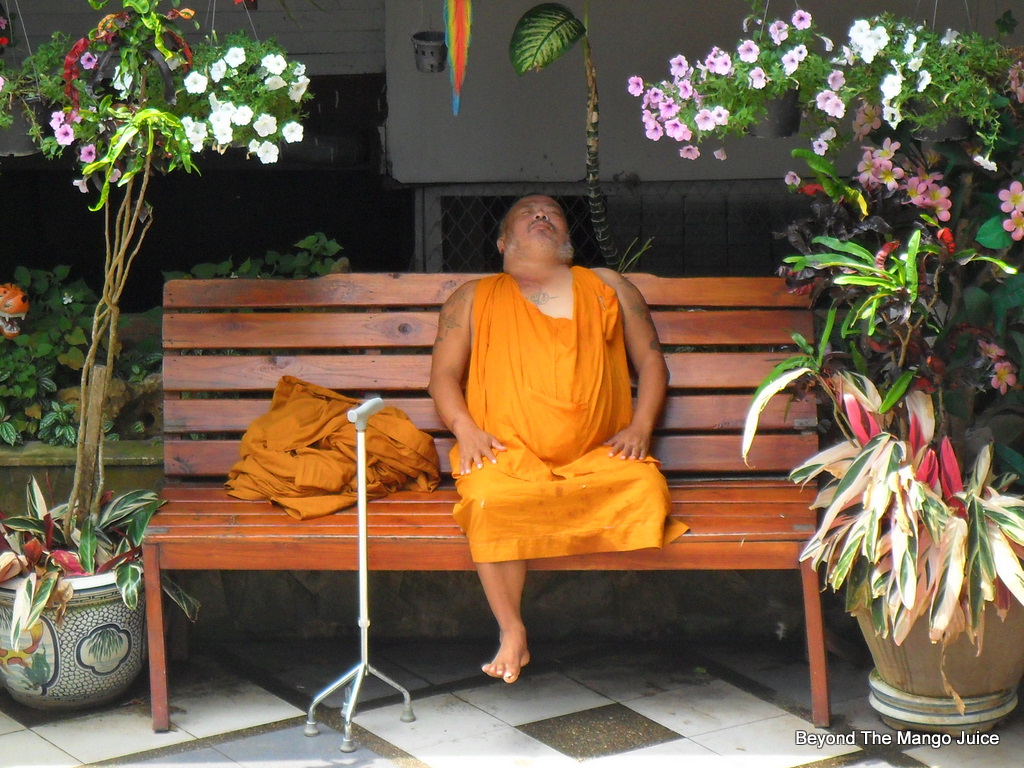 Paulgarrigan.com makes a Return to a Thai Village where his blogging and writing career started a few years ago. Paul and his family headed back to Pak Rong, a village Paul describes as being “situated in the middle of nowhere”, and enjoyed the charms of rural life on a long overdue visit to see family and friends. Paul’s lovely writing style once again pulls you right into the post.

The Thai Pirate post Thai Innovation & Invention – The Carrier ‘Bike’ is proof that when it comes to ingenuity Thais might not be leaders in rocket science, but their inventiveness would be a big help in transporting everything to the launch pad. This one carries a great picture showing Thai creativity and efficiency at its very best.

Mark Damaroyd once again stamps his fluent dry humoured writing style on Thailand Musings in a guest post titled The Thai Village That Never Sleeps. Mark reflects on life in an Isaan village and the disturbance, distraction and disaster that can so often shatter the peace and quiet of country life. If it’s not the cockerel crowing or the wannabe karaoke singer crooning there’s often something going on to disturb your peace. Grab your earplugs and check out Mark’s wonderful musings.

There’s disappointment in the air for Catherine when she and her friends go in search of fat Thai ladies and an elephant picnic. Jumbo Banquet & Jumbo Queen Contest is the story of a visit to Samphran Elephant Ground and Zoo to see a Jumbo Queen Contest where the female contestant who best exhibits the characteristics of an elephant, by virtue of their grace, elegance and size, wins the competition. There was also the chance to view an elephant banquet too. The day goes ‘Nelly up’ with a fat chance of the seeing the Jumbo Queen Contest and a slim chance of viewing the Elephant Banquet due to its late schedule. Woman Learning Thai…and some men too includes some great photos in this post of some of the other attractions at Samphran Elephant Ground and Zoo. 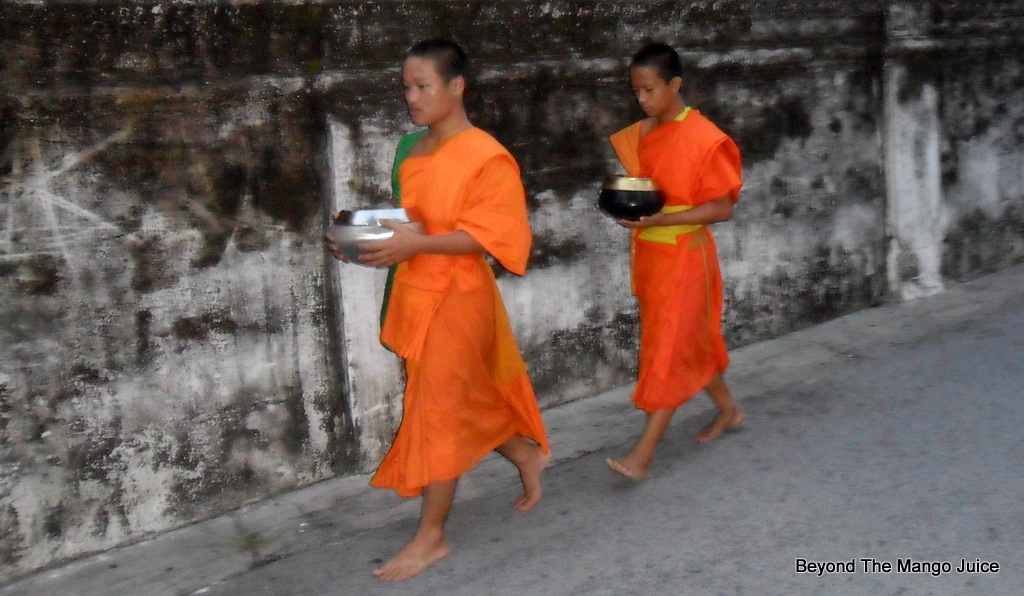 Did you know getting your haircut in Thailand on a Wednesday is bad luck. Well you do now but the reasons why are still up in the ‘air’. Thai Superstitions-A Hair Cut poses the question why is it unlucky to get your haircut on Wednesday in Thailand? There are plenty of theories in the comments box and if you have one of your own then ‘head’ to Thailand Blogs and add another ‘layer’ to the answers.

If you’ve never seen Durian fruit before then there’s every chance you’ve never whiffed a ‘smell from hell’ either. Durian is called the King of Fruits and is a soft , creamy textured fruit concealed inside a thick thorny skin and when cut it has a very strong pungent smell. Its odor is so bad most hotels in Thailand have banned it from their premises. Australian blogger Snap ‘taste drives’ durian for the first time and her post includes descriptive words like onion and cat p*ss. Pinch your nostrils and visit Cooee for a taste of Durian – the thorny truth. 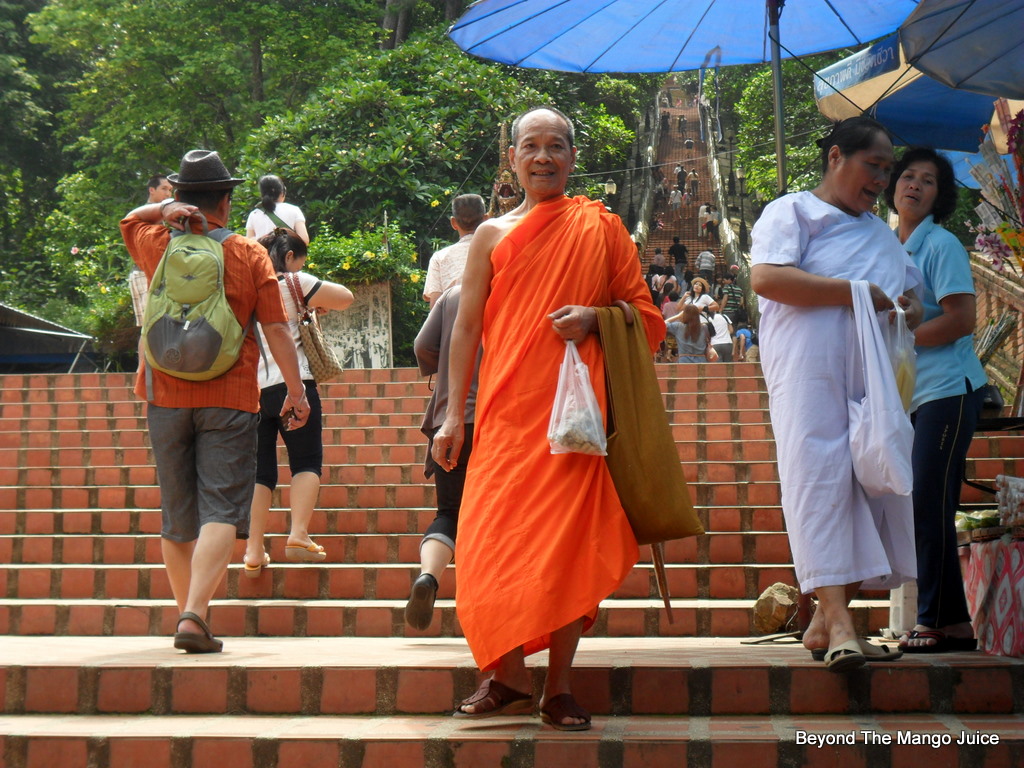 Malcolm and Retired in Thailand and Loving It had a quiet month blog-wise during May due to his computer going pear-shape. He did however pen one post and it was a banana-shaped one at that. Going Bananas is not about Malcolm’s computer problems, it’s the story of Malcolm’s sheer joy and happiness when a banana tree in his garden yields its first fruit. The photos are very yellow, and there’s a few of them, but they do show what a good harvest of bananas Malcolm has had.

Life in rural Thailand blog author MeMock has once again returned to Australia with his wife and two young girls but he did still put out two posts last month one of which proved it’s not just the French who enjoy eating snails. Sticking, scooping and slurping snails – Thailand style is all about a Thai delicacy which MeMock’s two young girls especially enjoy, and there are pictures to prove it as the girls scoop and slurp their way through a plateful of freshwater snails. Get out of your shell, grab a toothpick and slide over to MeMock’s excellent Ubon Ratchathani blog.

For those readers interested in martial arts then you can get your kicks from Camille’s Samui Info blog and his May post Koh Samui Taekwondo championships. Camille’s young son has his first competitive fight in the island’s 2nd Koh Samui Taekwondo Championship and to see how the lad fares, drop on the welcome mat at Camille’s blog. Will it all end in tears?

My pick from Beyond The Mango Juice for May is a post which possibly explains why American astronauts Neil Armstrong and Buzz Aldrin were keen to leave America and land on the Moon, then just as eager to return back to Earth. One Giant Leap Backwards – Thai Style American Breakfast has a tongue in cheek explanation for it all.