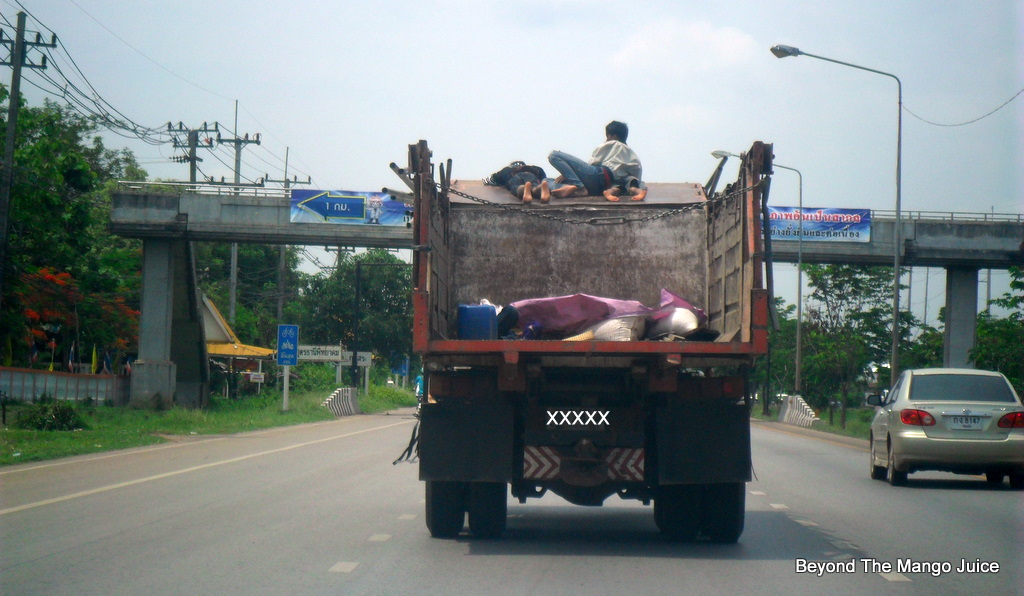 The photograph above is an alarming sight and once again shows the danger and madness on Thailand’s roads. It’s the kind of spectacle which is not uncommon on Thailand’s highways but one which you’d probably never see in countries such as America, Germany, France or the United Kingdom. Heaven help the driver of the truck and its high riding passengers if the police caught sight of them in one of the countries afore mentioned.

I took the photograph whilst travelling along the Nong Khai to Udon Thani highway and the truck was moving at a good 75 kilometres an hour. At first glance it looks as if there is a young man and boy led out flat on top of the truck’s trailer but on closer inspection of the blown-up part of the picture below, a very young boy can also be seen. On realisation the photo had three people perched on top I now think the one on the left may in fact be a woman and the wife and mother of the other two. That’s quite an adventurous family day out. 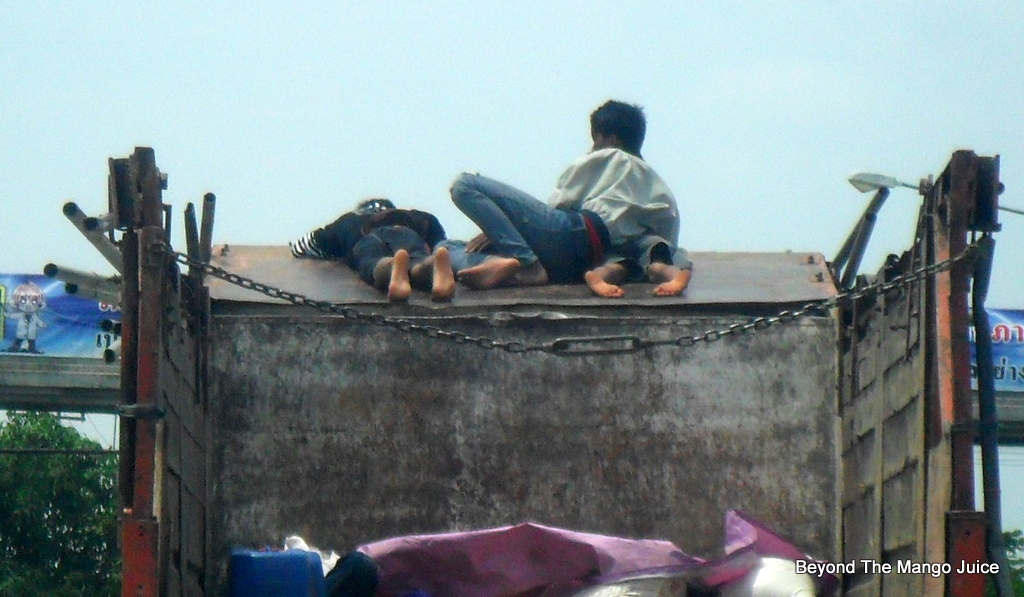 The truck was heading towards Udon Thani city and wasn’t too far away from passing over railway lines which cross the highway and give any vehicle a big bump if they hit them at speed. I didn’t see that outcome of that one as Wonderful Wi hit the gas and we left the truck and its Calamity Family behind us.

In a gesture of goodwill to the irresponsible truck driver I’ve blanked out the vehicle’s registration plate because I wish him and his high riding incumbents no more trouble than what they’re probably heading into some day soon.

If any reader is planning to rent a car and drive on Thailand’s roads for their first time then I hope this post serves as a warning to the kind of madness that’s viewed on Thailand’s roads on a regular basis. Air and train travel are both generally safe and despite regular reports of coach accidents in Thailand the sheer amount of those vehicles travelling the length and breadth of the country means those accident statistics add up to make a very, very low percentage.

My view is it’s best to leave car travel on Thailand’s busy highways to those who have experience of the mentality of the country’s gung-ho drivers and therefore can react quicker to the unexpected.