The photograph above (source EPA) is a shocking one but one which has a happy ending for most of the dogs locked in cages on the flat-bed truck. Thanks to the intervention of Thai police, these dogs and many others have been rescued from ending up on the menus of restaurants in Vietnam. 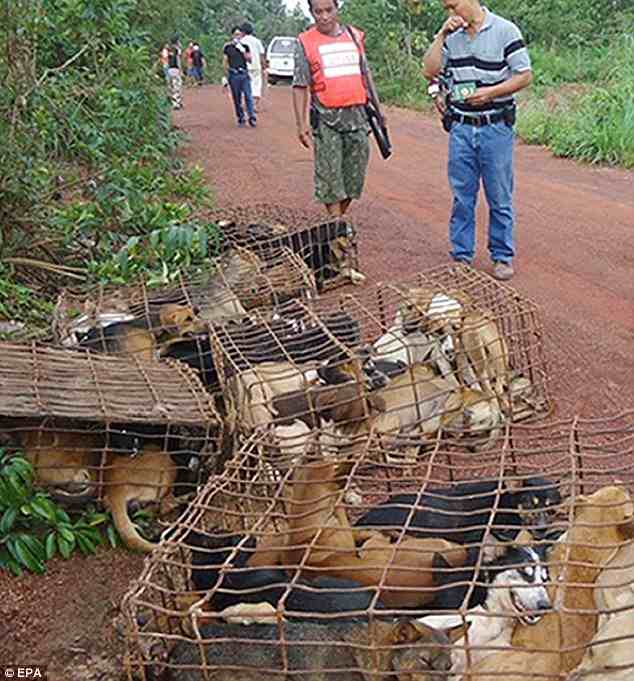 The animals pictured above were part of a haul of 1,011 dogs retrieved by police in Thailand’s north-eastern province of Nakhon Phanom. Police swooped in Nathom and Si Songkhram districts to save the dogs who were on route to the Laos border and eventual transportation to Vietnam where dog meat is a delicacy amongst its people. Sadly, on inspection of the traffickers ‘cargo’ 119 dogs were discovered to be dead, the majority of deaths caused by suffocation in the cramped conditions inside the cages.

Two Thai men and one Vietnamese man were arrested and later charged by police with illegal transportation and trafficking of animals. The men, if found guilty, face a maximum sentence of one-year imprisonment and also a fine of up to 20,000 baht ($660).

The Mail Online News reported that stray dogs and pets are bought for as much as 1,000 baht ($33) each from their owner’s in Thailand’s rural areas. I find that very hard to believe due to my own experience of seeing dog traffickers in operation in Thai villages. 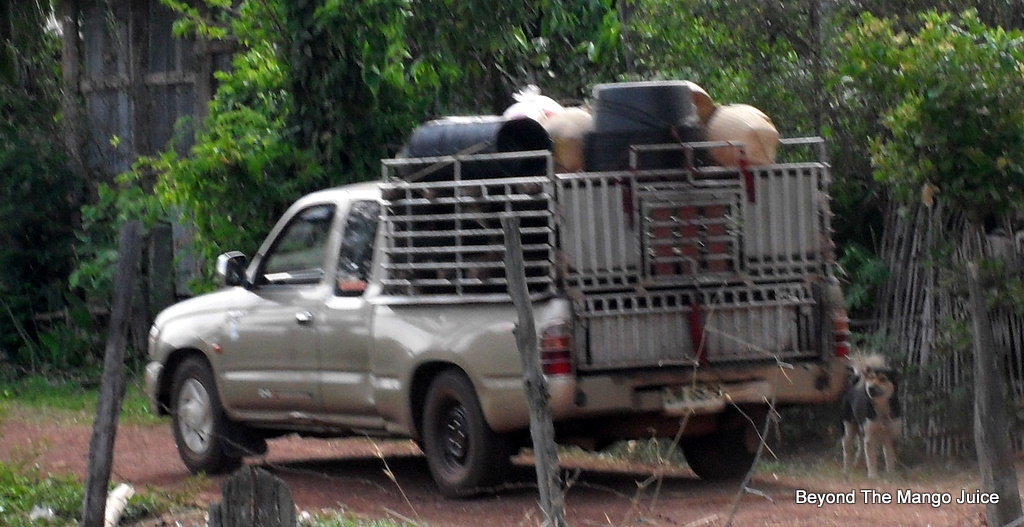 The Bucket truck man (pictured above) is a term used to refer to a caged pick-up truck often seen in Thai villages. Some dog owners accept a plastic bucket or two in exchange for their often neglected and rejected former pets. The bucket truck operatives sometimes sweep through villages in the middle of the night rounding up any dogs they can catch irrespective of the animal’s circumstance and ownership. The dogs are then sold on to the more prominent traffickers and transported across the Laos border and Mekong River into Vietnam. The price quoted on the Mail’s online article does seem rather high for a north-eastern village.

At least on this occasion, the Thai police acted swiftly and saved over 1,000 dogs from certain death.