What Can a Westerner Eat in a Thai Village?

What can a westerner eat in a Thai village is a question which has a very simple answer, whatever the Thais are eating. That’s okay if you have a liking for Thai food which in my experience of Thai village life is basically a meat or fish dish cooked with vegetables or noodles and heavily accented with a mix of herbs and red-hot bird’s eye chillis.

A typical Thai village meal is complimented with sticky rice, fresh vegetables, salad, pastes and sauces which ring the main dish or dishes. Delicious food, but cuisine which is all too often a bit too spicy for many of us and a reason which I’m sure puts off many westerners from planting their roots in a rural village for a week or two. The answer to their issue of what to eat is a simple one, and one which takes only a bit of effort and a relatively small amount of money to correct.

Investing in an electric pop-up toaster and a microwave as well as making use of the standard portable gas ring cooker which most village households have will make your rural stay and diet a lot more comfortable. A trip to one of the big city supermarkets such as Tesco Lotus will enable you to buy a toaster and microwave, and western food supplies too.

What Can a Westerner Eat in a Thai Village? 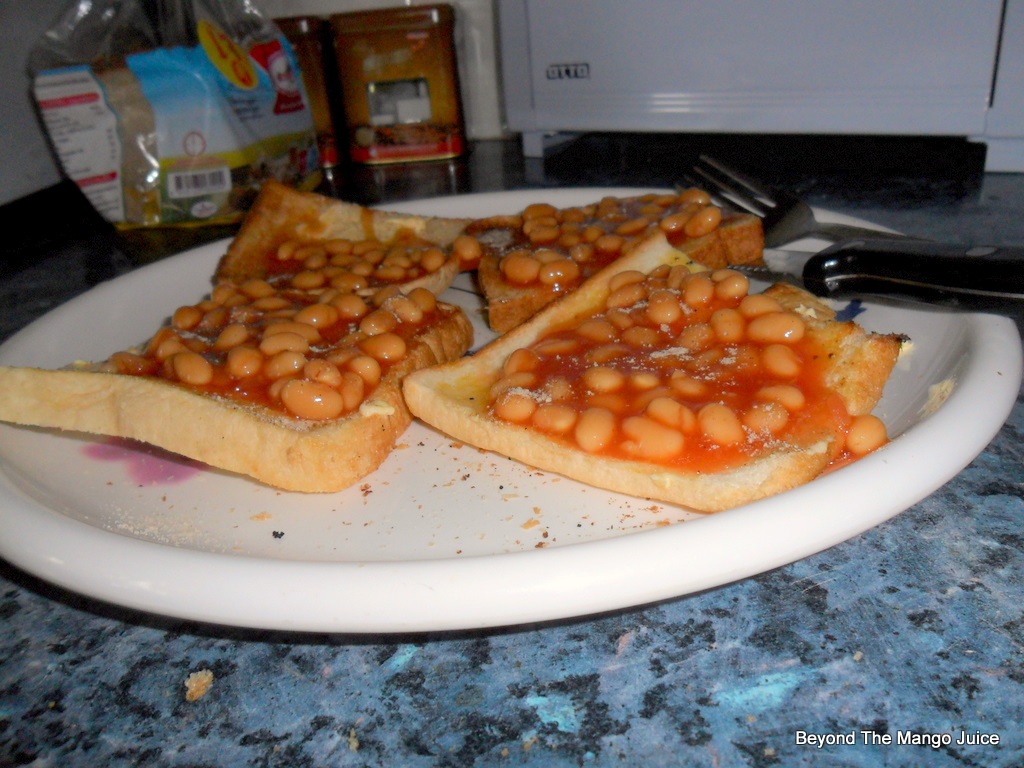 An electric toaster is relatively cheap to buy (250- 400 baht) and is useful any time of the day. Beans, jam or eggs on toast make a quick fix snack and an inexpensive one as well.

A sandwich toaster is another reasonably priced item and very handy for making brunch or a light lunch nibble. Always check the plugs attached to electrical items because some are three-pin and you will need an adapter to plug into Thailand’s two-pin electrical sockets. 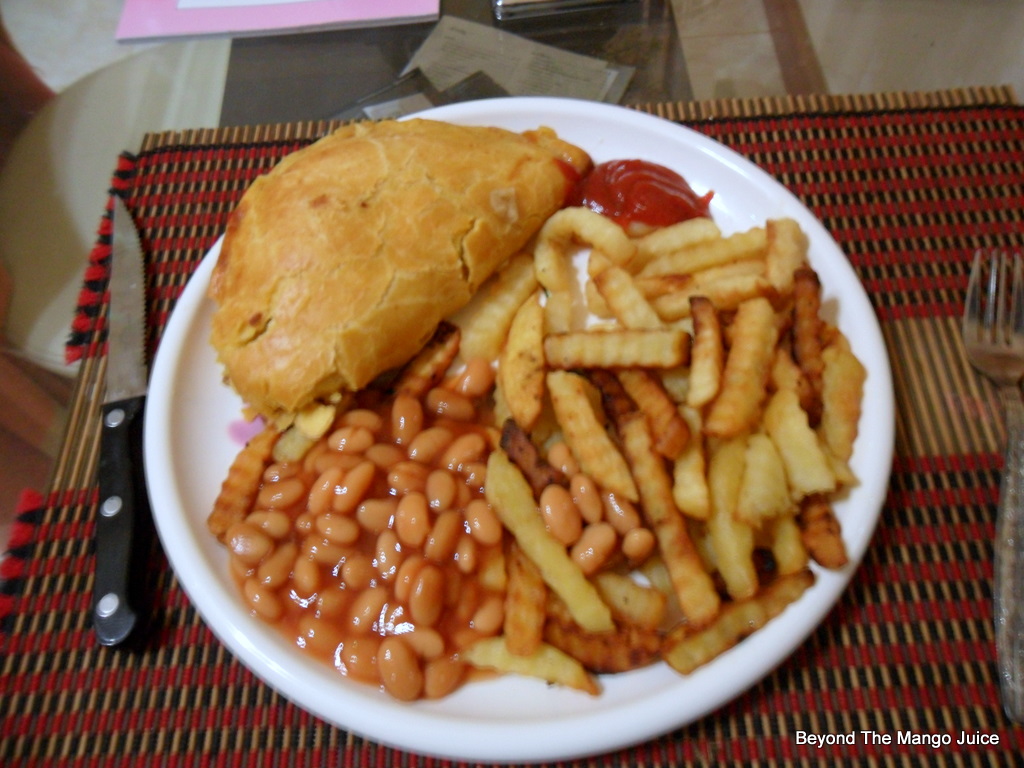 A microwave is perfect for pies, pastries, soups and ready made meals and frying some French fries in a wok or boiling potatoes in a pot opens a big food avenue to you. But do try to eat with your Thai hosts sometimes so as not to cause offence. Not every Thai meal is spicy and laced with red chillis……the occasional dish is not.

Superstores like Tesco Lotus and Big C do stock a wide range of western food but for things like pies, burgers and good quality bacon it’s sometimes wise to check out western bars because many sell such items and they are tailored to western tastes. However on one jaunt to Tesco Lotus I picked up an electric barbecue grill which is perfect for cooking in the garden. 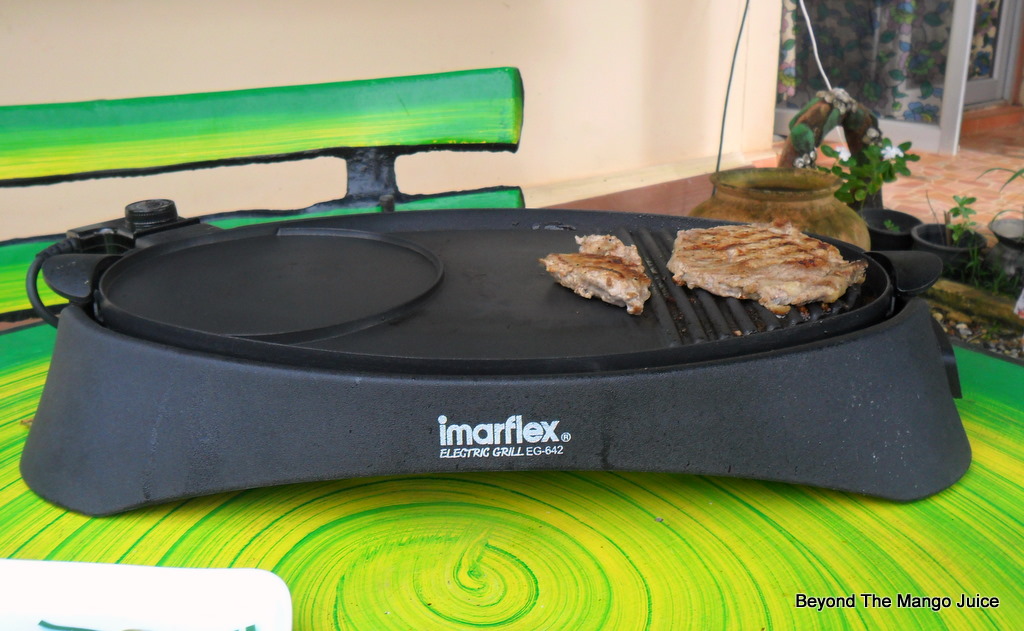 The barbecue grill was reduced from 1,800 baht to a bargain 1,200 ($40 or £24) and is ideal for grilling steaks, sizzling sausages and bacon, and also for making one of my favourite bites…..cheeseburgers. Take a look at these two beauties which would fittingly adorn any men only magazine’s front cover. 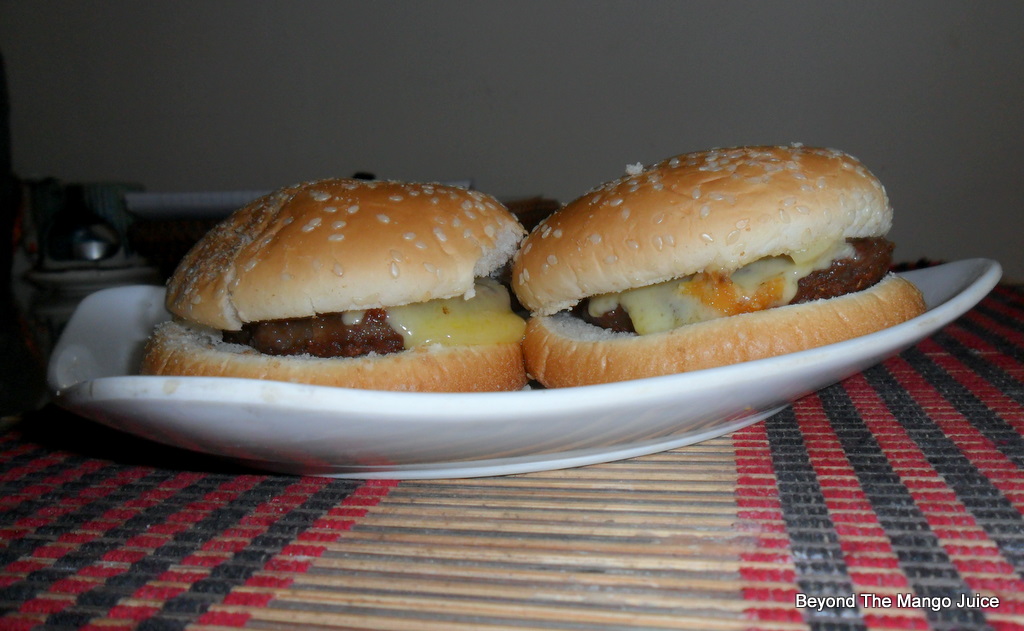 A westerner can eat whatever they want in a Thai village and really shouldn’t be discouraged from enjoying the enchantment and charm that village life holds because of their belief that meal times will be red chillis, rice and runs.

Below are some more photographs which will hopefully convince a few farang that the answer to what can a westerner eat in a Thai village is anything you want. You just need to input a small amount of money, some effort, and trust me you’ll soon pile on the pounds.