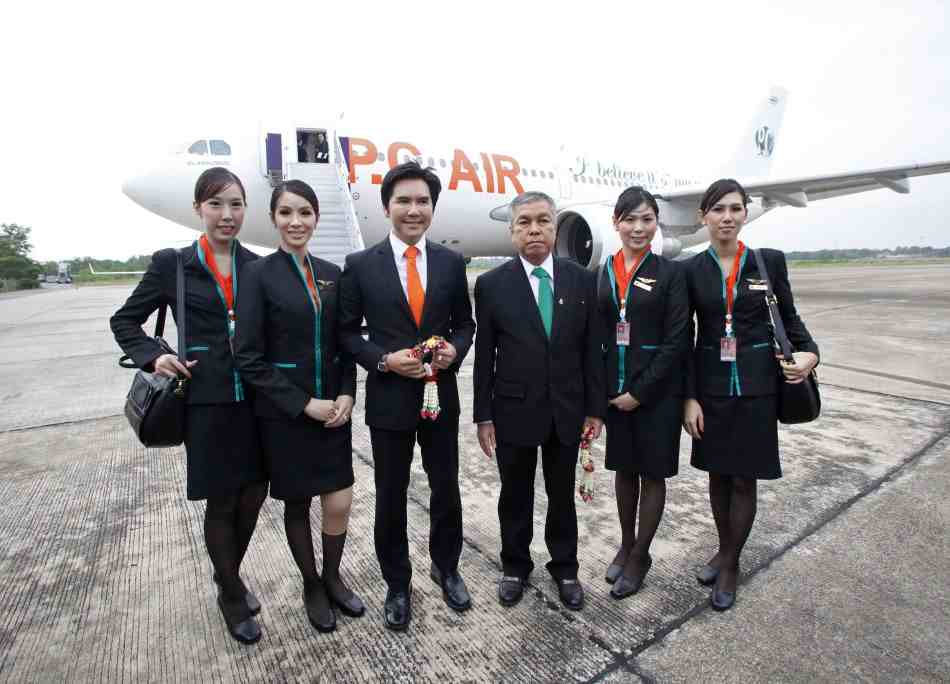 PC Air will be tilting its wings very gently into the aviation air for the first half of 2012 with only regular planned routes to two Chinese cities. However from late June onwards PC Air, solely owned by Thai national Peter Chan, has plans to buy two A300-600 Airbus’ and spread its commercial flight wings to Hong Kong, South Korea and Japan. Chan has no plans to enter Thailand’s domestic flight market and doesn’t expect his company to break even for at least five years.

PC Air’s principle on employing third gender airline cabin staff is believed to be the first of its kind in aviation industry and one which is both innovative and venturesome, yet daring and adventurous in a country with basic, static old-line beliefs. How will middle class Thais react to being welcomed aboard an international flight by an attendant swinging an imaginary handbag and ‘wai-ed’ off by one who to the eyes and ears of Thailand’s professionals and middle management, should only be seen from a distance and at no time heard.

If PC Air’s ladyboy flight attendants and their airline brand slogan I believe it’s “my way” fills you with panic and perplexity about booking a flight reservation with Thailand’s new airline carrier, then the video below of the inaugural jolly might alleviate your fears. Or elevate them. Up to you!

The two minute 15 second video comes with sub-titles and is courtesy of the Bangkok Post.