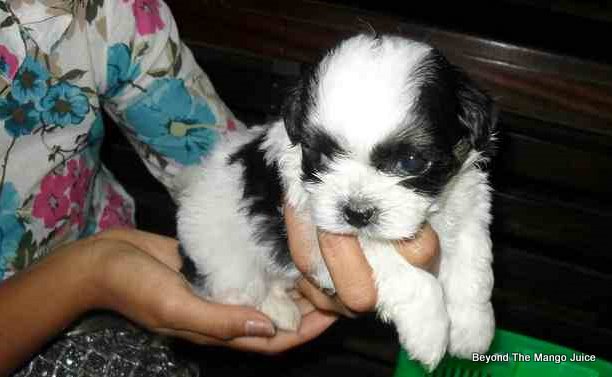 Pepsi is the second youngest of Wonderful Wi’s four dogs and by far the most mischievous of the quartet. Pepsi is also the star of one of my older posts written in May 2010 titled It Started With a Kiss. That post shows with the support of the photographs above and below, how a beautiful young puppy can metamorphose into a disheveled and dirty looking soi dog. 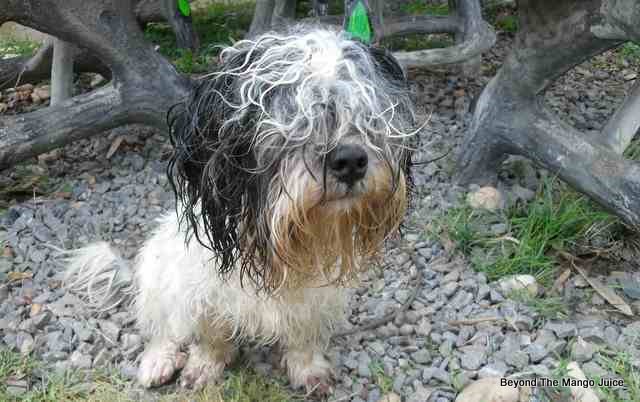 It’s hard to believe but those two photographs really are the same animal.

Those of you who live in a Thai village and own a dog will know just how hard it is to keep your lovable pet clean. The merest glint of daylight between the gate post and gate is the signal for most dogs to raise their tail and hotfoot it away. 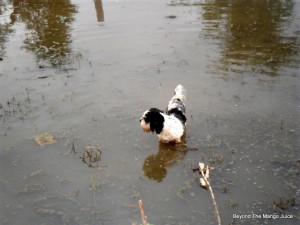 Thailand’s rainy season means mud and water, a combination most dogs love but the dry and hot months also layer them with a thick crust of dust picked up chasing motorbikes and soi dogs along red dirt roads. Selling sand in Abu Dhabi would be an easier chore than keeping a village dog’s fur coat clean.

Pepsi loves splashing about in water and the dirtier he gets the happier he seems, and touchingly, Wilai never tires of showering and shampooing the young ‘Soi Boy’ clean. 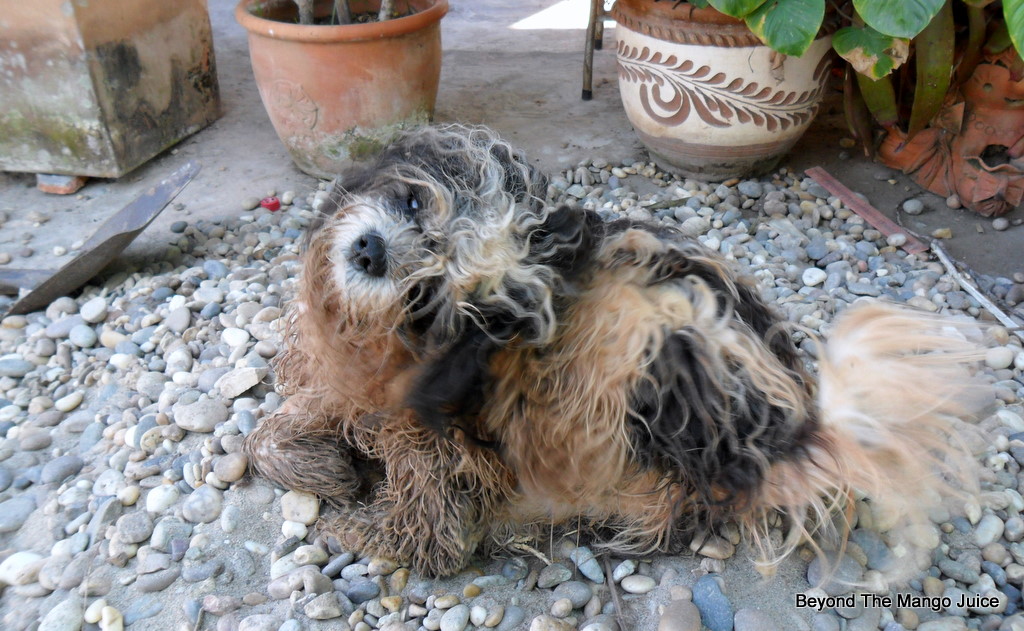 This is about as bad as Pepsi gets. Soiled, dishevelled, and plain dirty, and it’s time for a shampoo and cut. Not that he’s aware of what’s about to happen. 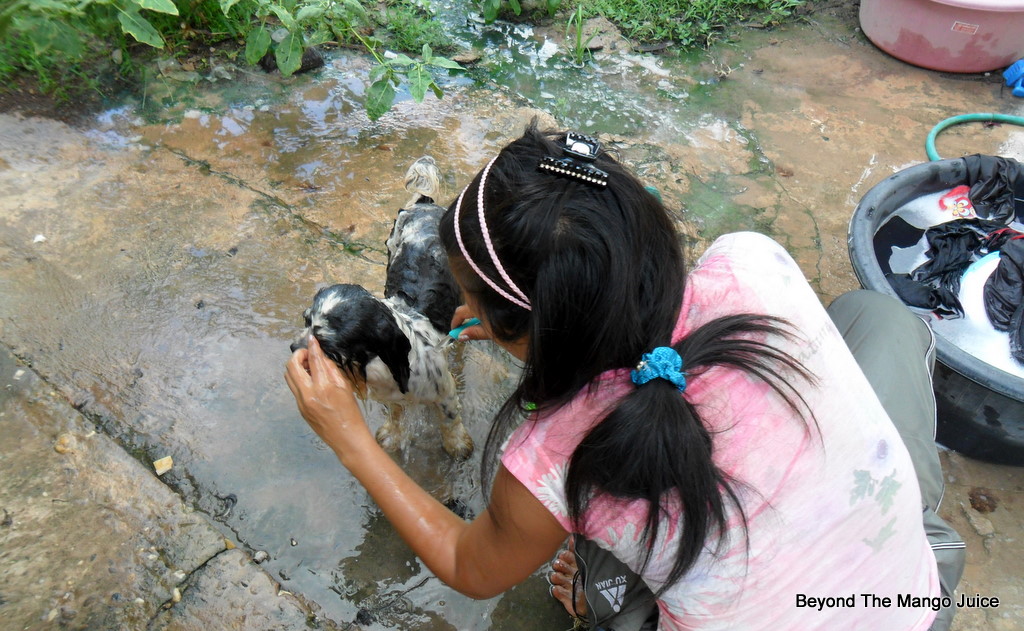 A good shower from the garden hose and a scrub with shampoo gets Pepsi much cleaner and looking a helluva lot smaller too. 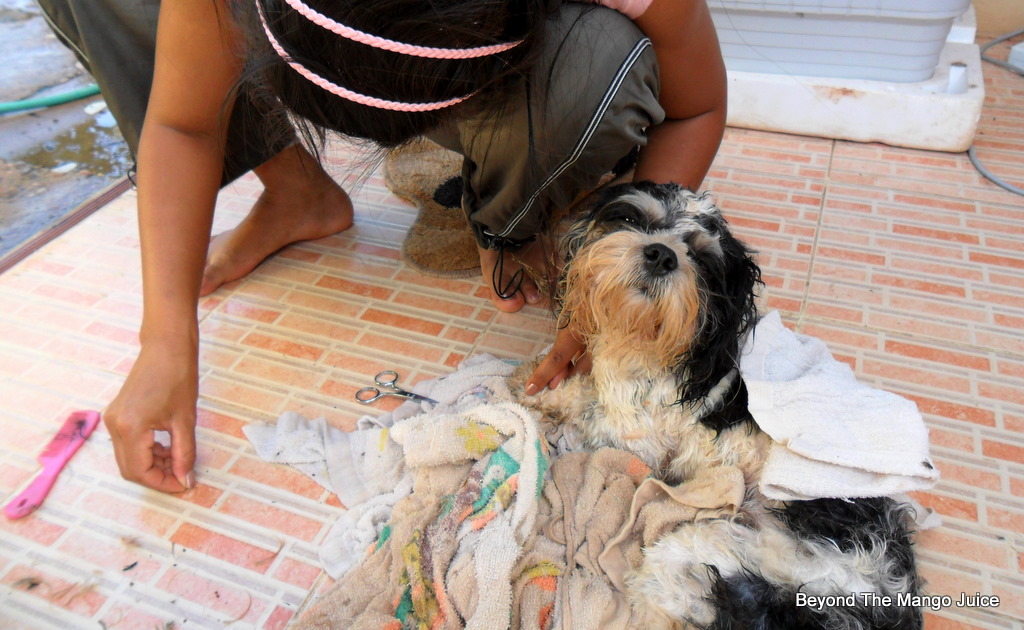 After a good rub-a-dub with a towel Pepsi spots the scissors and knows he’s in big trouble. That’s definitely a look on his face which cries ‘Help’, and I can only answer ‘rather you than me, kid’. 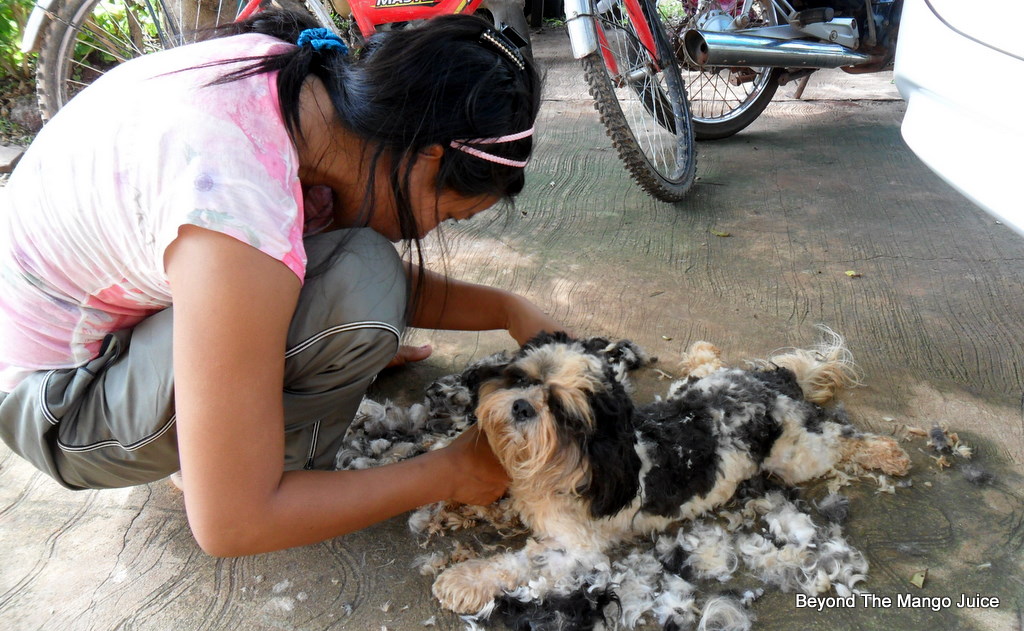 The scissors snap away and the ‘Soi Boy’ slowly disappears and a cleaner-cut Pepsi begins to take shape. With nowhere to run young Pepsi has to grin and bear it. 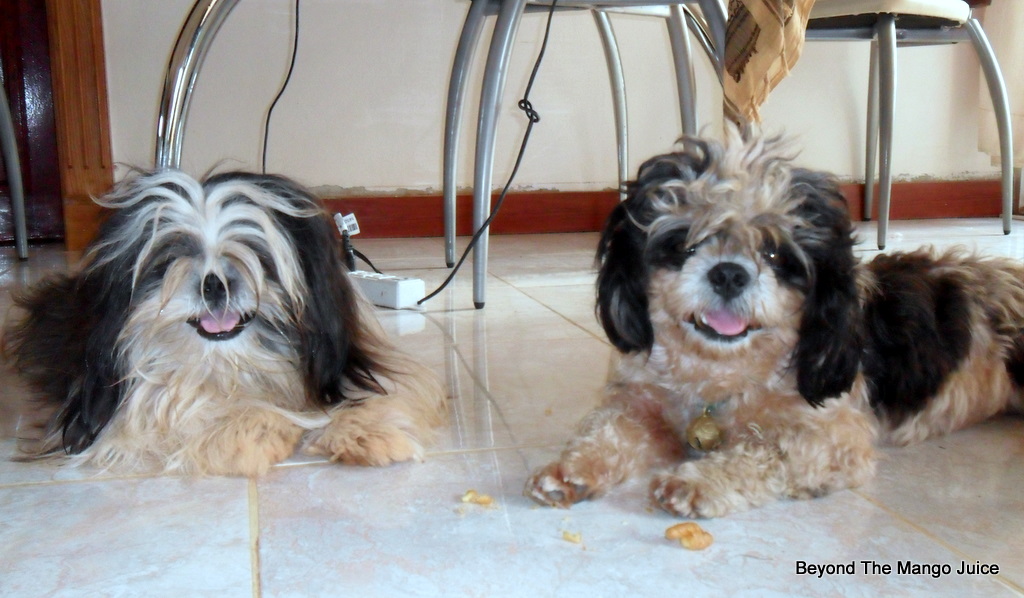 That’s Pepsi on the right looking very spic and span after his shower, shampoo and groom. Next to him is Wilai’s youngest dog, Macki, who rarely strays from the garden and regularly licks any hint of dirt away.

Keeping the ‘Soi Boy’ clean is a never-ending labour of love for Wilai, but when Pepsi’s in apple-pie order she does have the satisfaction of seeing him bear some small resemblance to the young puppy who captured her heart two years ago. Unfortunately that similarity to his puppy days rarely lasts longer than a day.