London to Bangkok and Udon Thani

Today I will once again slip on my traveller’s shoes and shut my front door behind me to set off on the long haul from London to Bangkok and Udon Thani. It’s a route I know well, and one which for the best part I’ll be pinning my faith in the knowledge that Etihad Airways will deliver me, pampered and in one piece, safely to Suvarnabhumi International Airport…. fingers crossed.

My journey will start with a 90 minute afternoon (01:30 pm) coach ride from my hometown in the county of Wiltshire to London Heathrow Terminal 4. I always enjoy the ride because sleeping on a coach comes natural to me, and I have the uncanny knack of being able to wake up just minutes before arriving at Heathrow…. famous last words? 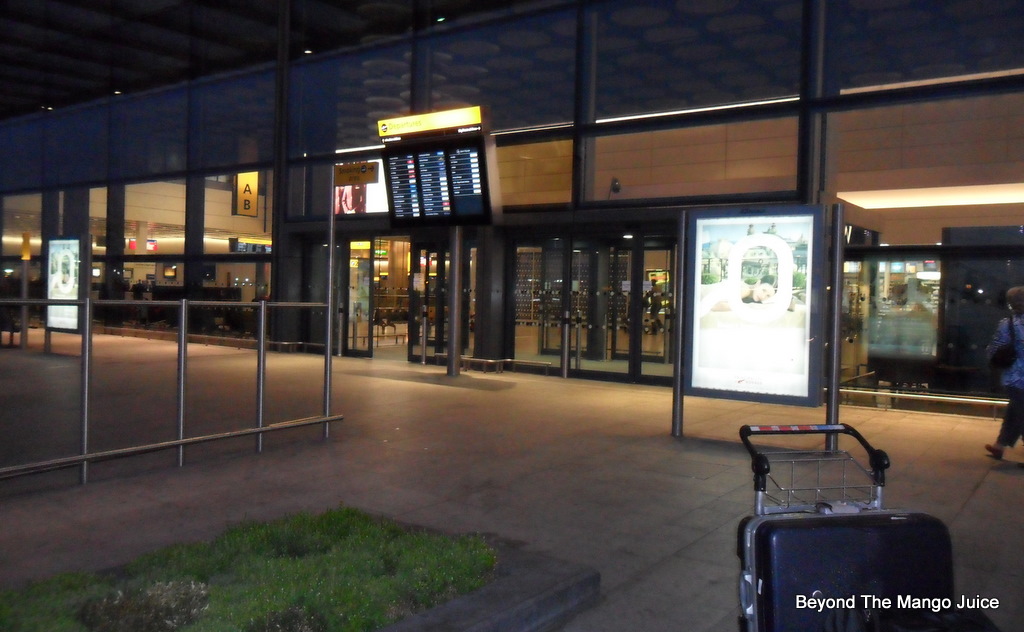 I usually arrive not too long before Etihad’s check-in desks open and after weighing in my luggage, selecting my flight seats (normally right at the back), I will disappear outside to savour the chilled evening air and smoke two or three cigarettes. Why does Heathrow penalize smokers so much. From there it’s a pigeon-paced shuffle through passport control to the rainbow hologrammed world of credit card duty-free shopping. This time I’ll be on the hunt for jasmine scented perfume for Wonderful Wi.

Four hours after leaving my home I’m usually sat in Etihad’s plush guest lounge with a couple of hours to kill before boarding my flight to Abu Dhabi. The flight is scheduled for half past eight in the evening. 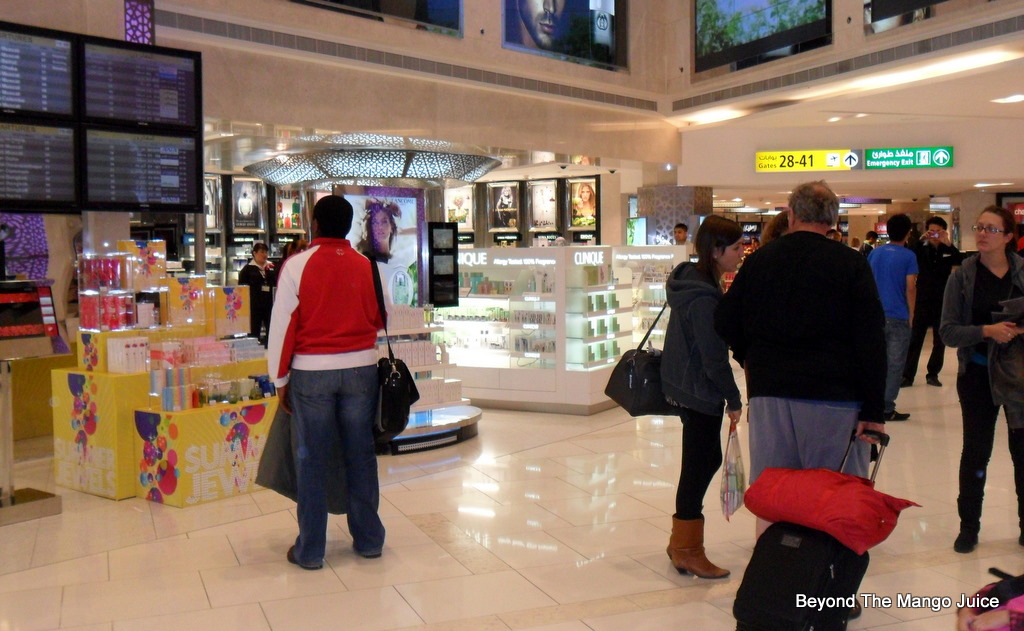 After a six and a half hour flight I’ll arrive in Abu Dhabi with enough spare time to buy duty-free cigarettes and a litre of Jack Daniels before snatching an hour or so in one of Abu Dhabi’s splendid guest lounges. 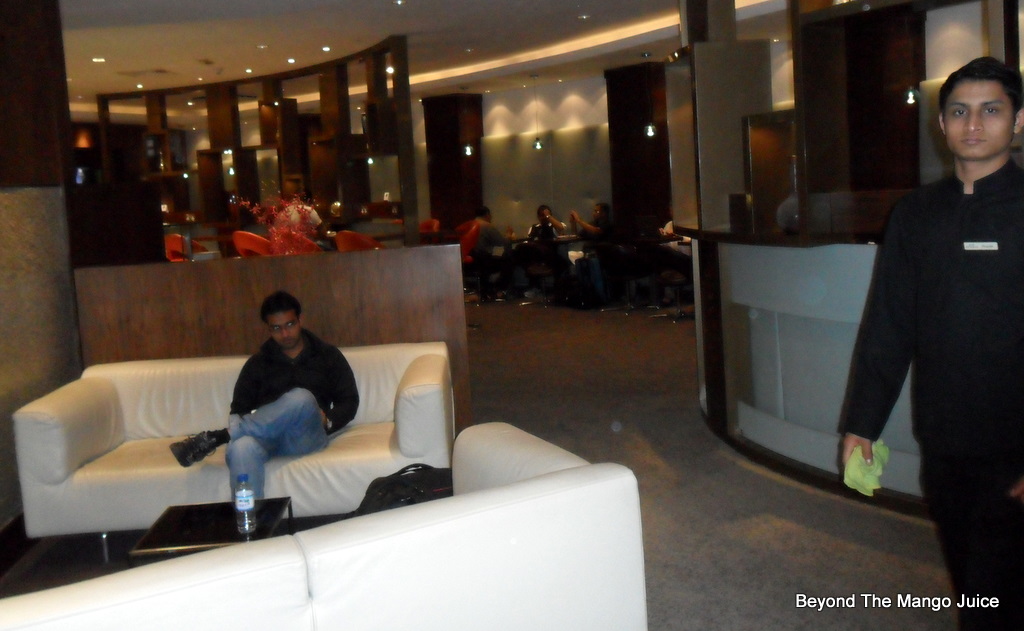 Like London and Suvarnabhumi, food and drink are free in Etihad’s Abu Dhabi guest lounges (there’s smoking rooms too) and their first class service and amenities are a welcome sight and stop-off for a weary saddle-sore traveller. Although on my last trip Etihad had limited my Silver Guest Card membership to usage of one of their three guest lounges at Abu Dhabi. That’s still not too bad a deal considering the quality of their guest suites.

By the time my Etihad flight to Bangkok taxis to take-off my travelling shoes will have shuffled, stretched and wept for just short of 16 hours since clicking my front door shut. That’s the cue for sleep. 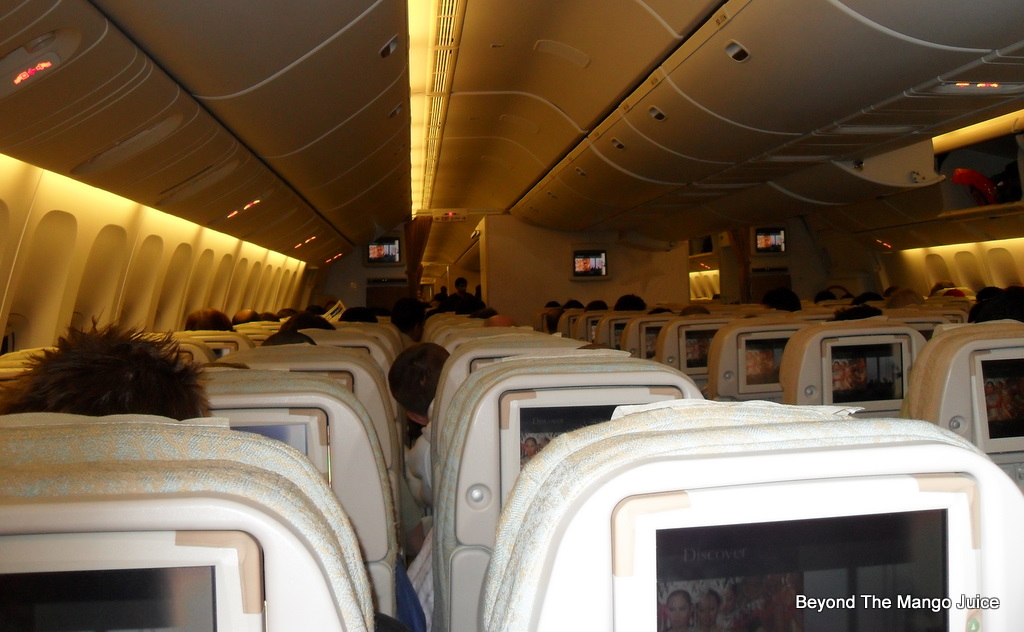 Did I really sleep that long, I wish. On the six-hour flight to Bangkok I may, if I’m lucky, sleep for three hours. I’m a terrible sleeper at the best of times but the adrenalin rush which comes with the buzz of touching down in Thailand can remodel the looks of the most wearied of Rip Van Winkle holidaymakers to those of a wild child teenager wielding a can of spray paint. It’s a wonderful feeling landing at Suvarnabhumi International Airport. It will be six in the evening and I’ll have been travelling for more than 21 hours. 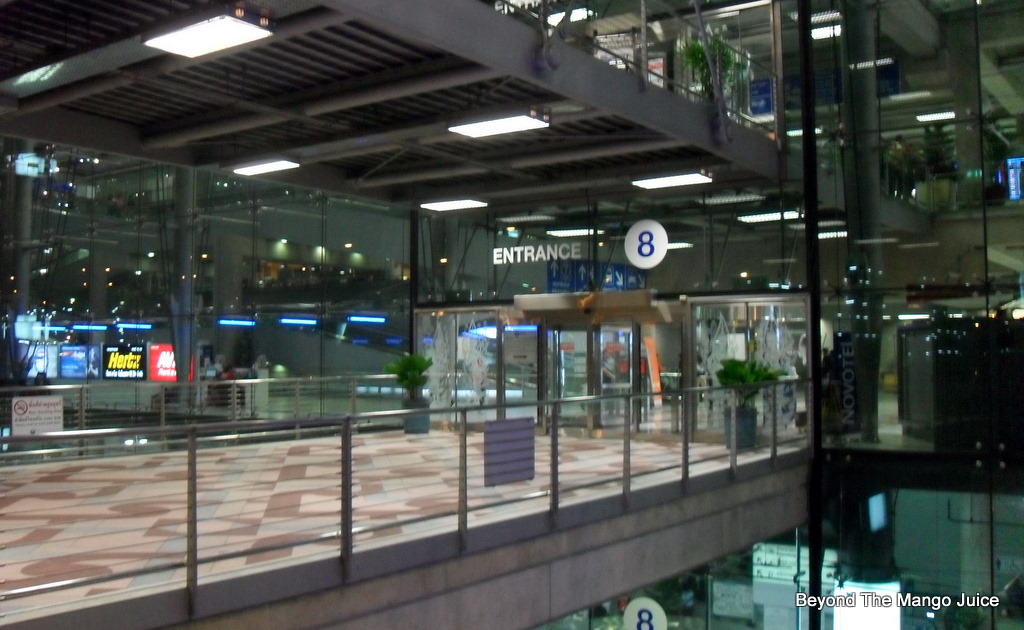 Getting from the inside of Suvarnabhumi airport to the outside can be a long process. Immigration often has long queues and the pigeon-paced shuffle of Heathrow transforms into a tortoise-shell crawl at Suvarnabhumi. After finally completing immigration, I’ll pick up my suitcase from the ‘carousel of fun’, then hopefully waltz through ‘nothing to declare’ without any inconvenience. I’ll then cash travellers cheques in arrivals and at long last feel I’m back ‘home’. Well almost. They’ll still be the small matter of negotiating the 560 kilometres that separate Bangkok and Udon Thani. 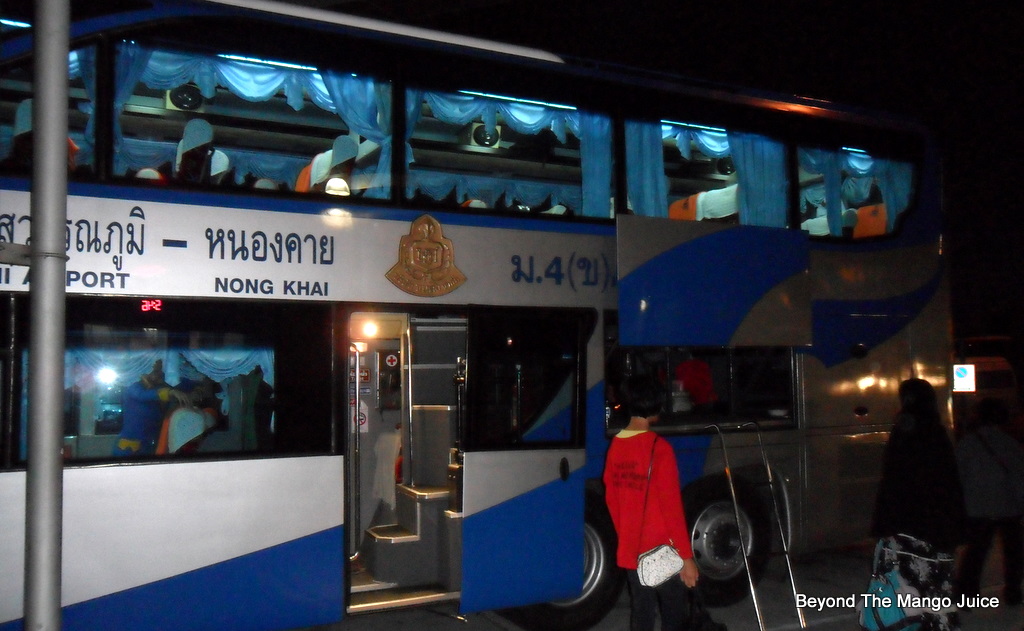 My preference when flying with Etihad Airways is to book a morning flight from London which arrives early morning next day at Suvarnabhumi. That allows me to get a connecting flight to Udon Thani, but landing in the evening takes away that option.

Suvarnabumi International Airport’s bus terminal operates a coach service to Nong Khai, leaving at 21:00 hours, and its route travels via Korat, Khon Kaen and Udon Thani. The fare to Udon Thani is around 500 baht and the seven and a half hour journey gives me plenty of time to catch up on lost sleep. A comfortable seat on a coach guarantees shut-eye for me. The coach pulls into Udon Thani bus station at about half four in the morning. 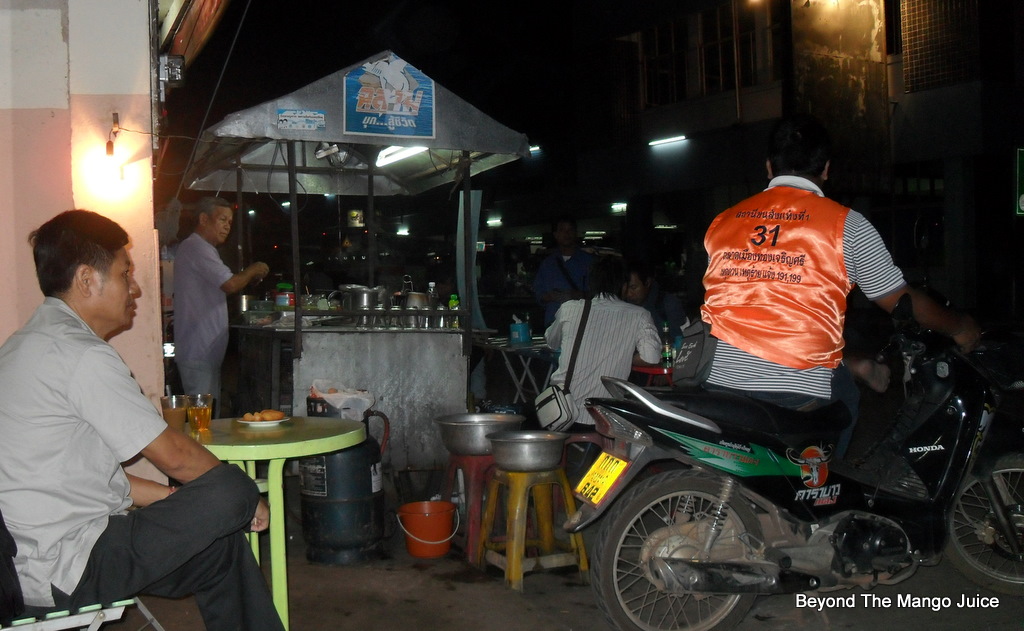 I’ll grab a coffee, smoke a few cigarettes and then take a samlor (tuk tuk) ride to the apartment block Wilai has booked. And then comes the sheer relief of taking off my traveller’s shoes.

Total travel time…. just over 32 hours, but to me the trip is worth each and every second of my time.