Making Passes at Snakes With Glasses

I’m not sure if I’ve been lucky or unlucky with the weather since my arrival in Udon Thani last weekend. It’s been hot, hot, hot. The Bangkok Post has put the temperature at around 34 degrees Celsius each day but you can add a good four to five degrees to that figure at the sun’s peak of the day and when stepping out of the shade. Unlucky?…I much prefer the thermometer just above the thirty mark. 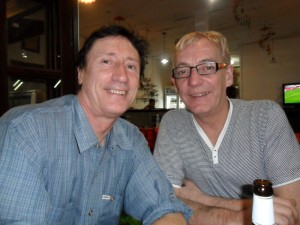 Myself and Wonderful Wi enjoyed one night in Udon Thani city before hitching up our wagon and heading out to our country home and I was fortunate to spend two hours of the evening with a famous Thai blogger. Pete Garwood, the man behind Frogblog Thaidings was in town and I enjoyed a couple of hours in his captivating company. I’ve wanted to meet Pete for a long time and it was great to finally talk face to jet lagged and intoxicated face (yours truly) with a legend from the Thailand blog circle. Legless meets Legend. Cheers Pete.

I’d like to recount one of those Thai-English conversations which many readers will have encountered during their relationship with Thailand and its colourful people. The hybrid language spoken in part English between Thais and farang is often called Tinglish, and Wonderful Wi and myself had one such conversation when travelling to our village home last weekend. Wilai was at the wheel of our rented car and I was as always watching the world whizz by.

Red Roses for Boys and a Flowery Monk 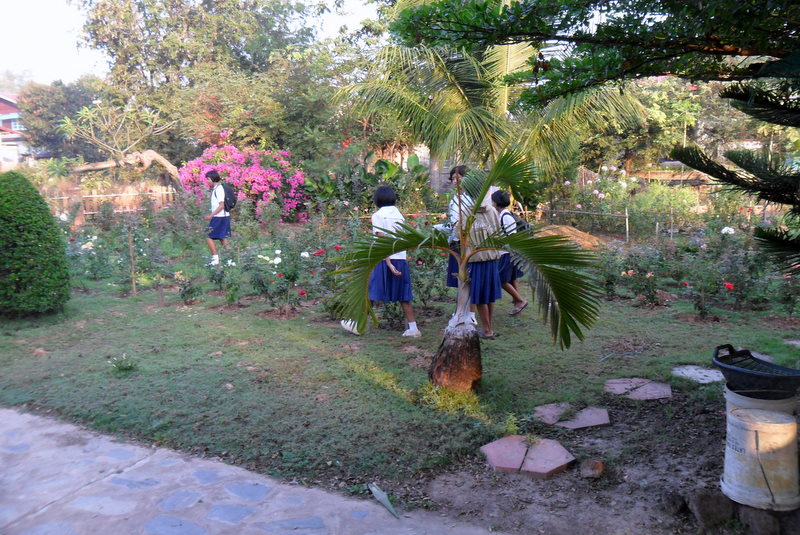 I always thought boys bought roses for girls. Apparently not so in this neck of Isaan and that role reversal is helping to make Wi’s fledgling flower business grow a little bit more.

Each of the school mornings thus far a gaggle of giggling schoolgirls have come to our house to buy roses for their sweethearts. What’s that all about. Come on boys, flower power is a very potent aphrodisiac. 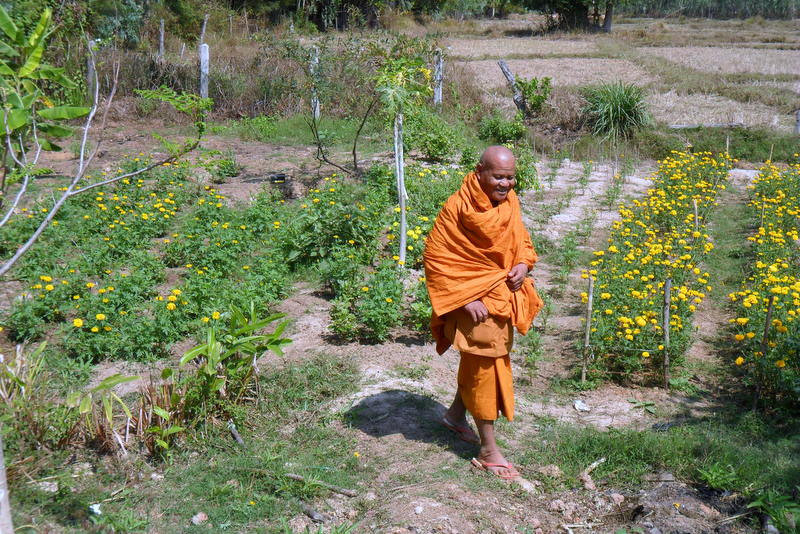 Word of Wilai’s blossoming flower business has now spread to the next village and one of the monk’s from there dropped by to order marigold’s and roses for the village temple. I was left to entertain him with a bottle of Sprite and a few cigarettes whilst Wilai cut 300 flowers. 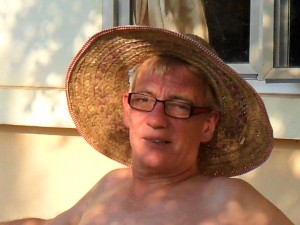 Prior to arriving in Thailand I had finally accepted the need to where eye glasses all  the time. It was a hard decision for me to make but I acquired an expensive pair of varifocal lenses. And boy are they good. Too good.

In the six years or so I’ve visited our village home I’ve only ever seen two snakes in our garden. That’s been due to my vision struggling to see a haystack on top of a needle. Now I can see a pin at ten paces and I’ve clocked two snakes in our garden over the past couple of days. They were both about one metre long and triggered reflex bowel movement. I’m not sure wearing glasses in a Thai village is a good idea at all.

Never make passes at snakes with glasses. They look too damn big and scary.