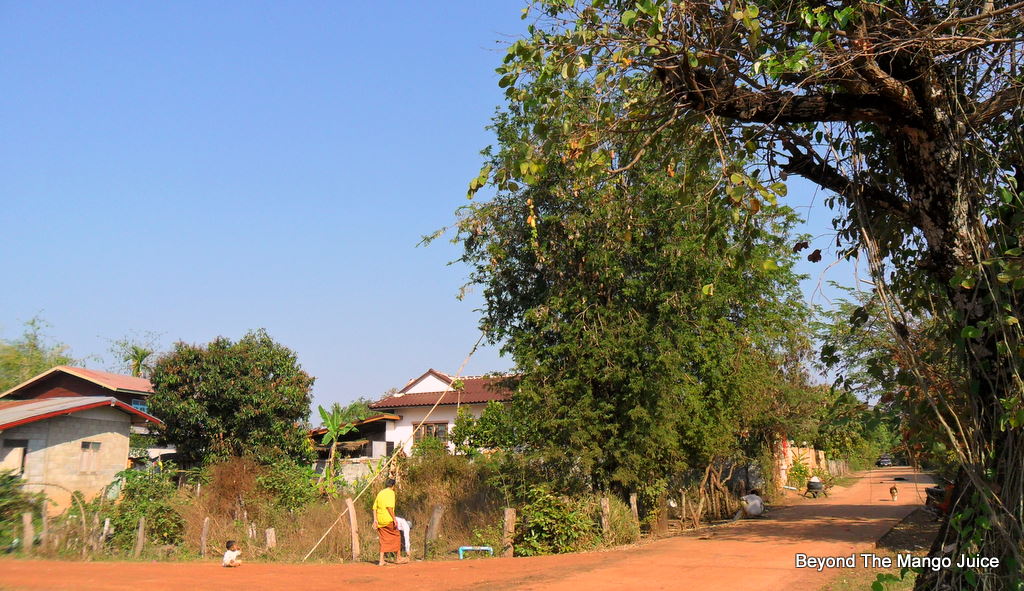 A rustle in a tree near to our garden gate alerted me to something unusual going on. My new eyeglasses zoomed in to show a woman high up in the tree and activity at ground level. 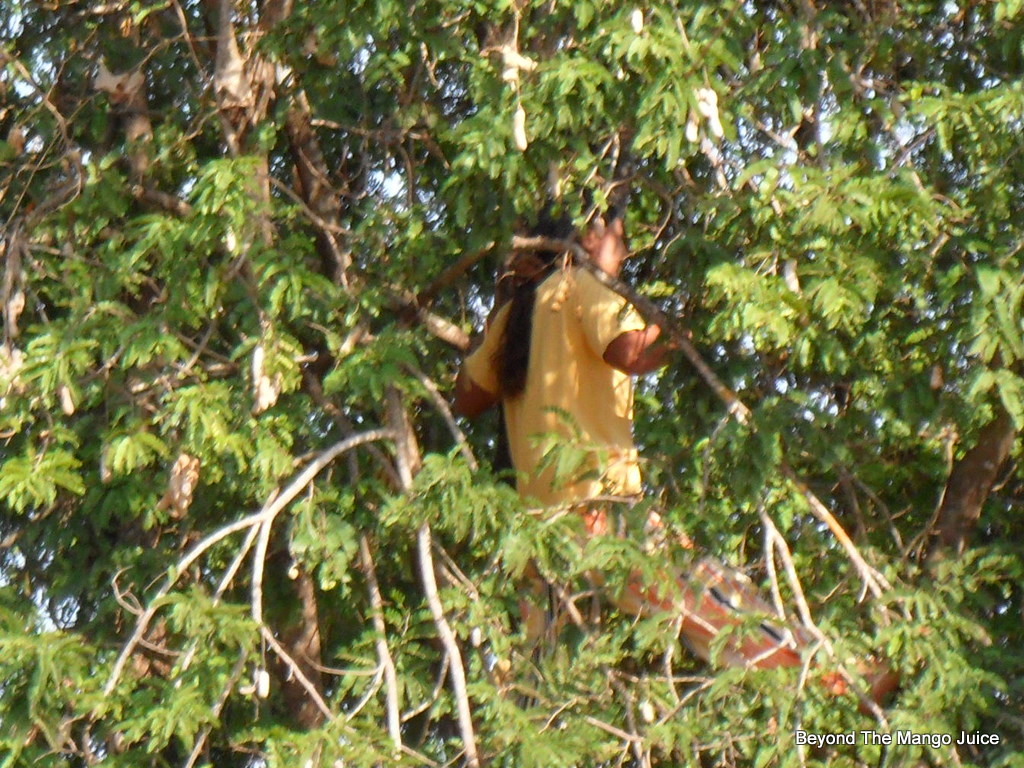 Four women were collecting fruit from the tree. What the fruit was I didn’t know, hell, I’ve only been visiting the village for eight years. You can’t know everything. Even if it is, and has been, outside your front gate for many years.

I decided to find out what fruit they were collecting because it had to be a precious one to risk life and limb. Then again, this kind of treacherous act is part and parcel of Thai village life and the age-old idiom of making ends meet. The women were harvesting tamarind fruit (Thai: มะขาม  mak-haam).

A young woman was two-thirds up the tree shaking tamarind pods from the branches, and one of the three women below was doing similar with a long bamboo pole. The two other tamarind harvesters were collecting the pods. 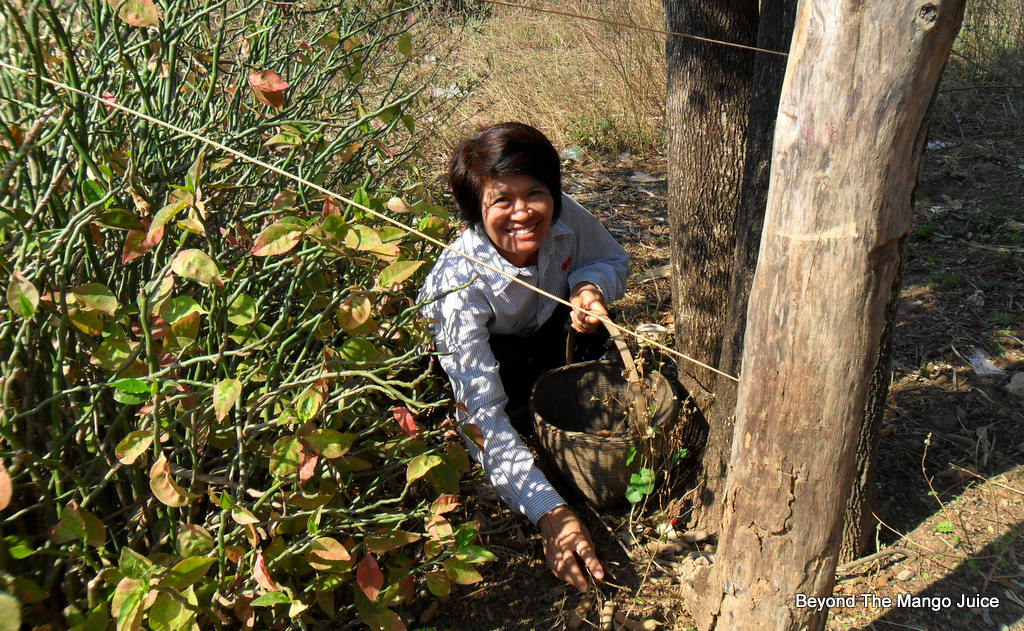 The four women gathered a massive haul of tamarind fruit and a few days later I spotted them a few hundred yards down the road stripping another tamarind tree of its pods. 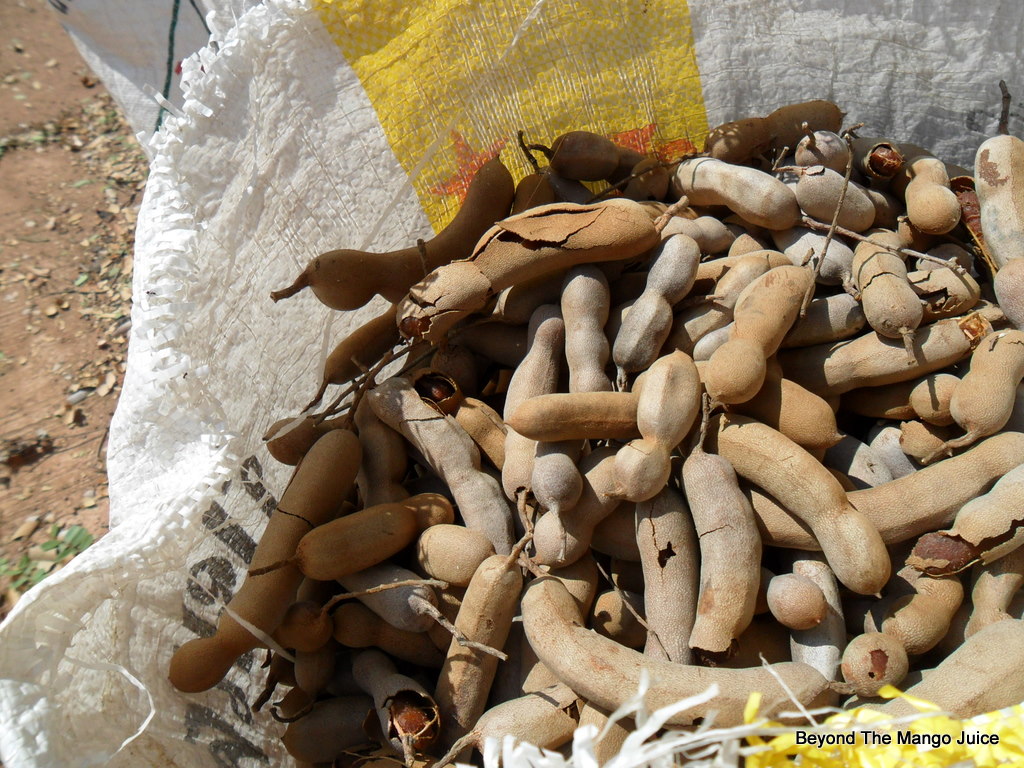 The edible fruit is sold at most Thai markets. The outside shell of the tamarind pod is hard and brittle and when cracked open reddish-yellow pulp like fruit sits inside very much like peas in a pod. 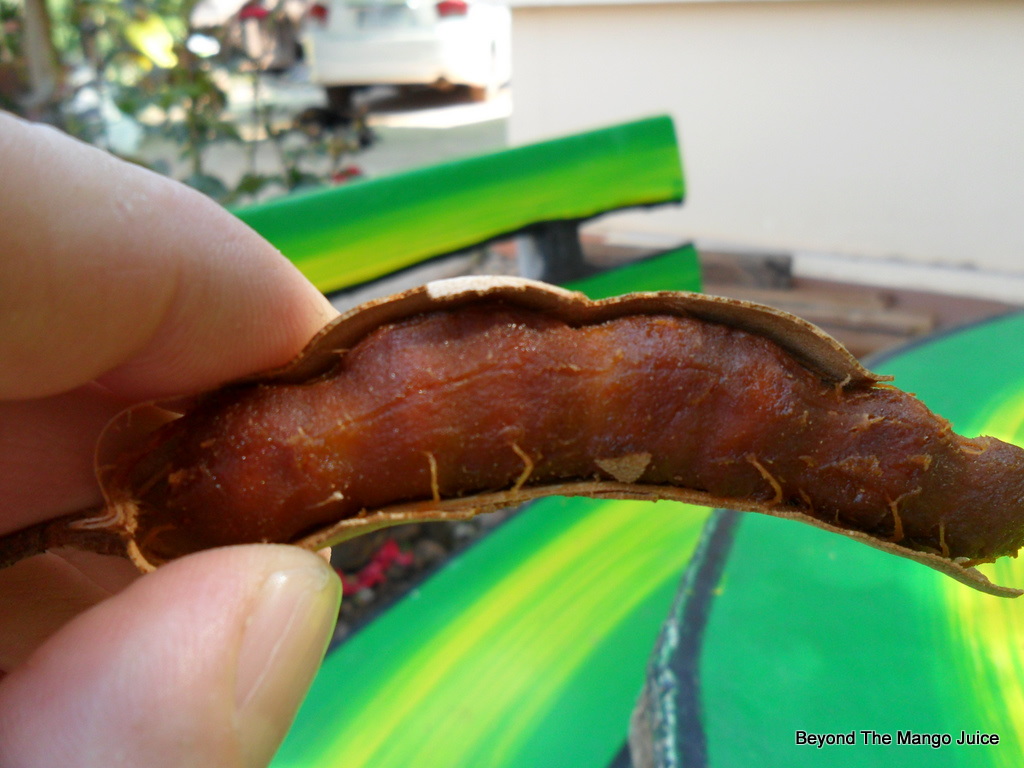 The fruit is often described as having a sweet and sour taste. The more ripe the fruit, the sweeter it is. The one I tasted was sweet and flavoursome. Some pods are stripped and the sticky textured fruit inside used to sweeten and sour Thai soups, sauces and salads. From a western stance, both HP and Worcestershire sauce have tamarind in their mix.

Each of the tamarind pods contains many seeds which the gooey fruit gels itself around. The pod in the above picture has about seven seeds. I read on the internet that the seeds were inedible, but that’s not so. They are a popular snack for Thais. 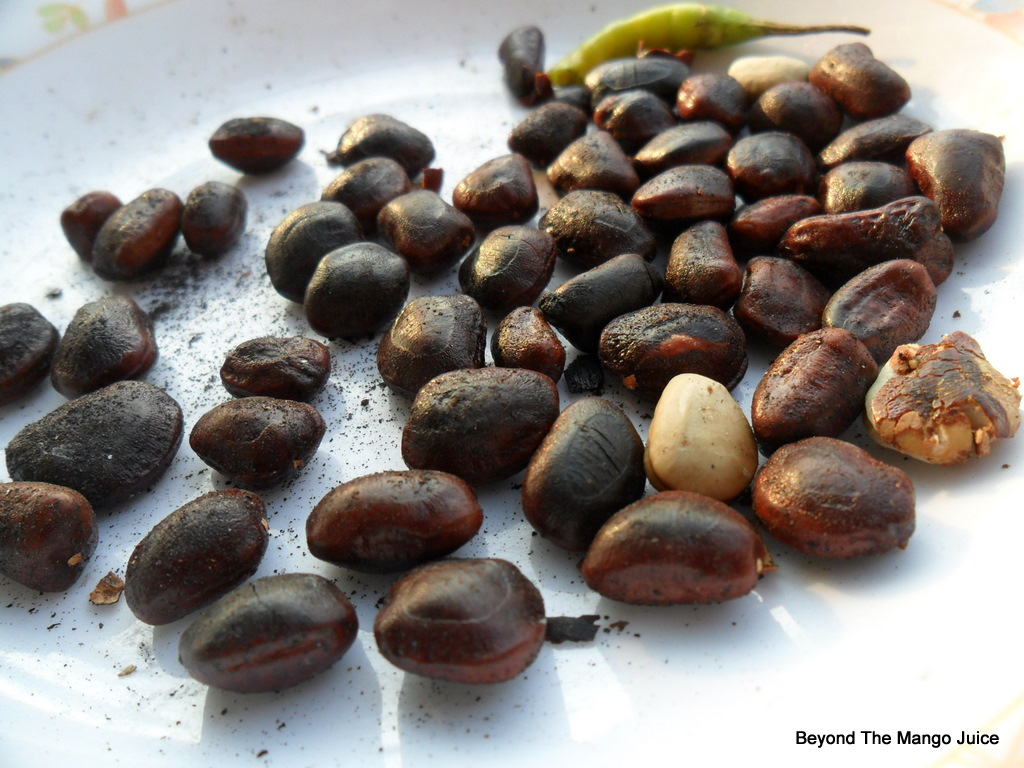 They are lightly cooked by heating and continually tossing them in a wok for about five minutes, and when ready, the seeds smell very much like roasted chestnuts although their taste and texture are a lengthy bamboo pole apart.

Once roasted, tamarind seeds are rock hard and a danger to the enamel on your teeth. Their taste to me was very bland too. You crack open the outer shell of the seed with your teeth and inside is a warm but granite-like kernel. To hear somebody eating one is like listening to someone grinding their teeth in front of a high volume microphone. The seeds are a fruity type of pork crackling and an open cheque book to any dental practice. Nonetheless, tamarind fruit is a valuable source of income for Thai villagers and another excellent example of Thailand at work.