Tinglish can best be described as an annihilation of the English language. Tinglish language is the ability or inadequacy, it depends on how you view it, to converse in English without the use of proper sentence construction. Its roots are the sole rights of Thai and western joint conversation.

Imagine you were in a rural Thai restaurant and you needed to visit the toilet. Let’s assume your Thai language skills are practically zero and the Thai waitress you’re about to ask the toilet’s whereabouts can only speak a few words of English. If you asked ‘Excuse me young lady could you kindly direct me to the washroom’, the waitress would probably freeze rigid and drop everything she might be carrying. That could be embarrassing and very messy. The answer to the predicament could very well be Tinglish. A 180-degree swing of your outstretched hands coupled with the words ‘ Where toilet stay restaurant?’ would probably bring success. That’s Tinglish.

Sticky Wiki lists lots of examples of Tinglish language conversation and I’ve grabbed some from under her skirt and listed them below.

I’d like to add a further idiosyncrasy of Tinglish which is the use of commonly known Thai words mixed in with English. It’s an extension of Sticky Wiki’s, ‘addition of Thai final particles’, and is a Tinglish quirk Wonderful Wi and I use quite often as you’ll see in the recent Tinglish telephone conversation I had with the rural Isaan lass.

It was about a quarter past one in the afternoon in the UK and I decided to make a quick telephone call to Wilai at our village home in Udon Thani where the time was seven hours forward. After five minutes of Tinglish chit chat the conversation disintegrated into absolute farce. 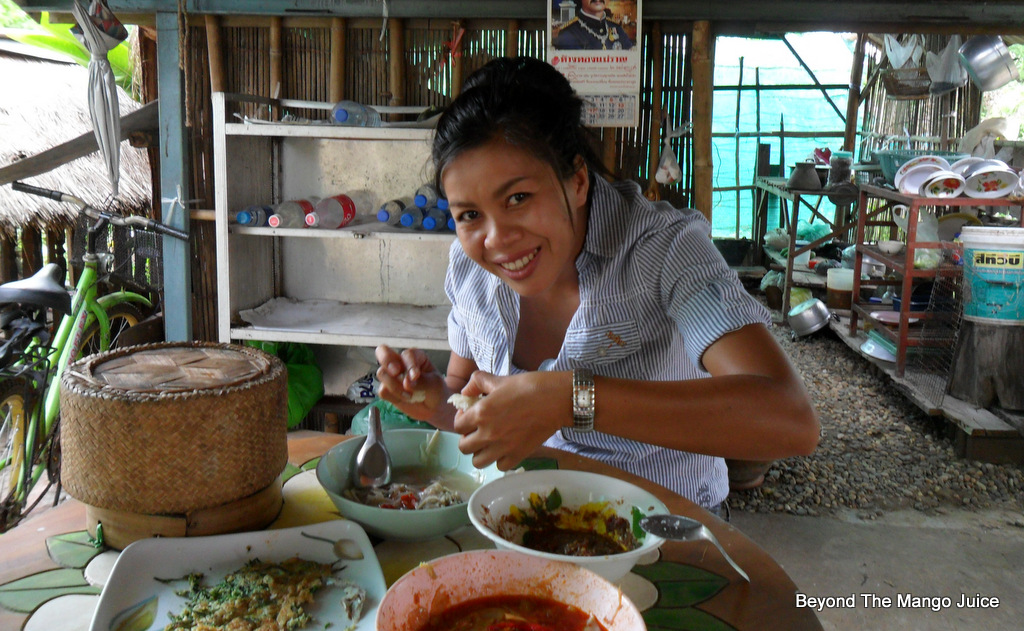 After a short while she returns to the phone.

Have you had any interesting Tinglish conversation lately?