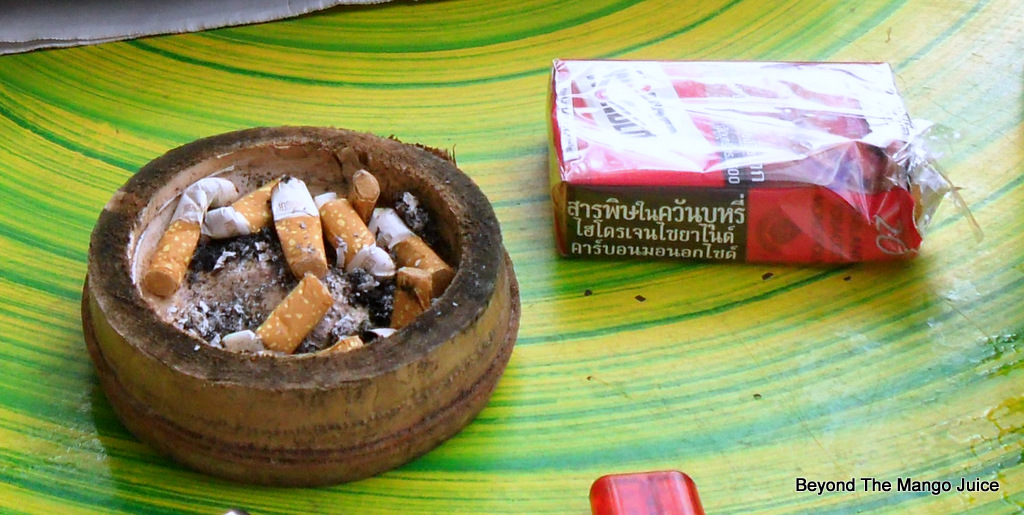 Thailand was one of the world’s forerunners in the fight to ban smoking from public places when smoke-free lobbyists won the day, and strict anti-smoking legislation introduced to the Kingdom in November 2002. Here in the United Kingdom similar legislation was introduced some five years later in 2007 (Scotland in 2006) and that big gap between the inception of Thailand and the UK’s anti-tobacco laws shows how forward-thinking and health-conscious Thailand was in their fight against one of the world’s biggest killers, tobacco. So what exactly are Thailand’s anti-smoking laws?

Indoor smoking restrictions have been in effect in all indoor air-conditioned establishments throughout Thailand since November 2002, with entertainment areas exempted. Cigarettes have had graphic pictures since 2005, and advertising is banned. Enforcement and compliance have been strong.

On 10 January 2008, Thailand announced further restrictions that came into force on 10 February 2008, in that smoking would be banned (indoors and outdoors) in establishments open to the public, including restaurants, bars, and open-air markets. Members of the public face a 2,000 baht fine for not complying and establishments face a 20,000 baht fine for not enforcing the ban (including not displaying mandated ‘no smoking’ signs). In addition to fines, those who fail to comply may be arrested. Most legal bars comply with these regulations, but in establishments that operate illegally or semi-legally, they are mostly disregarded.

Other key points from Thailand’s anti-tobacco laws which may be of interest to visitors to the Kingdom are;

Thailand is a world leader in the art of producing funny television commercials, but the anti-smoking video shown below emphasizes the growing importance the country is placing on health matters and especially their efforts to hard tackle smoking in Thailand. The video, produced by Ogilvy & Mather-Bangkok, was released earlier this year and cleverly used the pretence of children out on the streets asking grown-ups for a light for their cigarettes to get its anti-smoking message across. The anti-tobacco campaign video has a memorable twist to it and is an absolute ‘must-watch’ for anyone serious about quitting tobacco.

The law on electronic cigarettes in Thailand is not completely clear. This snippet from the Bangkok Post’s article about Electronic Cigarette Laws helps some.

‘…the cabinet last month approved a draft announcement by the Ministry of Commerce banning the import of electronic cigarettes and baraku (shisha), defining them as prohibited items. The devices are banned with immediate effect and those who break the law are subject to a maximum of 10-years imprisonment or a fine equivalent to five times the price of imported or exported goods seized by the authority.’

What is unclear, very grey, is whether an individual bringing their electronic cigarette and juice into Thailand can use it. Many people do and have no problems. However, I’m unsure whether they are breaking the law.