Why Does a Thai Woman Cut Off Her Husband’s Penis

Regular visitors to Thailand will have heard horror stories of Thai women cutting off their husband’s penises and wondered if it’s really true. Thailand expats will have heard of these ‘marital mutilations’ and know the stories are unquestionably ‘bona’ fide. So why does a Thai woman cut off her husband’s penis?…. the reason is one of the world’s most practised pursuits…. extramarital relations…. adultery. 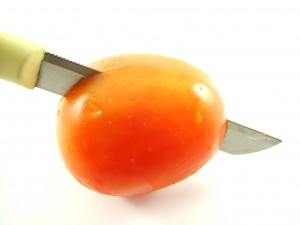 Stories about Thai women performing penile amputations whilst their husband’s sleep are not common occurrences in Thailand but Thai wives and penis slashings do make headlines occasionally, some are ‘big’ news, and some small. The story of a 40-year-old Pattaya woman made big news back in December 2010, only on this occasion the chop was administered by ‘chops’ when the woman bit off more than she could chew. The Thai lady bit off her estranged husband’s penis and then stabbed him to death. Photo right by  Sudheendra Kadri | Dreamstime.com 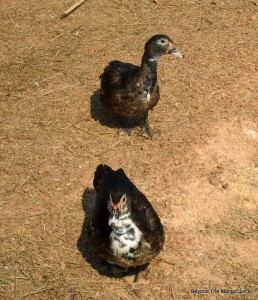 There’s a Thai saying, ‘I better get home or the ducks will have something to eat’ which explains why Thai wives sometimes take a knife to the bedroom, and is also a reminder to every expat and tourist Tom that they’re better off home alone with Dick and not getting too pally with Mali the barmaid.

Nowadays more and more Thai houses are brick-built but back in the 1970’s when penile amputation was all the ‘rage’, wooden houses on stilts were much more commonly seen. And beneath the main living quarters chickens, ducks and pigs were sometimes kept.

A Thai wife, upon discovering her husband had a mia noi (secondary wife) and the affair had become public news would sometimes resort to chopping off her husband’s penis while he slept, and then throw it out the top window to the livestock waiting below. Often the ‘cock-a-hoop’ ducks would get there first and fight over the prized Cumberland or more common cocktail sausage. To the humiliated Thai wife revenge and respect has been regained with no hope of penis-reattachment surgery for their mutilated husband. The saying ‘I better get home or the ducks will have something to eat’ is often used  by Thai men as a jokey aside meaning the person had better get home sooner than later or else their wife might think they’re with another woman.

An article published in the Journal of Urology in 2008 titled ‘The Epidemic of Penile Amputation in Thailand in the 1970s’, included this extract from Drs Genoa Ferguson and Steven Brandes of Washington University in St Louis;

“Women publicly encouraging and inciting other scorned women to commit this act worsened the epidemic. The vast majority of worldwide reports of penile replantation, to this day, are a result of what became a trendy form of retribution in a country in which fidelity is a strongly appreciated value.”

If you’re planning to marry your Thai girl and live in Thailand I will best suggest you keep rubber ducks, plastic pigs and rip the coq au vin page out of your wife’s poultry recipe book. Either that, or keep your own meat in its cupboard.