A Champagne Welcome For a Plumber in Etihad Business Class 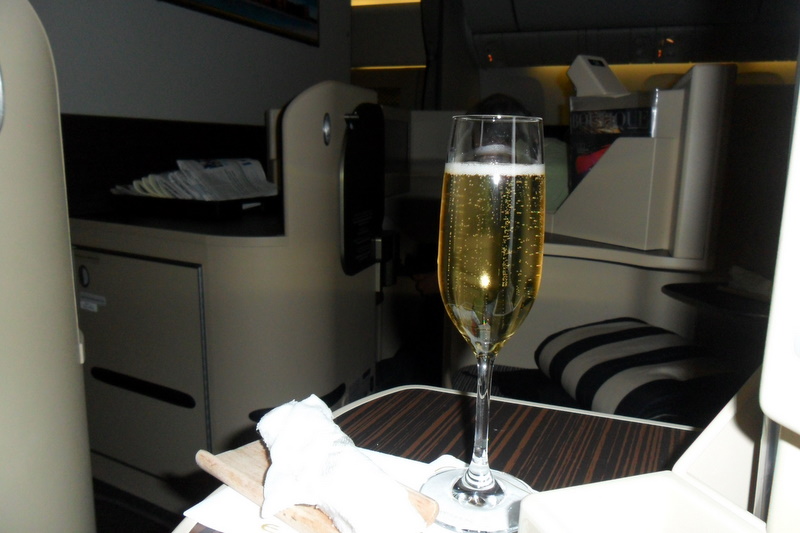 My Christmas and New Year trip to Thailand got off to a great start when Etihad upgraded me from economy to business class for my flight from London to Abu Dhabi. Champagne was served before take-off, there was an ‘Anytime Kitchen’, and an a la carte menu that read like a long list of anagrams. Do business class people eat pie and chips? 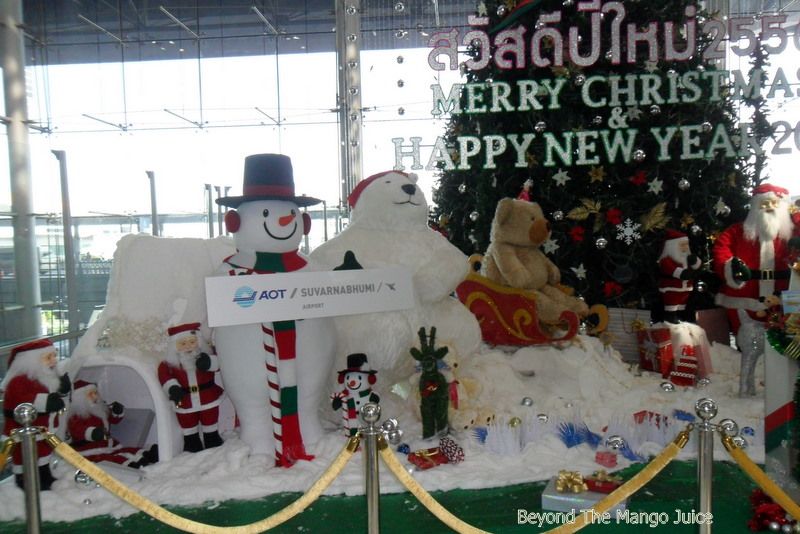 We landed early morning at Suvarnabhumi International Airport and with a seven hour wait until my flight to Udon Thani I took in a few of the sights around. Little did I know Frosty the Snowman would also be waiting for me in Udon Thani.

The temperature in Udon Thani on my first night was cool to cold, but the six days since have been considerably warmer. Daytime temperatures have been 30 degrees plus. I’m not complaining. 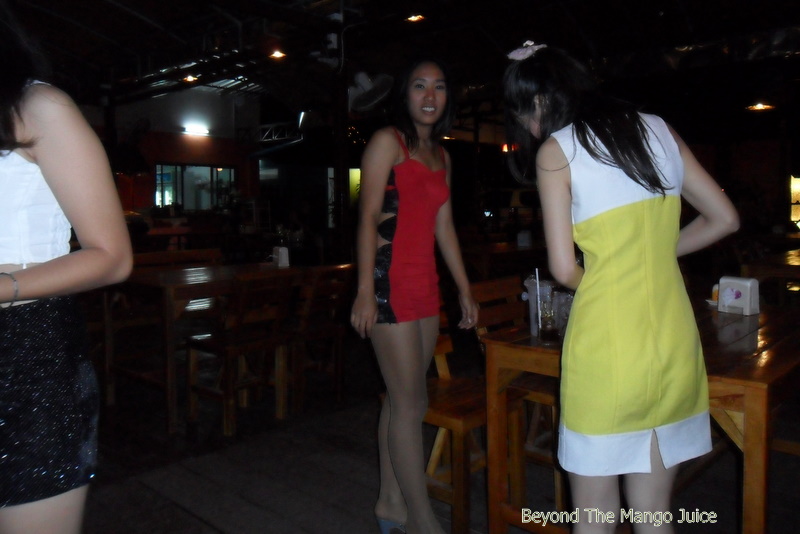 The pretty faces and long legs of the waitresses at the superb Rohng Dteum Restaurant (opposite Tesco Lotus) on Udon Thani’s ring road would have melted the heart of Frosty in seconds. Tasty Thai and western food with a ‘lovely’ view. 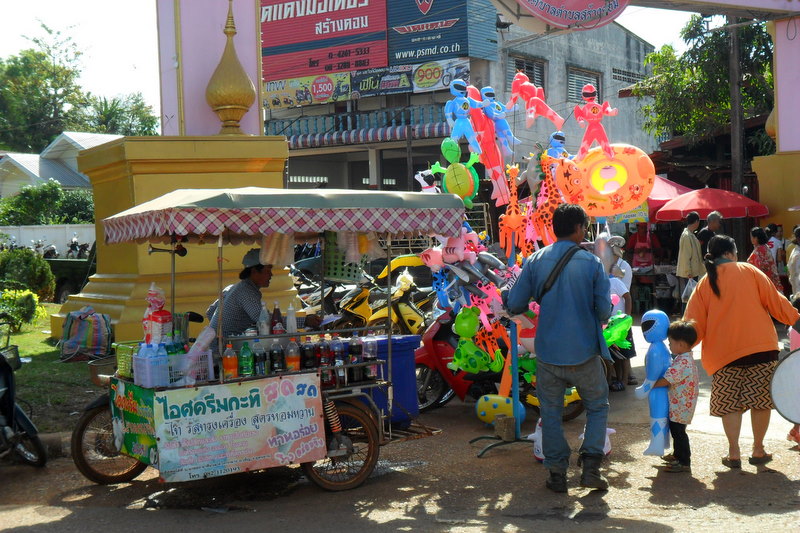 Sang Khom is a small town a couple of clicks from our village house and is a place set back in the dark ages. That was until one month ago when a Tesco Lotus Express opened near the market square. Previously, Sang Khom didn’t even have a 7-Eleven.

The picture above was taken on market day and next to a soft drinks vendor  spacemen float in the air and suggests in Sang Khom’s world Neil Armstrong is just days away from landing on the moon. In Sang Khom, Doner Kebab is a Hollywood film star. 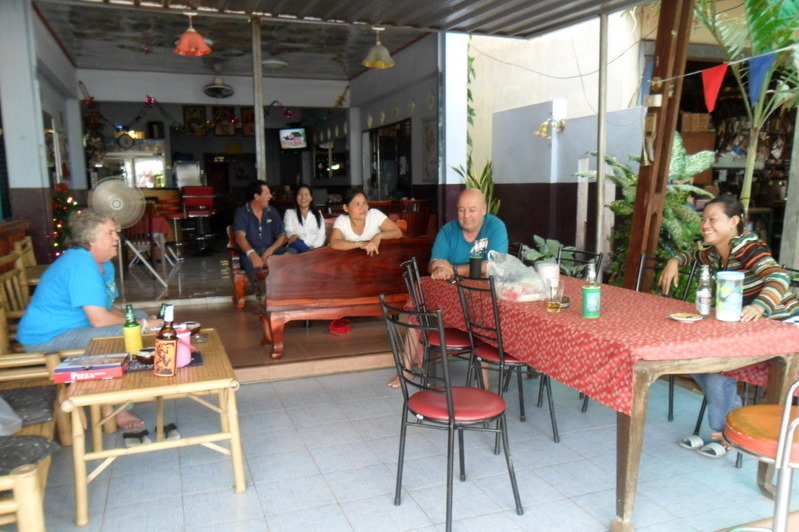 On Boxing Day myself and Wonderful Wi spent a couple of hours in Ban Dung. She went for a traditional Thai massage and I opted for a typical western watering hole. The photograph shows the Igloo Bar warming up for a festive day’s trade. 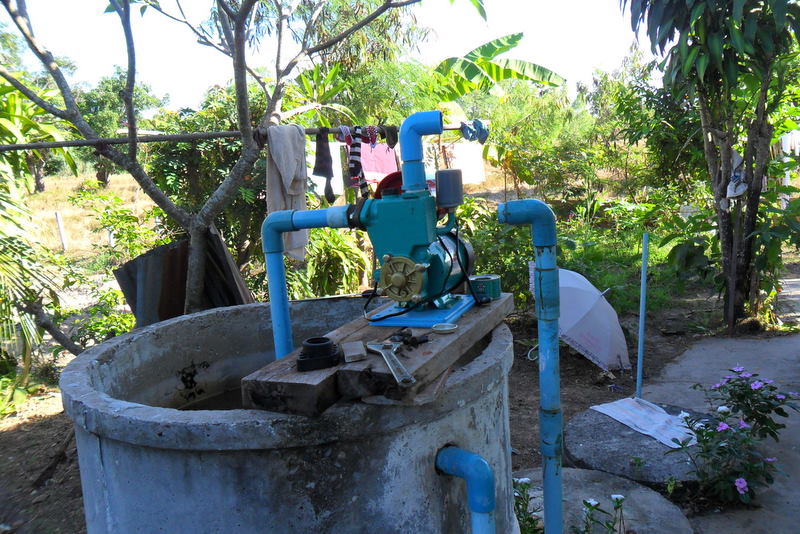 On this trip I seem to have put the Jinx of Jonah on everything I get near to. The car battery went on day two, the following day my laptop went dead (my fault) and the water pump which services our house coughed and spluttered to a bitter end. 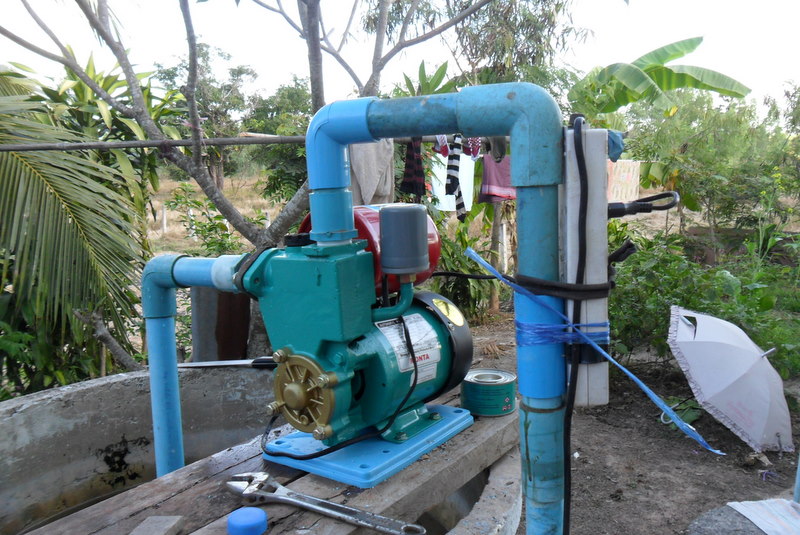 Despite this post’s title, I’m not a plumber…. far from one, but armed with a hacksaw blade without its G-frame, a screwdriver way too big, an adjustable spanner and a few plastic pipe fittings I set about plumbing the new pump (1,500 baht) to the house inlet pipe. I think the job I did looks pretty neat. 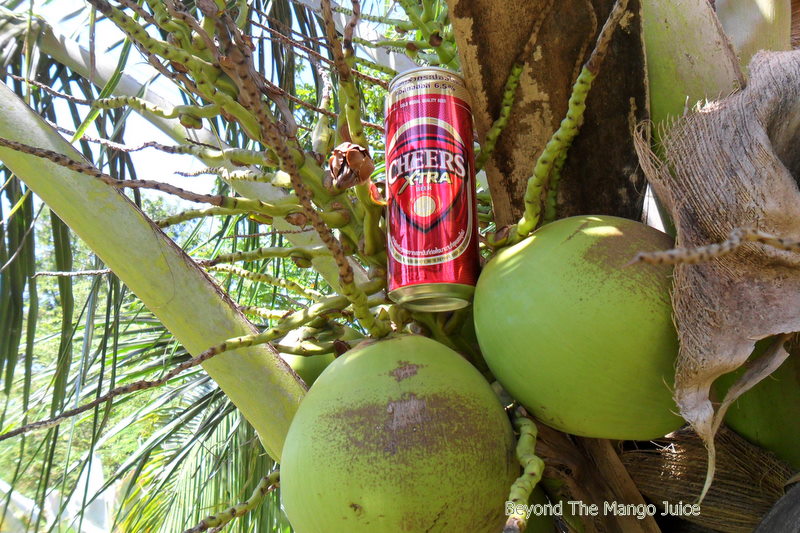 Best wishes and have a very happy New Year from myself and Beyond The Mango Juice.