What is the Best Mixer Drink With Thai Lao Khao Whiskey?

In Thailand, Lao Khao rice whiskey is well-liked among rural people due to its cheapness and powerful alcohol strength. Lao Khao is known as ‘rocket fuel’, and many westerners have made the mistake of tackling the rural brew neat. The odour and taste are terrible (to us mere mortals anyhow), and a shot of Lao Khao must rate on a par with licking every armpit in a Bangkok sweatshop. It tastes repulsive.

During my many years of travelling to Thailand, I occasionally have drunk Lao Khao whiskey and witnessed the effects it can have on some people who drink it to excess. Lao Khao can seriously carpet bomb your brain, and a large bottle costs about 110 baht (US$3). That’s a dangerous combination. 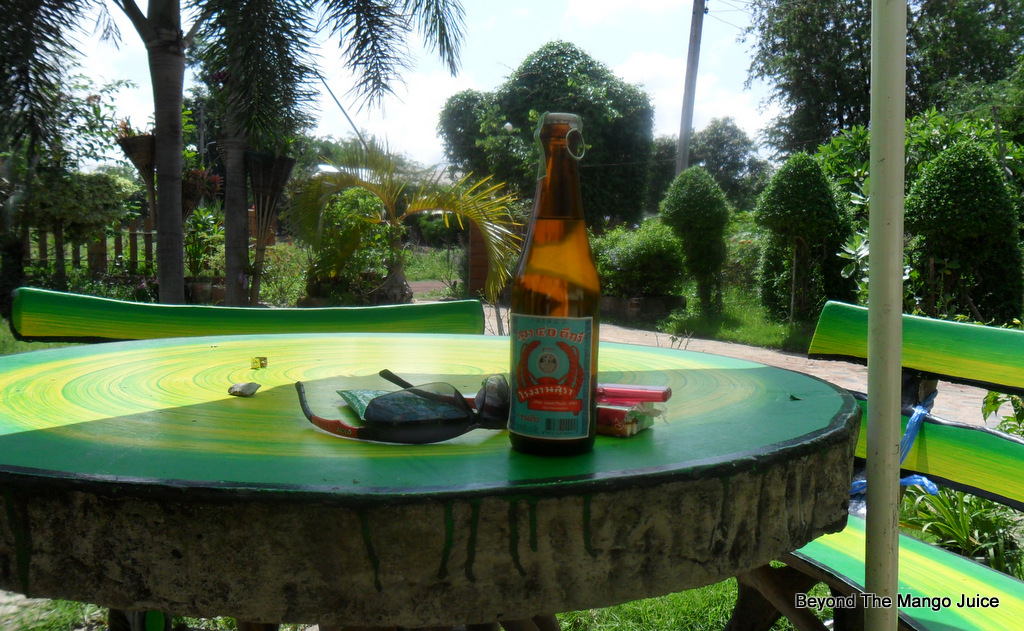 l decided to put Lao Khao to the test by trying to find the best mixer drink to overpower Thailand’s infamous rice whiskey’s sharp erosive taste. To transform its pungent flavour into a more piquant one. Would I be able to clip the ‘Wings of an Angel’ onto rural Thailand’s ‘Raging Bull’?

I selected five mixer drinks: Coca Cola, M-150 (a type of Red Bull energy drink), Orange Juice, Soda Water and 7 Up. The rules for the test were such; 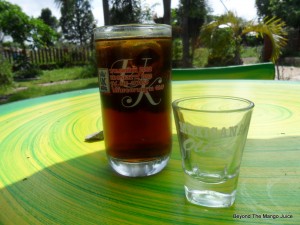 I honestly thought Coca Cola would have a good chance of winning my Lao Khao mixer drinks taste test. Coca Cola has a strong flavour, and I guessed it would punch its weight in a 3 and 1 mix with Lao Khao.

How more wrong could I be, this one tasted appalling. The first sip was dreadful, and I will admit after a few sips it got marginally better, but the Coca Cola was clubbed senseless by the rice whiskey. This one had a pure strong Lao Khao taste to it, and I won’t be having anymore. Score 4/10. 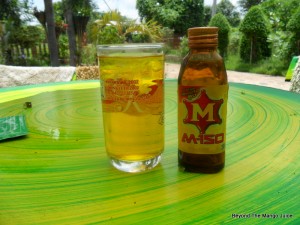 I rated this combo as being favourite for the crown as the ‘Best Lao Khao Mixer Drink’. Would it meet my high expectations?

M-150 is an energy drink similar to Red Bull and is Thailand’s top-selling power drink. Mixed with Lao Khao it had a very agreeable taste. The energy drink’s fruity flavour rose above Lao Khao’s savage, sour bite and fashioned a brew with a sharp berry zest. The result was a first-rate drink. Would I have another one?… Yes, and it scored an admirable 7/10. 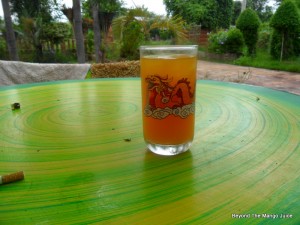 I was a bit hesitant about this one and guessed Lao Khao would swamp pure orange juice and concoct a biting, curdled rice whiskey tang. I sat down at the garden table and took a tentative first sip of the improbable couple.

The combination wasn’t quite heaven, but I did find myself floating near the clouds. This one tasted excellent, and I thought hard about what its aftertaste was. Its flavour wasn’t quite orange juice, more like orange peel, and then I narrowed it down more. The piquancy was similar to tangerines, and Lao Khao mixed well to produce a mild sour smack. I rated this drink highly enough to score it 8/10. 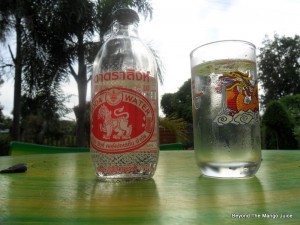 I have drunk regular Thai whiskey and soda water many times before and found the mix to be pleasant. However, I feared Lao Khao would be too intense for this low-flavoured mixer drink. I wasn’t looking forward to testing this one.

My inkling about soda water’s ineffectiveness was not wrong. To describe this drink as horrid would be dressing it up. The strong Lao Khao taste was unmistakably still there.

Lao Khao and soda water is an ideal drink to offer house guests who have outstayed their welcome. A potion you’d be wise to knock over rather than knock back in one. It scored a very beastly 1/10.

Lao Khao and 7 Up 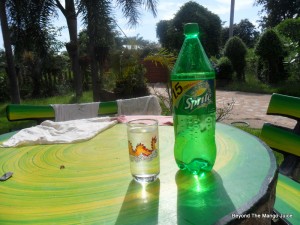 7 Up soft drinks have a fizzy lemon and lime taste, and I felt its bright, sharp kick might be enough to grab Lao Khao by the butt and two-step it to the winning line. It was a hot afternoon, and I was looking forward to sampling the last of my Lao Khao mixer drinks.

This one was remarkably refreshing and an instant hit with me. Lao Khao and 7 Up is a fresh, thirst-quenching cocktail with a bite. The mixer’s lemon and lime fizz suffocated Lao Khao’s foul flavour to kindle a drink strong enough to stagger the most hearty stag party. It was that good I bought another bottle of Lao Khao that afternoon and drank until the sun settled down.

Lao Khao and 7 Up scored a very slurred 9/10 and was the overall winner of my ‘Lao Khao Best Mixer Drink Taste Test’.

Do you have a favourite mixer drink which swigs sweet with Thailand’s Lao Khao rice whiskey?

Footnote – I’d like to say thank you to everyone who sent Get Well cards and emails to Udon Thani Alcoholics Rehabilitation Centre for my well being.  I’m doing fine now, and my recovery started the day the hospital canteen banned 7 Up from its drinks vending machine. I’ve even stopped singing ‘Show Me the Way to Go Home’. That’s real progress. Cheers.