The Ever Changing Face of Udon Thani

If you stay away from a place for a long while when you return any changes to it, even minor ones, are most obvious to you. Over the past couple of years Udon Thani city has had a makeover which might not seem remarkable to those living there but to someone like myself who stays in the city two or three times a year then the changes are very clear. I’m sure anyone who hasn’t been to Udon Thani in the past five years would notice a big difference if they arrived there today. 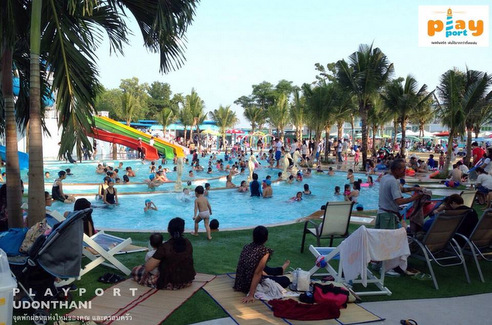 The biggest changes to  Udon Thani are evident in a tonne or two of bricks and mortar… and some water. Central Plaza Shopping Mall was completed in May last year, Villa Market and Landmark Plaza opened their air-con doors earlier this year and this month Playport Udon Thani Waterpark made its big splash in the city. A big splash it is too, because for local Thais, expats and visiting tourists like myself, Udon Thani’s new waterpark is a much-needed addition to the city’s moth-eaten tourism brochure.

The wheels of progress might knock over the Udon Thani stayaway if they returned today because there’s now enough supermarket trolleys in the city to seriously threaten to shake the wheels off the local day markets and the fruit and veg sales their vendors depend on.

If you are visiting Udon Thani and need a good quality room to bed down in after a fine meal and a few drinks then Udon Thani’s famous Irish Clock bar and restaurant can offer all three. 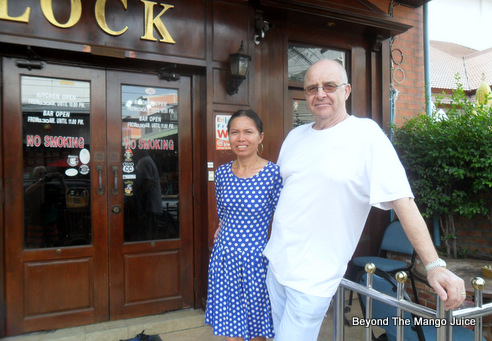 Fred and Som are now the new hands that make Udon Thani’s famous Irish Clock tick tock on Soi Sampanthamit and they are doing a splendid job keeping up the bar and restaurant’s first class reputation.

The couple took over the ‘Clock’ in March this year and having spoken to Fred in early June I walked away impressed with his plans to make Udon’s famous ‘Clock’ an even better experience.  Fred is slowly but assuredly rolling out those plans and the word in the ‘hood is the Irish Clock is ticking along very smoothly indeed.

I enjoy Udon Thani’s daytime bar scene and its bright and bouncy nightlife as well, and some of the shifts of sand there are more matter-of-fact than dynamic, but change all the same and most of it has been away from the city centre nightlife area. There has been some recent change and over the past few years new bars have appeared and old ones changed names and hands. 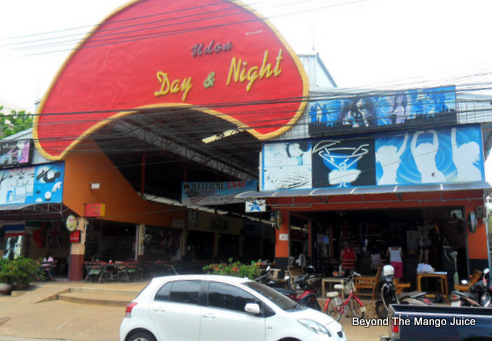 Udon Thani’s Nutty Park, the Day & Night Bar Complex (pictured above), Mr Tong’s, Model’s 59, Fuzzy Ken’s and of course the ‘Clock’ continue to pull in the punters but there are also a few other bars away from the main Udon Thani nightlife drag that are getting rave reviews from Udon’s expats.

Bubba’s Bar & Grill,  on the east side of Nong Prajak Park, attracts many expats with its popular American themed menu and a range of beers which include an 11% strength Belgian golden ale subtly named Delirium Tremens (DT’s). Despite its range of strong drinks, Bubba’s Bar & Grill’s strength lies in its tasty menu, family atmosphere and the friendly anchors of the house, Bubba and Jun. 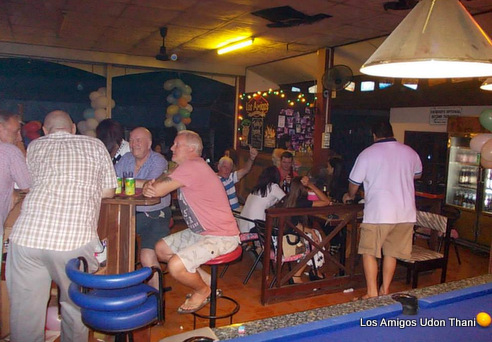 Another cracking food outlet also on Rom Yen 3 is Los Amigos (pictured above). Dutchman Casper and his Thai partner Woun are cooking up a storm of happy customers at Los Amigos where the menu includes Tex-Mex cuisine, Indian curries, big burgers, pizza and kebab. The bar is attracting more and more patrons each week and its menu is one big reason to explain its increasing popularity.

Who ate all the pies? 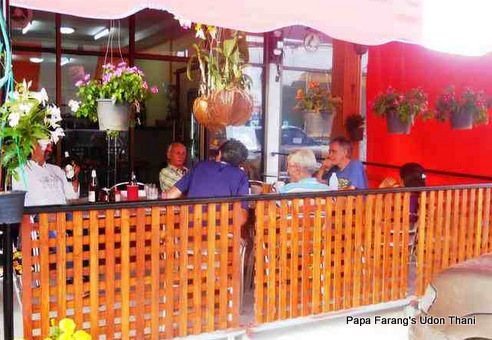 I intend eating a few pies myself when I visit Udon Thani  during the fast approaching Christmas and New Year period. I like my western food and this year Udon Thani has seen the arrival of a new bakery business, sweetly called Papa Farang’s, and it’s quickly grabbed a large slice of the city’s western food business. 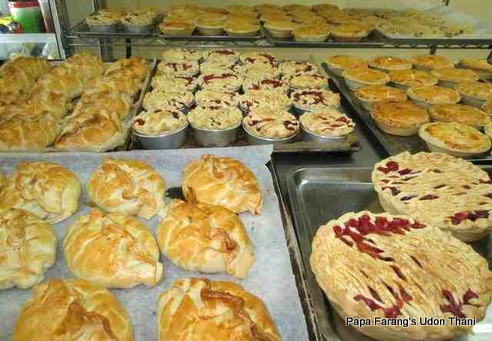 Papa Farang’s started its business life as a small bakery on the outskirts of the city selling homemade meat and fruit pies, pasties, bread, muffins, bagels, as well as quality hams, bacon, sausages and other meat products. The bakery opened in June last year and since then business has boomed and the ‘dough’ has rolled in daily. 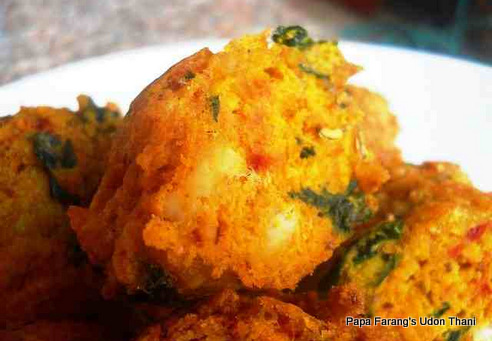 The one-time bakery business has now added to its business wings a café/bar with a menu which includes a popular British Sunday Roast and a range of Indian curries, rotis, samosas and pakoras to eat in-house or to takeaway. Pictured above is Papa Farang’s tasty looking spicy chicken and spinach pakora.

I’ll be checking out and posting a full review of Papa Farang’s in the New Year but I can’t guarantee it’ll be a calorie free one.

Udon Thani is changing at a fast pace but for its community of Thais, expats and passing tourists the change appears to be very much for the better.[dublin-core-metadata]